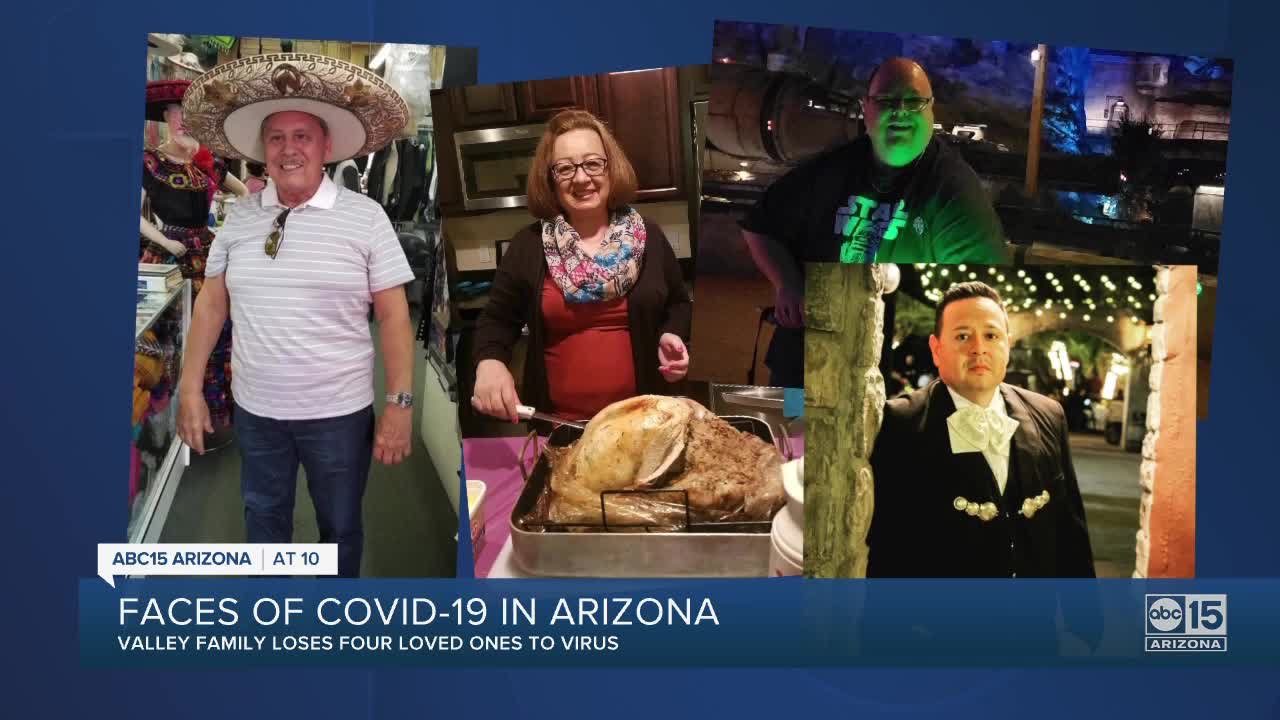 A Phoenix family is mourning the death of four family members that died from complications due to COVID-19. 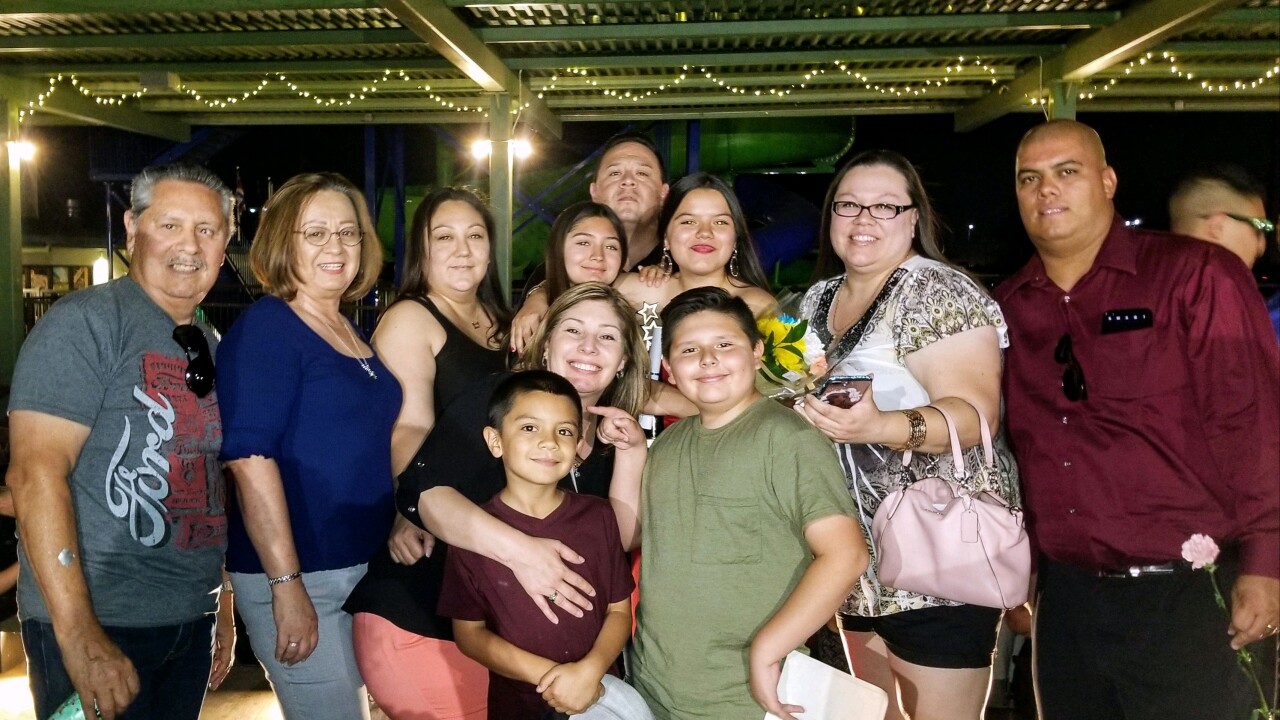 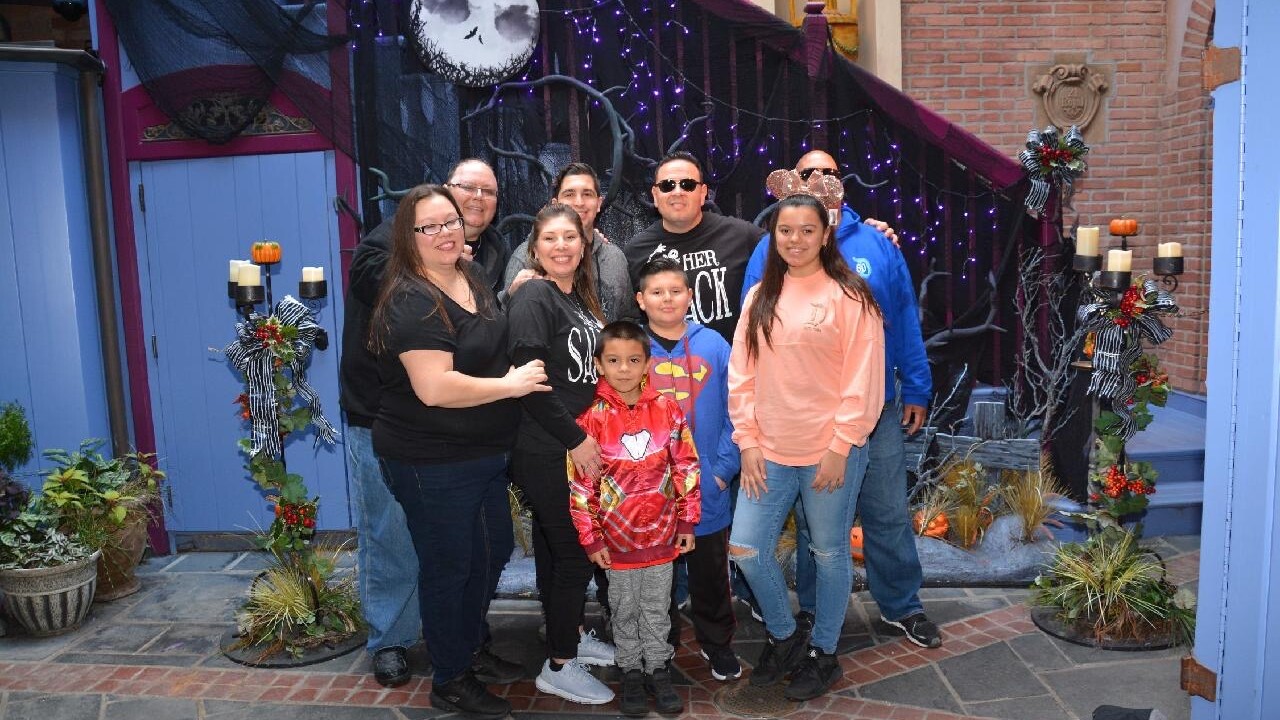 PHOENIX — A Phoenix family is mourning the death of four family members that died from complications due to COVID-19.

The Beltran family was very close and often celebrated birthdays, vacations, and holidays together.

Jessica Beltran is one of two sisters. She lost her two brothers and both her parents to the virus.

"It's hard, more than half of my family is gone," she said.

Her father Gilberto was 75, and Jessica said he never met a stranger. Their mom Irene was 66 and was a retired teacher's aid. Gildardo, 45, was a rental bus driver at the airport. Pablo was 42 and a father of two.

Pablo's wife, Teresa Rodriguez said he was an amazing husband and father.

"There's nothing in the world that we didn't get because of him. He was absolutely amazing," she said.

Rodriguez said the older brother got COVID first. The family had gotten together, not knowing anyone had been infected, and they all got sick. Gildardo was hospitalized and passed away first.

"My mother in law was in the hospital for about a week and a half before she went on a ventilator. My husband skipped the ventilator altogether, he ended up on ECMO four days into his stay," said Rodriguez.

Pablo was in the hospital for 50 days. Rodriguez said he loved music and DJ'ed around the Valley as a hobby. He was very close to his sons.

"Life will never be the same for us. We're just going to have to learn a new normal and a new way of living. But there's not a day, an hour, a minute that doesn't go by that we don't think of him and miss him," said Rodriguez.

Rodriguez and Beltran said they want others to be careful.

"We just gathered as a family and thought we would all be ok and we all ended up sick," said Rodriguez.

"This is very real. Wear your mask, take care of each other. Everybody always thinks, 'not us. It won't happen to us,' and it happened. It hit us hard, and it hit us fast," said Beltran.

Rodriguez said she is grateful for the team at St. Joseph's Hospital that took care of their family members. She said she was able to say goodbye to her husband in the hospital.

If you're interested in helping, family members have set GoFundMe pages for Jessica Beltran and her sister: https://gf.me/u/yu3iwt