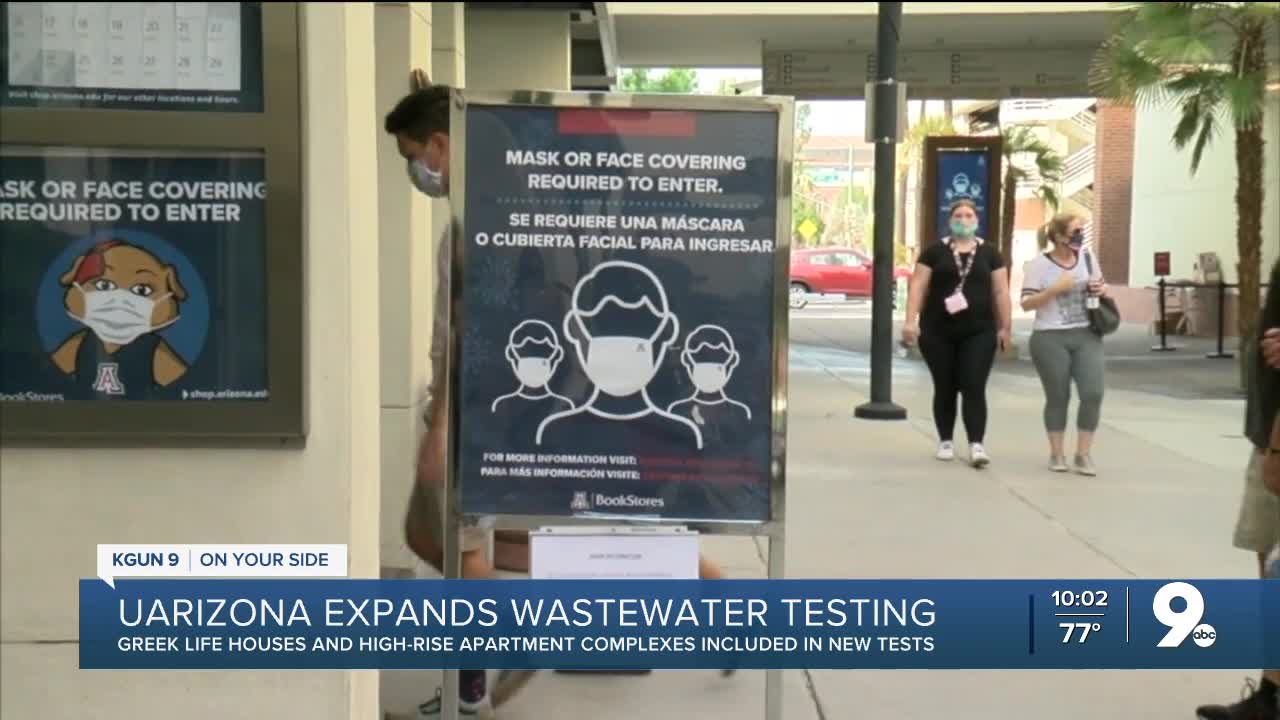 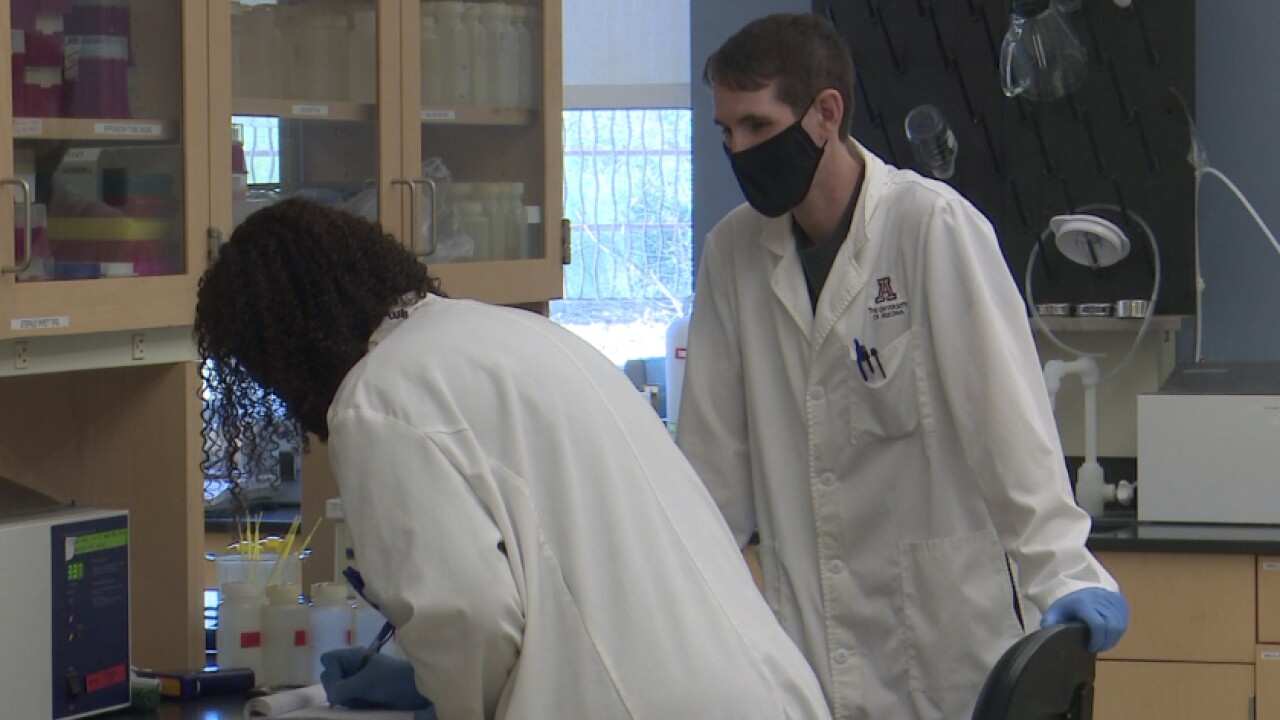 TUCSON, AZ — The University of Arizona is expanding its wastewater testing to Greek Life houses and the high-rise apartment complexes just feet away from campus.

Initially, the labs were only testing the water from on-campus residence halls.

“We are now in the process of beginning to test the high-rise apartment buildings, and also the sororities and fraternities, so that's really a big expansion and allows us then to look for people that are not staying just on campus,” said Dr. Ian Pepper, director of the water and energy sustainable technology center.

He explained if COVID-19 appears in wastewater it means someone in the community has the virus.

He said just wastewater testing has the power to monitor the progress of the pandemic in all communities.

“We can then detect infections, even if they're asymptomatic early, perhaps seven days earlier than if you wait for symptoms to appear,” said Dr. Pepper.

He added, to date, the testing has stopped eight to ten outbreaks on campus.

“I think we've helped reduce exponential spread, which has kept the case count in check, and that in turn has allowed the university to remain open, as opposed to many other universities nationally, which have seen cases skyrocket and ultimately those universities have closed up shop,” he explained.

Although the zip code the university is located in is leading the county in cases, Dr. Pepper says, President Robert Robbins’ decision to call for a shelter in place substantially slowed the spread.

Dr. Pepper explained the testing starts in the morning. Wastewater is pumped out from a manhole. Then samples are dropped off to the lab.

“The students are so excited to work on this project because they know they're making a difference, you know, they're on a very meaningful project, you know what is the difference. Oh, just saving lives, that's all,” said Dr. Pepper.

It all ends with results.

"In the future, we're proposing to use shotgun viral metagenomics, which is a process in which you can look for new novel viruses. So that may help to predict any future pandemics that may occur and wastewater-based epidemiology is particularly useful for detecting the beginning of a pandemic,” said Dr. Pepper.