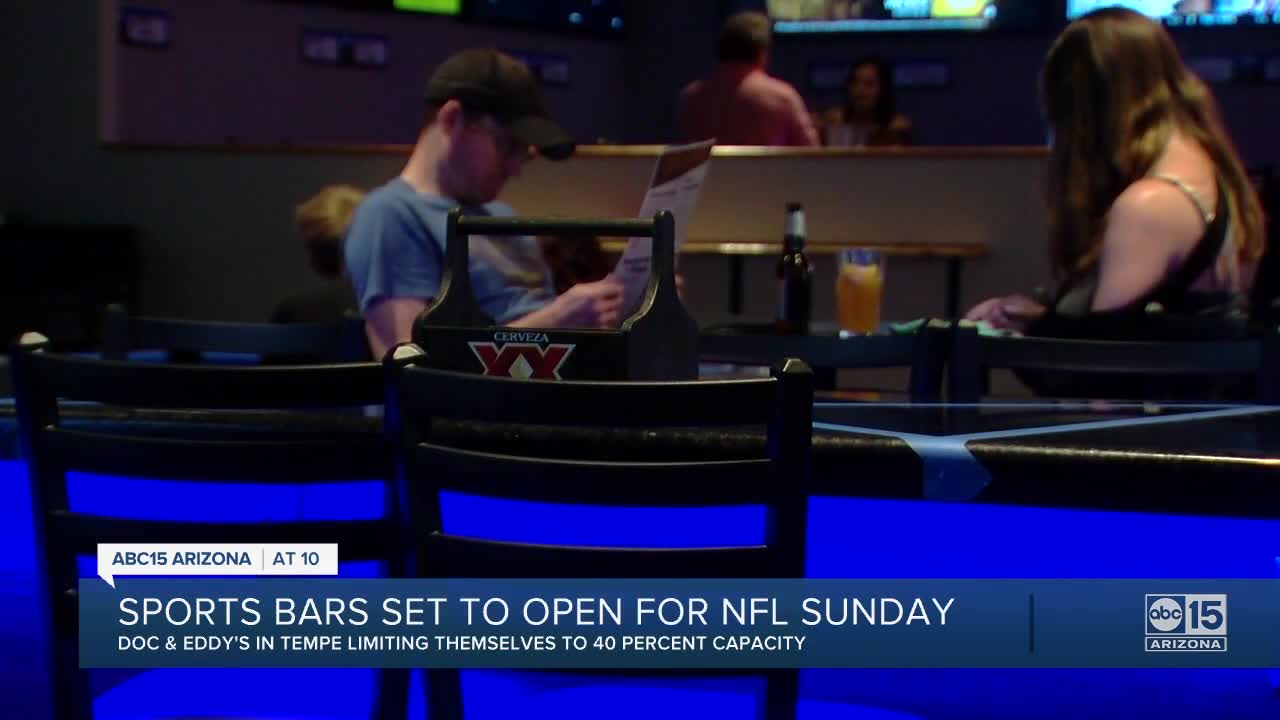 A Tempe sports bar is hoping to survive a re-grand-opening after a fire and global pandemic shut it down and kept it closed.

A Tempe sports bar is hoping to survive a re-grand-opening after a fire and global pandemic shut it down and kept it closed.

In March of 2019, Doc & Eddy's went up in flames thanks to a lit cigarette. The damage from the fire caused the bar and restaurant to close for repairs and renovations. A year and a half later, the bar has navigated through the COVID-19 pandemic for an opening just in time for the first NFL Sunday of the season.

With seven sanitization stations and a self-capped capacity of 40 percent, even though the state requires 50 percent. The sports bar is clearly not taking any chances with health requirements.

"I have a busser/sanitizer, that goes around: tables bussed, sanitized," said Cleary. Pool tables, arcade and other bar games are shut down to limit high touch areas. Patrons are only allowed at their tables, where masks can be taken off, and walking is only permitted when going to the restroom or entering/exiting the building. Masks must be worn when walking around.

Devil's Advocate, a sports bar near the Arizona State Campus, said they will be eliminating certain drink specials to avoid customers from drinking too much and breaking mask rules. Another bar told ABC15 that they have hired a security guard to enforce mask-wearing.

ABC15 reached out to multiple bars, but all, except Doc & Eddy's, refused to go on camera, hoping to lay low and out of sight of state health officials, who have recently shut down multiple bars and nightclubs due to violating health requirements.