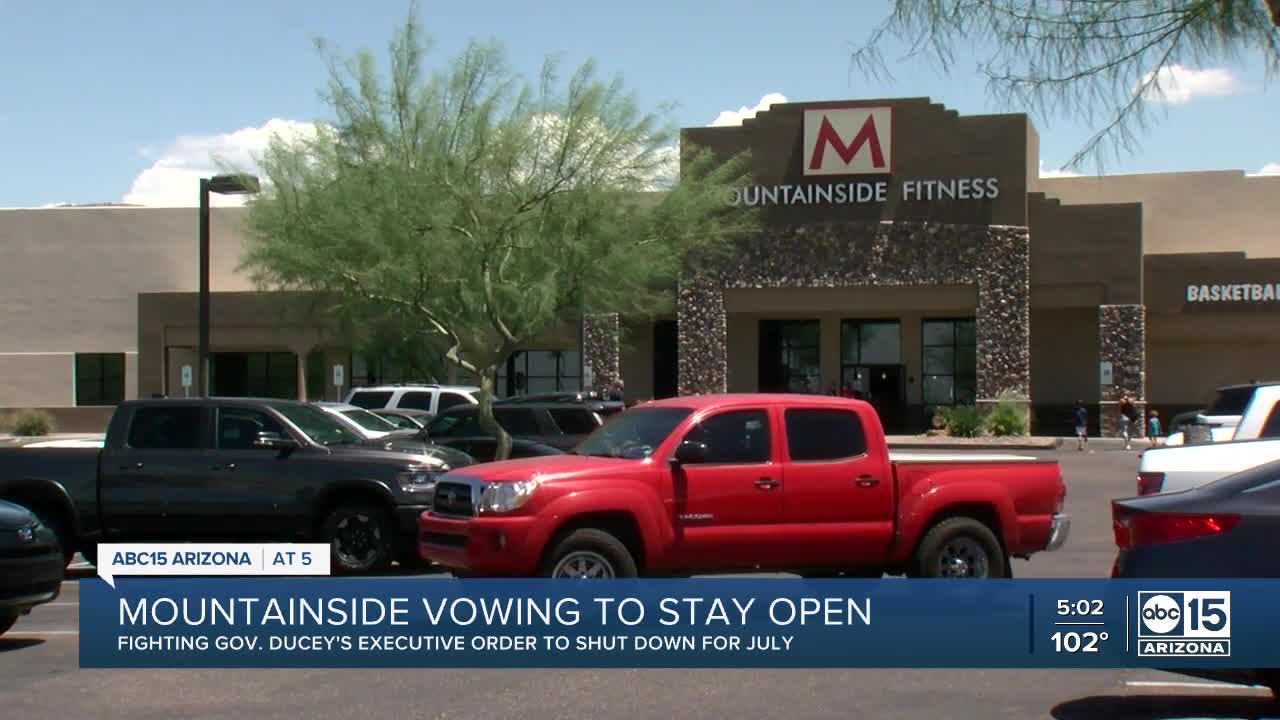 PHOENIX — The CEO of Mountainside Fitness says its locations will remain open until at least Monday, when they're expected in court to ask for a stay, potentially putting a stop to Governor Doug Ducey's executive order that shut down gyms and other types of businesses for the next several weeks.

In an executive order issued earlier this week, Gov. Ducey said that all bars, gyms, and movie theaters must close to help limit the spread of the coronavirus.

"We are going to stay open until we have our day in court," Mountainside CEO Tom Hatten said Friday.

Hatten says that if they are not granted a stay in court, that Mountainside would then comply with Gov. Ducey's order. He also told reporters Friday that he is willing to risk jail time if he is contacted by authorities over the weekend as his facilities remain open.

Life Time fitness, however, announced Friday that it will now comply with the executive action, closing parts of its health clubs after initially defying the closure order earlier this week.

In a statement Friday, the Arizona Department of Health Services said that the Life Time was coming into compliance with the executive order, noting that certain aspects of the business, including "salon, spa, food service, kids clubs, and pools" will be allowed to remain open.

Additionally, state health officials said that they would partner with Life Time to "develop examples of best practices for the fitness industry to provide technical assistance for other fitness professionals."

On Thursday, in response to Life Time and Mountainside Fitness' defiance of the governor's closure order, Arizona state health officials sent “Demand for Compliance” orders to both gyms to comply by noon Friday or possibly face a civil lawsuit.

Mountainside Fitness, which has publicly defied the order since it was put in place, remains open and Hatten said once again Friday that he feels gyms were unfairly targeted while others like dine-in restaurants and commercial retail have not been forced to close.

You can watch Friday's press conference in the player below.