Governors of several states order schools to shutdown due to coronavirus 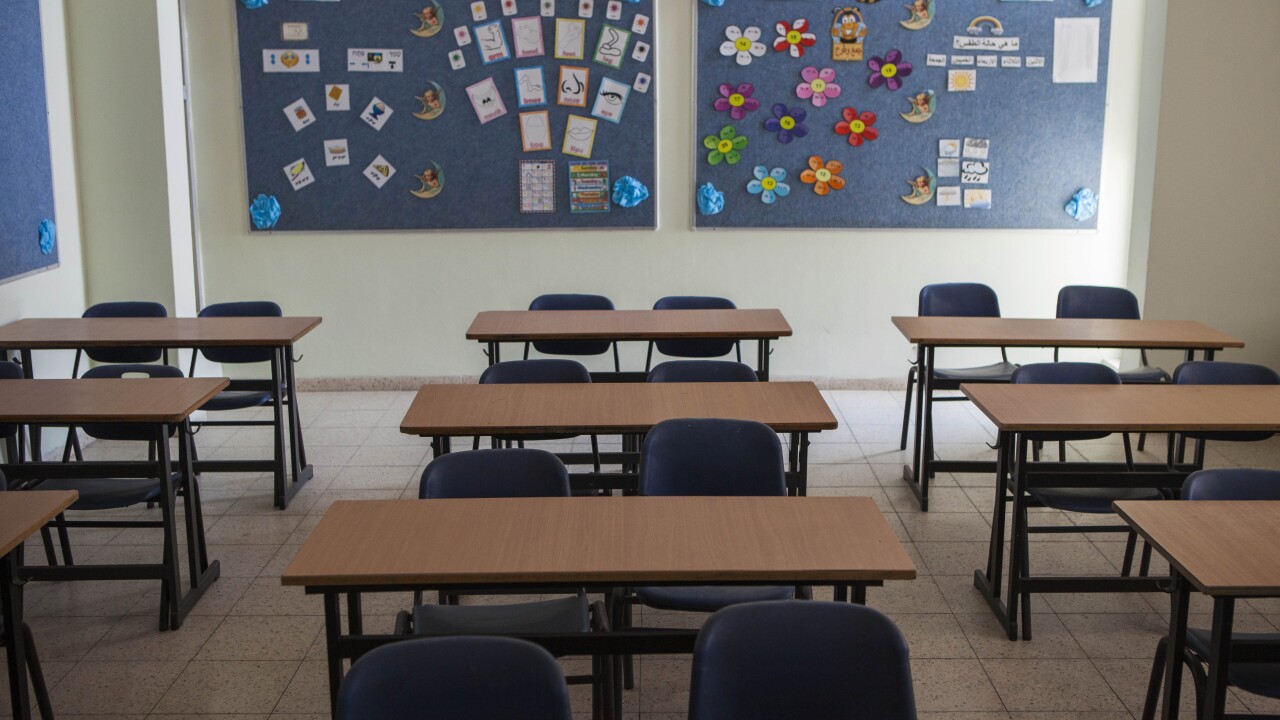 In this photo taken Tuesday, Sept. 22, 2015, an empty classroom is seen at a Christian cchool In the central Israeli city of Ramle. The Israeli school year has begun, but thousands of children from the Arab minority who attend Christian schools are still on summer vacation because of a strike to protest cuts in government funding that critics say amount to discrimination. (AP Photo/Dan Balilty)

Following the lead of Ohio Gov. Mike DeWine on Thursday, multiple state governors announced that schools will be closed for multiple weeks due to the spread of coronavirus.

Here are the states that have announced statewide school closures:

Florida: On Friday, Florida's Commissioner of Education ordered schools in the state to remain closed until March 30.

Maryland: Gov. Larry Hogan announced Thursday that schools in all of Maryland will close starting Monday for at least two weeks.

Michigan: Gov. Gretchen Whitmer announced on Thursday that all Michigan schools will be closed until Monday April 6 because of the coronavirus.

Ohio: Gov. Mike DeWine announced on Thursday that schools will close on Tuesday for three weeks. Health officials in Ohio believe that nearly 100,000 people are infected with the virus, but have only five confirmed cases as of Thursday. DeWine was the first governor to order a statewide school shutdown.

Washington: Gov. Jay Inslee has ordered the closure of schools in three Washington counties to close for six weeks. Schools in King, Pierce and Snohomish counties are ordered closed from Tuesday, March 17 through Friday, April 24.

Wisconsin: On Friday, Gov. Tony Evers directed the state’s Department of Health Services to mandate a statewide closure of all K-12 schools, public and private, beginning March 18 and lasting through April 6. The reopening date is subject to change pending further information.