Arizonans frustrated over difficulty of getting COVID-19 test, waiting for results 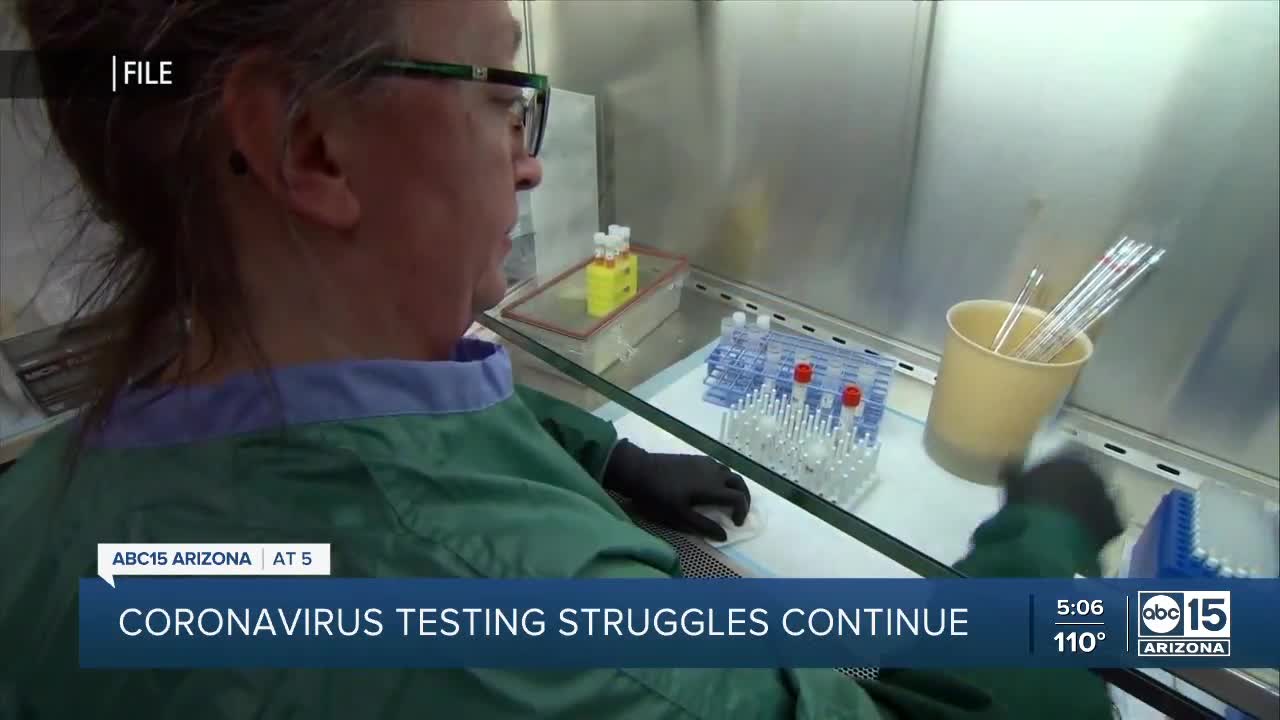 People trying to get COVID-19 diagnostic tests in Arizona are frustrated and confused, saying the process of finding a testing site is more difficult than it should be. 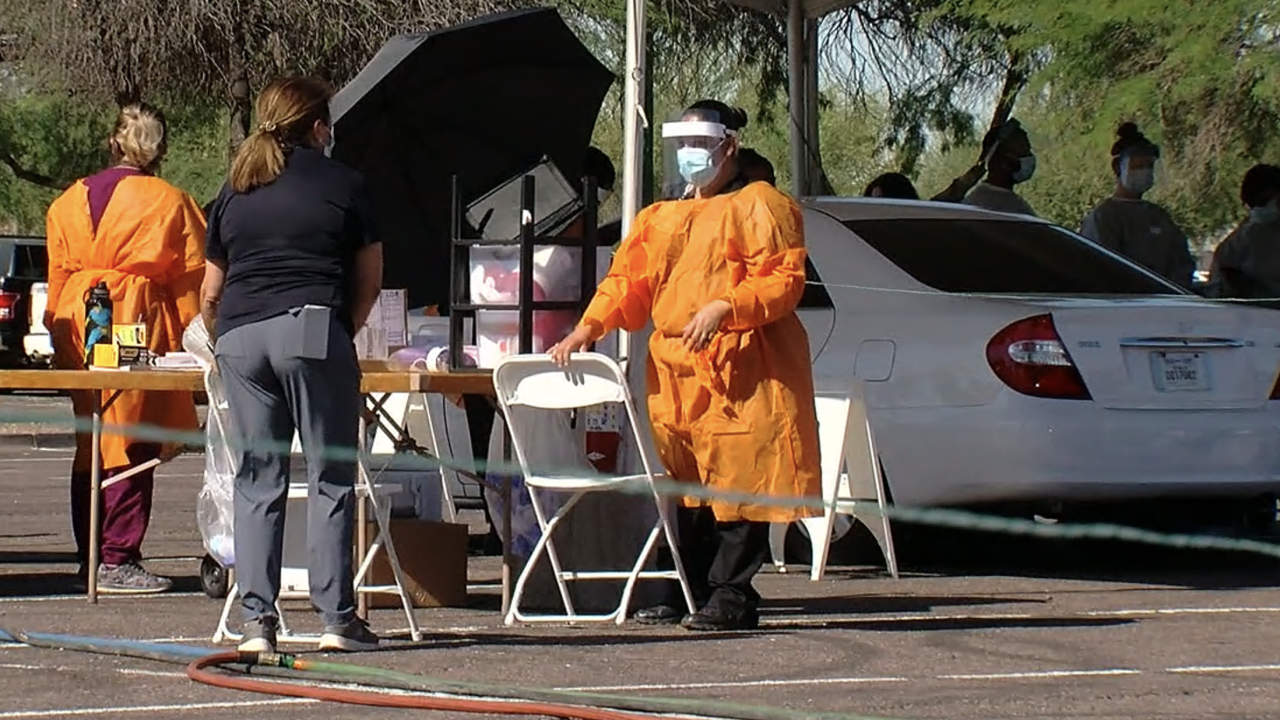 PHOENIX — People trying to get COVID-19 diagnostic tests in Arizona are frustrated and confused, saying the process of finding a testing site is more difficult than it should be.

Jana Hutchins and her 16-year-old son live in Tempe and tried to get a test after her son was exposed to someone with the virus.

"It was weird because there was this testing blitz and I thought all these tests would be available, but they're really not," said Hutchins. "I guess I was just very naive. I thought well, if we need to get tested, I'll call our primary care doctor and they'll just get us in like a flu test and just test in the office, it won't be a big deal. I wasn't worried about it. When my child was exposed, I called and they were like, 'We're out of swabs.'"

Hutchins says she called several clinics -- many only accepted patients with symptoms and others were booked up.

"The situation was either, go to an urgent care walk-in or go to Banner, and we know another family that got tested and waited five hours," said Hutchins.

They didn't want to further expose themselves or possibly contaminate others, so they decided to quarantine for 14 days.

Allison Rock in Tucson had a similar experience trying to get tested after her coworker came back positive for COVID-19.

"Even in my Google search, it was really difficult to find places that are doing tests," said Rock. "I was calling a bunch of clinics on the 3rd and everyone was saying no, we can't see you -- either you need to be showing symptoms to be seen or you need a doctor's note to be seen. Or we are taking walk-ins but it's a three-hour wait."

She finally got a test and was told it'd take up to 10 days to get results back.

She doesn't have symptoms, but she's self-quarantining just in case.

The Arizona Department of Health Services has been telling people to go to its website for a list of testing sites. The site provides a map and a list of testing locations, but each place is different -- many have restrictions and most require appointments. You have to individually call the provider to see if and when you can get tested.

Allen "AP" Powell, founder of the HeroZona Foundation, is organizing a second week of testing at South Mountain Community College July 9 and July 10 in Phoenix.

Last week, they gave out 2,000 tests. They want to double that this week, with extended hours and more capacity.

"We had no idea there would be that big of a demand," said Powell. "It shows that there's definitely a need, it shows that people are scared, people care about their health and their families. We want to make sure that we accommodate these people in this community. They need it, and we want to give it to them as long as we can."

Powell is using a Florida lab, Lab 24, to run the tests. It takes about eight to 10 days to provide results.

Anyone with a valid ID can get a test from 6 a.m. to 6 p.m. at 7050 S. 24th St. There is no pre-registration or appointment necessary to get tested, and tests will be available until supplies run out.

A spokesperson for LabCorp tells ABC15, nationally, its average result turnaround time is now two to four days due to high demand. They say they expect their capacity for molecular tests to increase from 130,000 to 150,000 tests per day by mid-July.

According to the spokesperson, Sonora Quest will be announcing a new partnership in the next week that will significantly expand its current diagnostic testing capacity over the next two months. The spokesperson said once the expansion is complete, it should allow them to reduce the result turnaround time to as little as 24 hours.

Where can you get tested for COVID-19?

If you have symptoms:

Health experts recommend you contact your healthcare provider. You can also get testing at an urgent care center -- like NextCare -- though you will most likely have to wait several hours for a walk-in appointment.

At Banner Urgent Care sites, testing is available for those with symptoms, and a provider visit is included as part of the appointment.

If you do not have symptoms, but think you were exposed:

The ADHS website provides a list of testing locations, but not all of them allow asymptomatic patients. You have to check with the individual provider to see what the requirements are and if you have to make an appointment. Several private clinics have available appointments.

Banner's drive-thru testing site has roughly 1,000 appointments available at the site each day, and it's open Monday through Saturday. You have to reserve a spot to get a test by calling 1-844-549-1851 to make an appointment. Due to high demand, appointments get booked quickly.