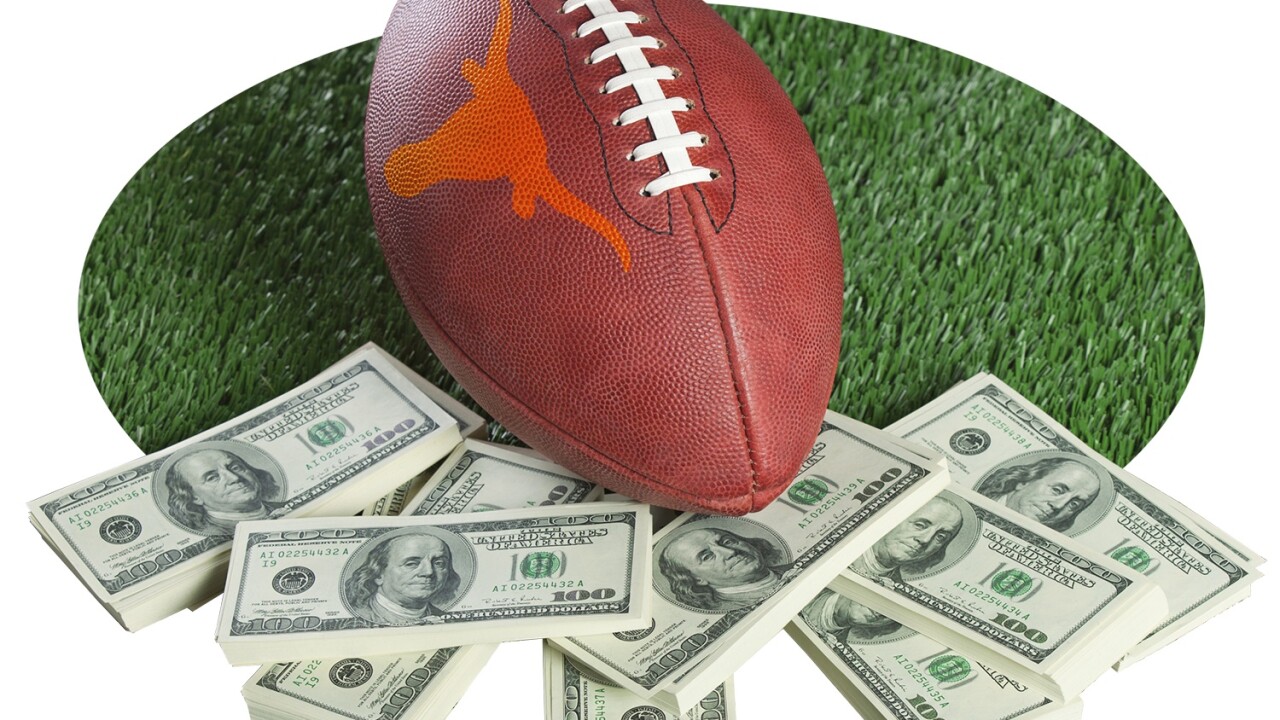 The well-worn adage that everything's bigger in Texas definitely applies when it comes to college football.

In the past three years through 2018, Texas A&M's annual average profits from college football were $94 million, tops in the nation, while its average annual revenue was $147 million, according to Forbes.

The UT Longhorns are nipping at the Aggies' heels, with the same revenue figure of $147 million but are in second place because of the program's paltry $92 million in average annual profits.