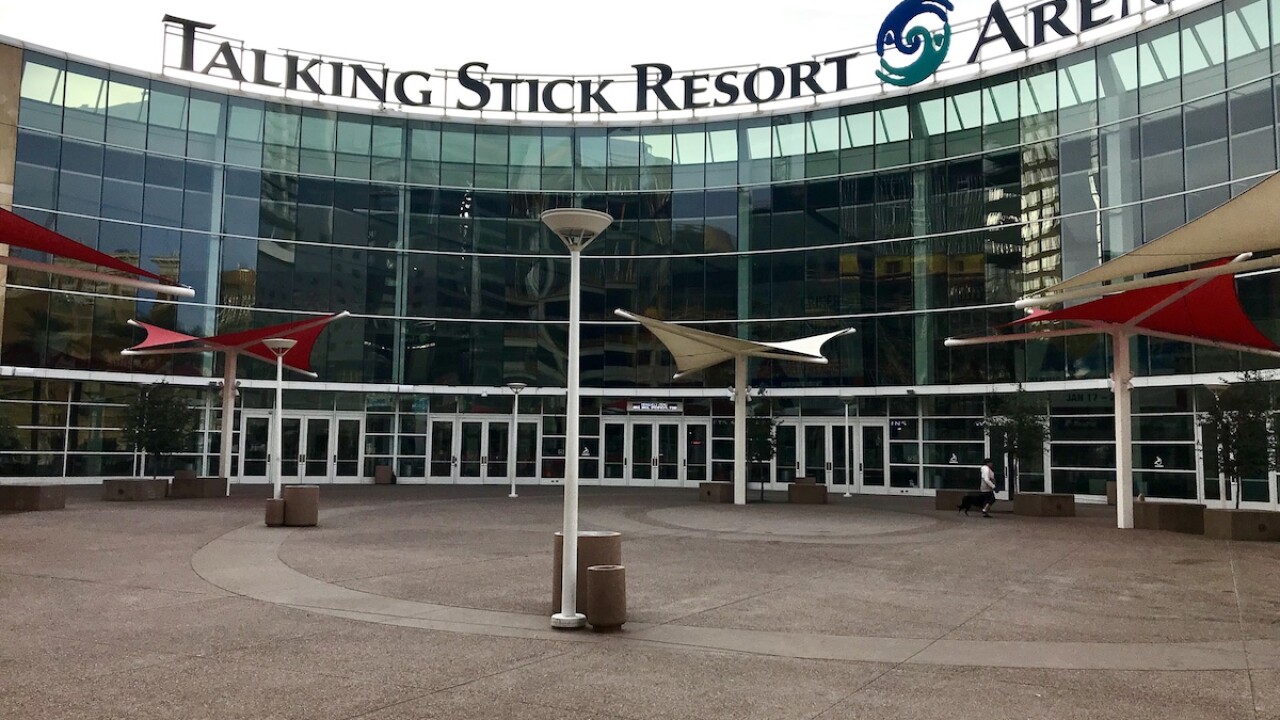 Talking Stick Resort will no longer have its name on the arena home to the Suns and the WNBA’s Phoenix Mercury. The enterprise arm of the Salt River Pima–Maricopa Indian Community decided not to renew its sponsorship of the downtown Phoenix arena after its five-year agreement ended this year.

Talking Stick Resort said in an announcement that it began negotiations with the Suns in early 2020, prior to the pandemic, to renew the naming rights, but ultimately decided not to.

For now, the downtown arena will be called PHX Arena, which seems to be a placeholder until a new naming rights deal is finalized. Talking Stick Resort sponsored the arena since 2015. Prior to that, airlines America West and US Airways had their names on the building.

While the Suns are without an arena corporate sponsor for now, the team has made a deal with Verizon Communications to sponsor its brand new practice facility on 44th Street just north of Camelback Road in Phoenix’s Arcadia neighborhood.