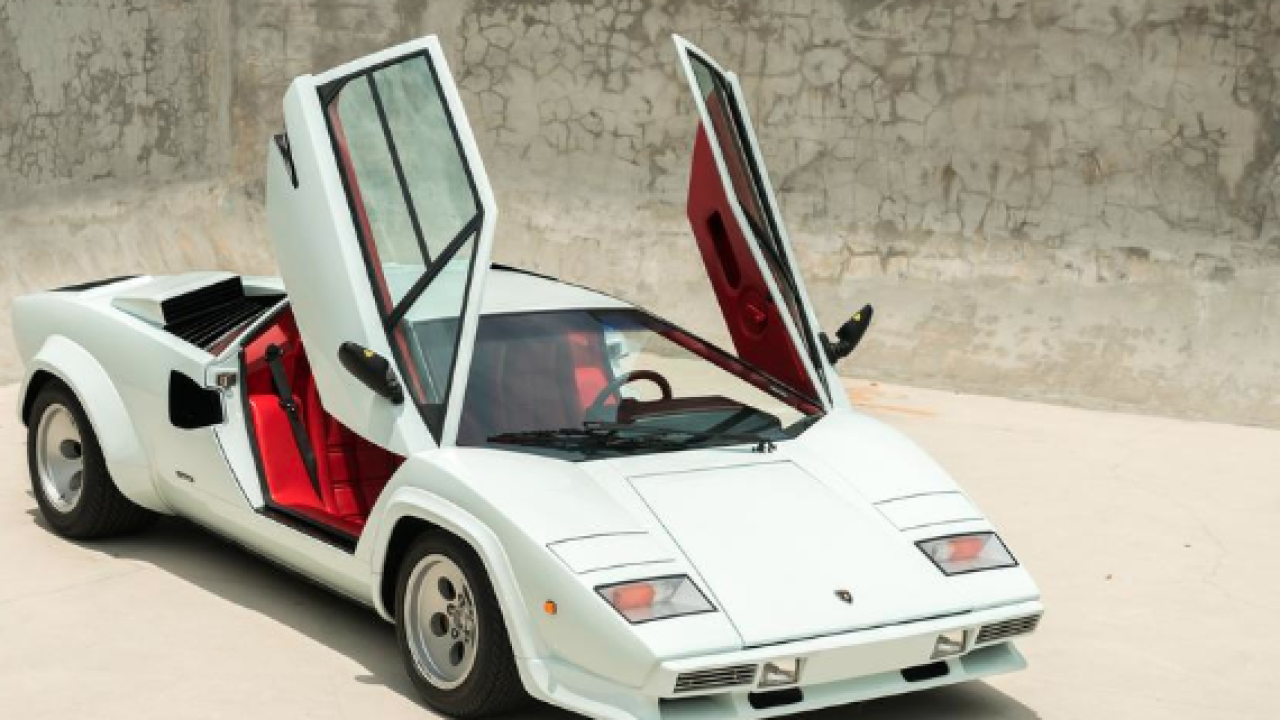 This 1985 Lamborghini Countach LP5000 QV Downdraft Coupe will be one of many classic cars featured at the 2020 Russo and Steele Collector Automobile Auction in Scottsdale.

SCOTTSDALE, Ariz. — The 20th anniversary of the Russo and Steele Collector Automobile Auctions in Scottsdale will start on Jan. 15 and feature a number of exciting collector cars, including an ultra-rare 1985 Lamborghini Countach QV Downdraft.

Known as the most powerful Countach variant ever built, the particular model offered at this year’s auction was featured in the Downdraft brochure distributed at the 1985 Geneva Salon. It was 100% restored by California-based marque specialists at a cost of almost $300,000 to exact original specifications.

“This is probably the most beautiful example of a Countach Downdraft you will see anywhere,” said Drew Alcazar, president and CEO of Russo and Steele.