Raytheon, Israeli contractor to build missile facility in the US 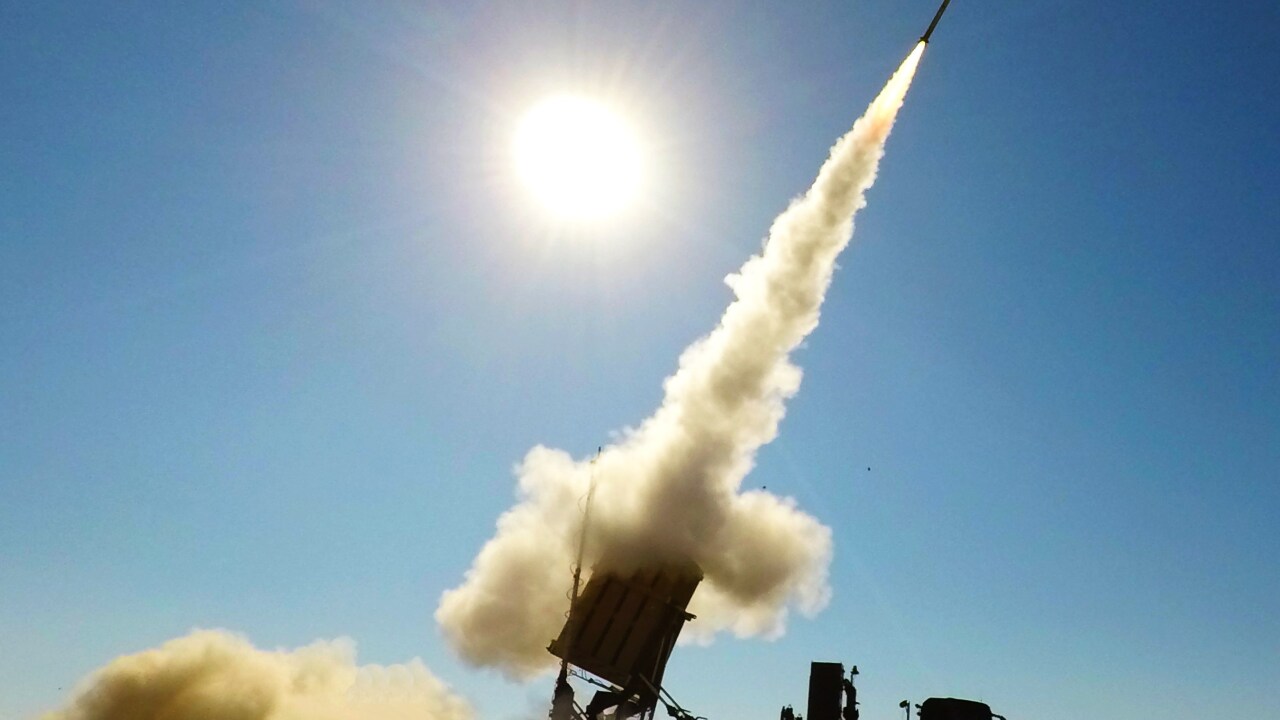 Hand-out/Raytheon Technologies
An Iron Dome launcher fires a Tamir missile to protect the citizens and infrastructure of Israel. Raytheon Missiles & Defense and RAFAEL have signed a joint venture to establish an Iron Dome Weapon System production facility in the United States. (Photo: RAFAEL)

A location hasn’t been determined for the joint venture between Raytheon and Rafael Advanced Defense Systems Ltd. Until this latest partnership was formed, all Iron Dome facilities have been in Israel.

The weapon system consists of the Tamir interceptor and launcher and its U.S. derivative, the SkyHunter missile.