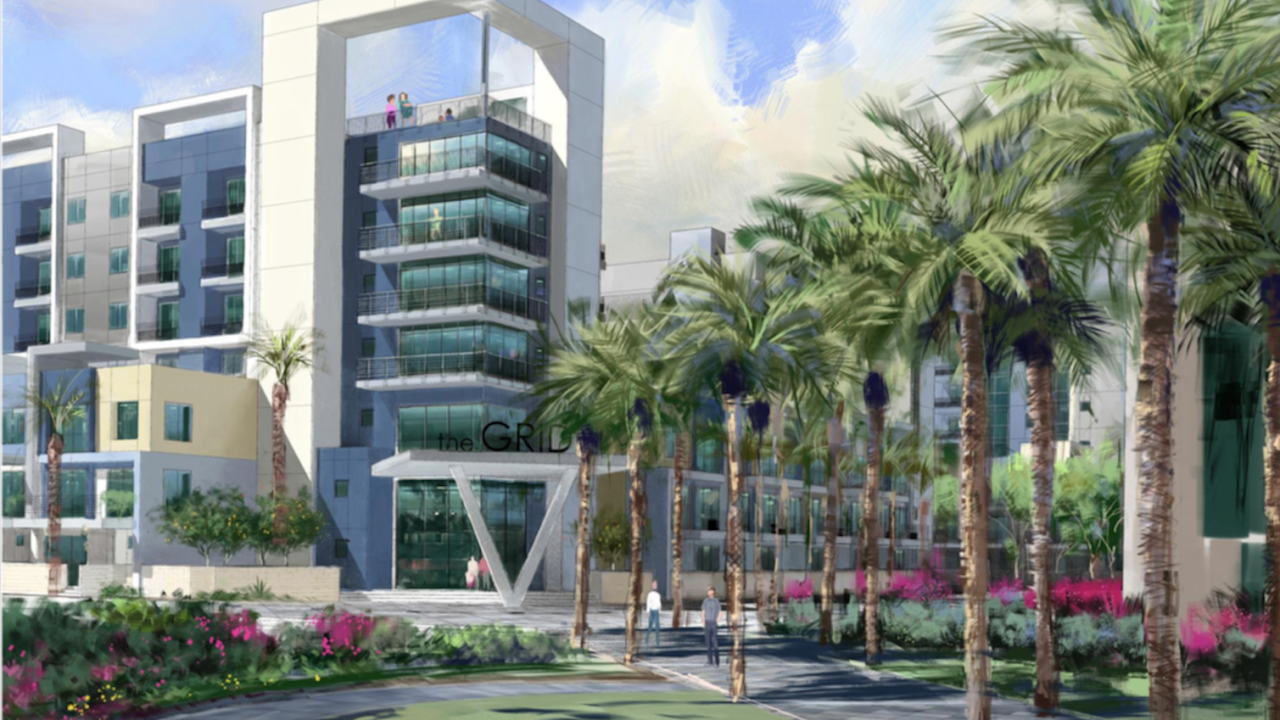 Construction began Monday on the Grid, a $75 million mixed-use development in downtown Mesa, which will include three types of housing, Class A office space and a restaurant.

The building is being developed by Palladium Enterprises, whose principals are Karrin Taylor Robson and Tony Wall.

It will be built on and around an existing city of Mesa-owned parking garage as a public-private partnership with the city.

The building will sit on 3.3 acres near Main Street and Mesa Drive.