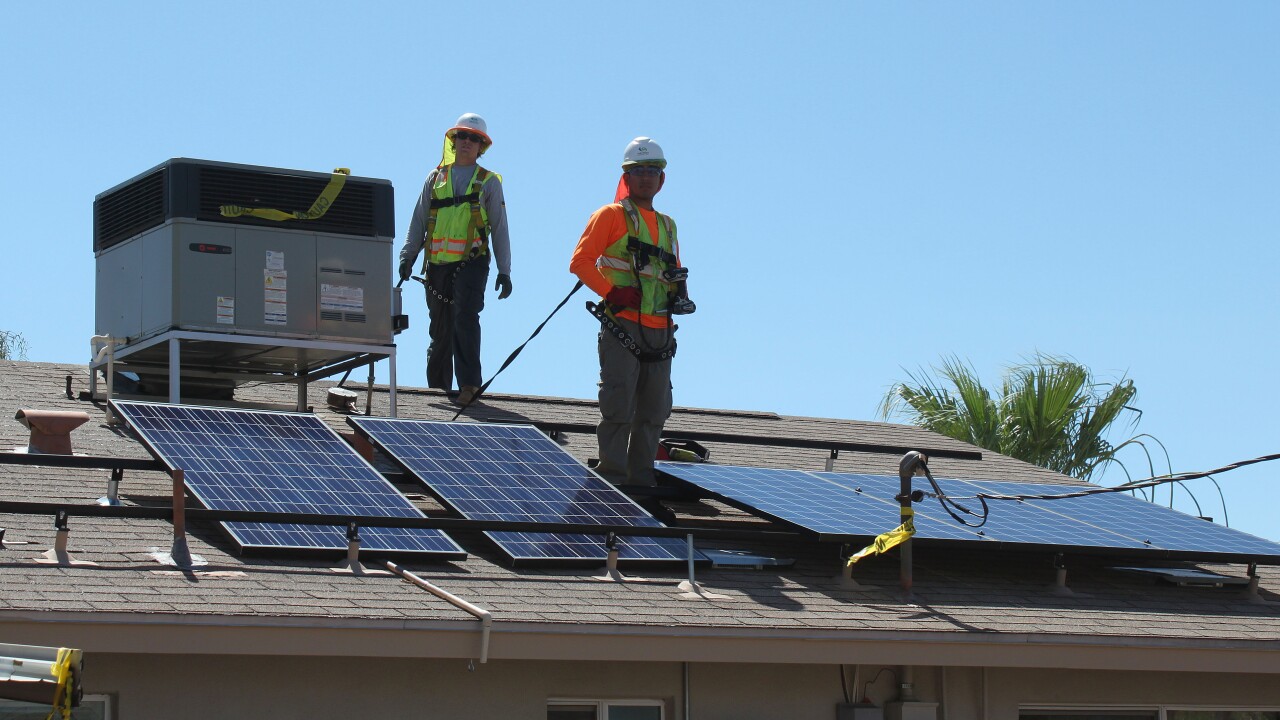 PHOENIX — Applications for residential rooftop solar installations to Arizona Public Service Co. are returning to 2016 levels, the last year before the utility changed how it paid users for extra power generated.

Those numbers represent a rebound for applications following a drop-off for most of 2018 after the Arizona Corporation Commission agreed to allow APS to lower the rate at which it would pay solar users for power.

The program, known as net metering, allows for residential solar power not used by homes to flow back to the grid.