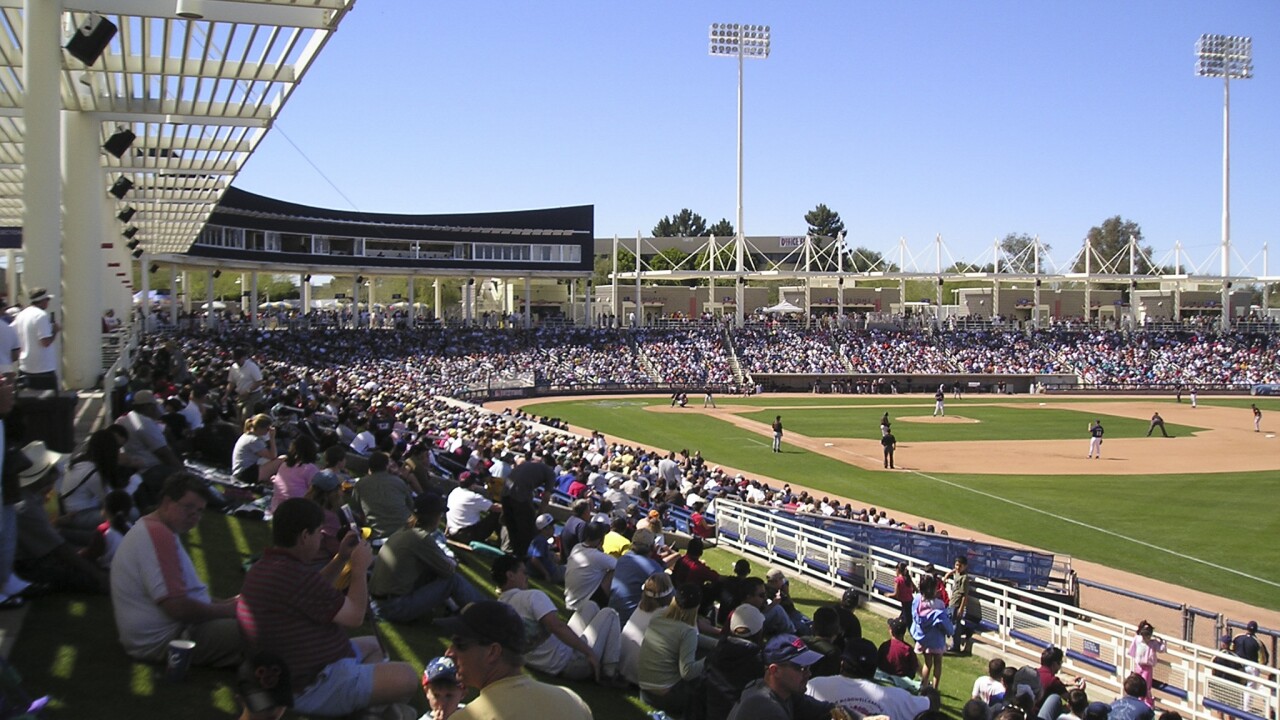 PHOENIX — Minor-league baseball players can sue big-league clubs for minimum wage violations in Arizona and other states, a federal court has ruled.

The Arizona Capitol Times reports the 9th U.S. Circuit Court of Appeals ruled players are entitled to a class-action lawsuit against the 15 Major League Baseball teams that train in Arizona every March over violations to the state's minimum wage law.

Currently, the minimum wage in Arizona is $11 an hour. It will climb to $12 in January.

Earlier this year, the Arizona Legislature attempted to pass a law exempting MLB teams from abiding by the minimum wage. That proposed bill died over concerns about whether the move would violate the minimum wage law passed by voters in 2016, according to the Capitol Times.

For the full story from the Phoenix Business Journal, click here.