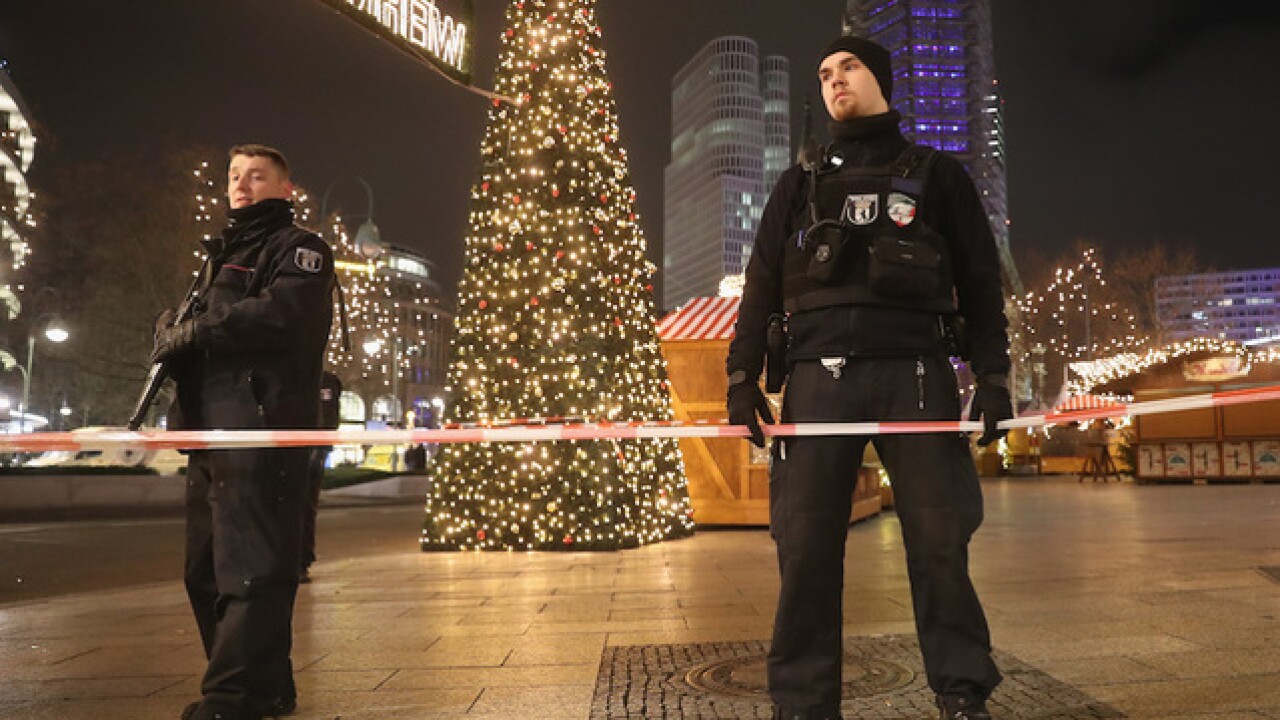 Copyright Getty Images
Sean Gallup
<p>Police stand at the area after a lorry truck ploughed through a Christmas market on December 19, 2016 in Berlin, Germany. Several people have died while dozens have been injured as police investigate the attack at a market outside the Kaiser Wilhelm Memorial Church on the Kurfuerstendamm and whether it is linked to a terrorist plot.</p>

The suspect was killed in a shootout in Sesto San Giovanni — a town near Milan — just after 3 a.m. local time, say Italian police in their Twitter feed.

When the man was asked for his papers, he pulled a .22-caliber gun out of his backpack and fired, continued the tweet.

The driver of the police car returned fire, killing the suspect. A policeman was injured in the shootout and is in hospital, according to Italian police.

Twelve people were killed and dozens injured when a truck plowed into the busy market Monday.