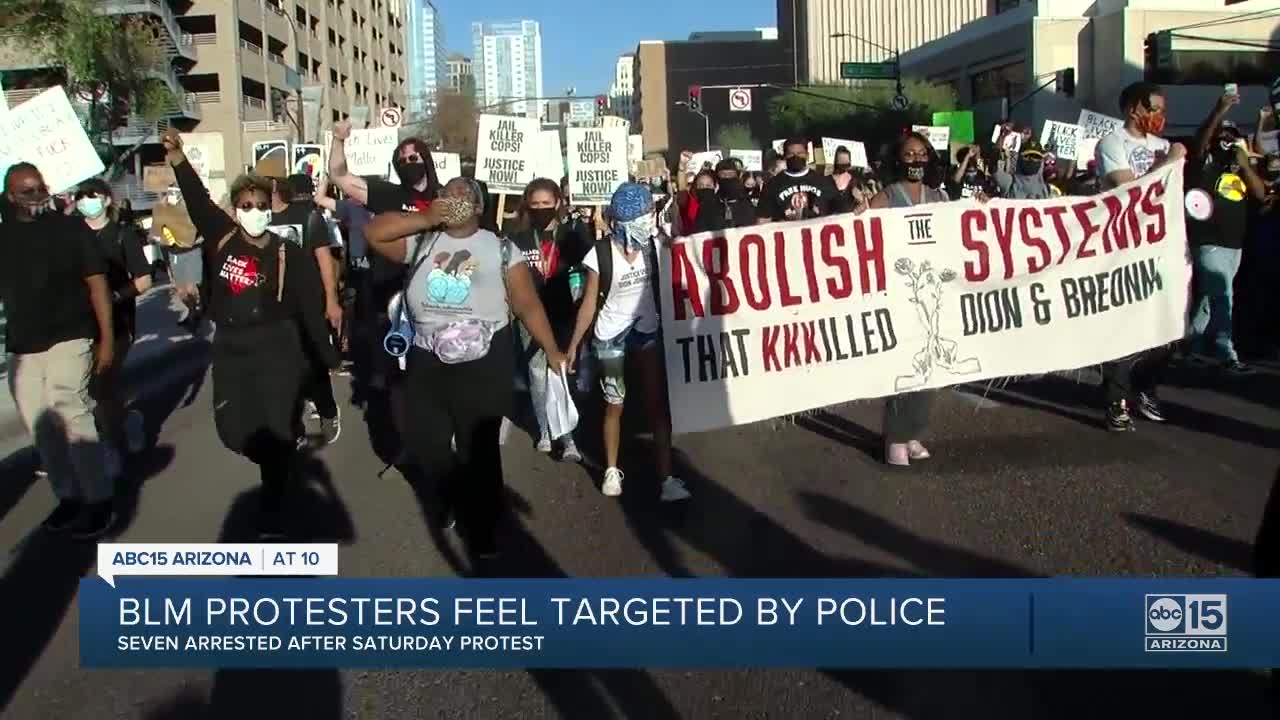 Several protesters were arrested Saturday by the Phoenix Police Department during a Black Lives Matter march. 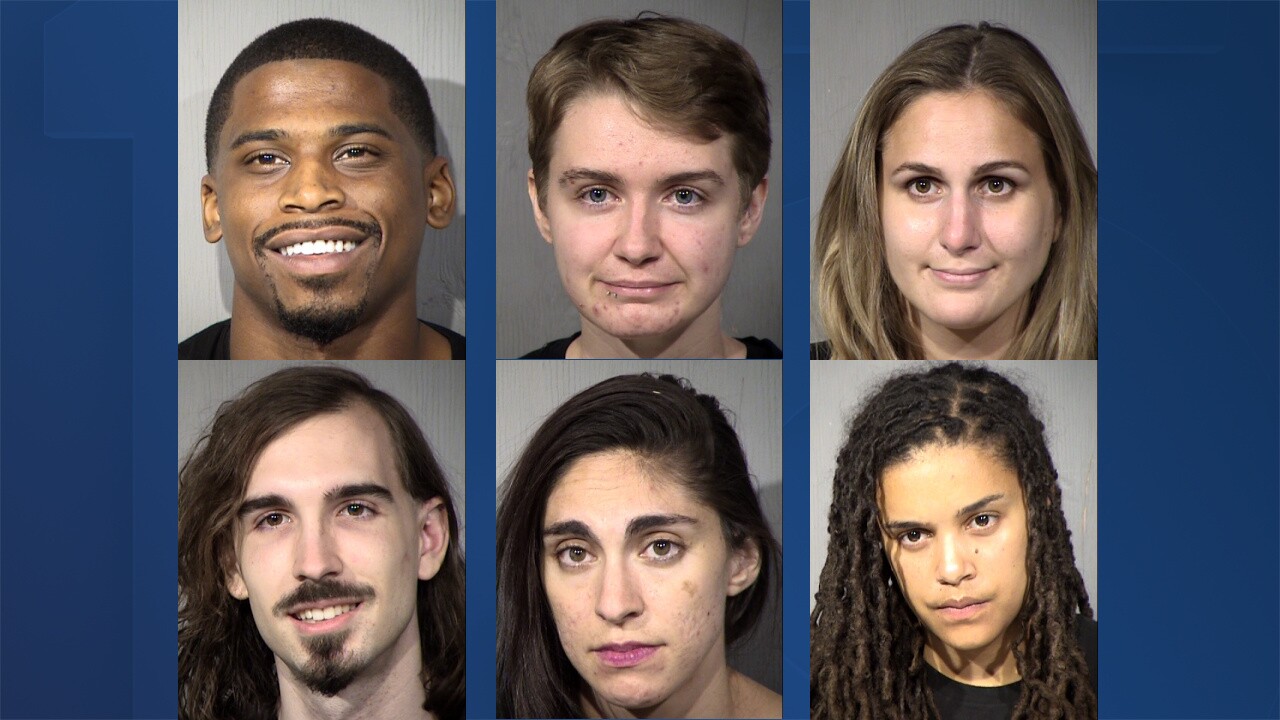 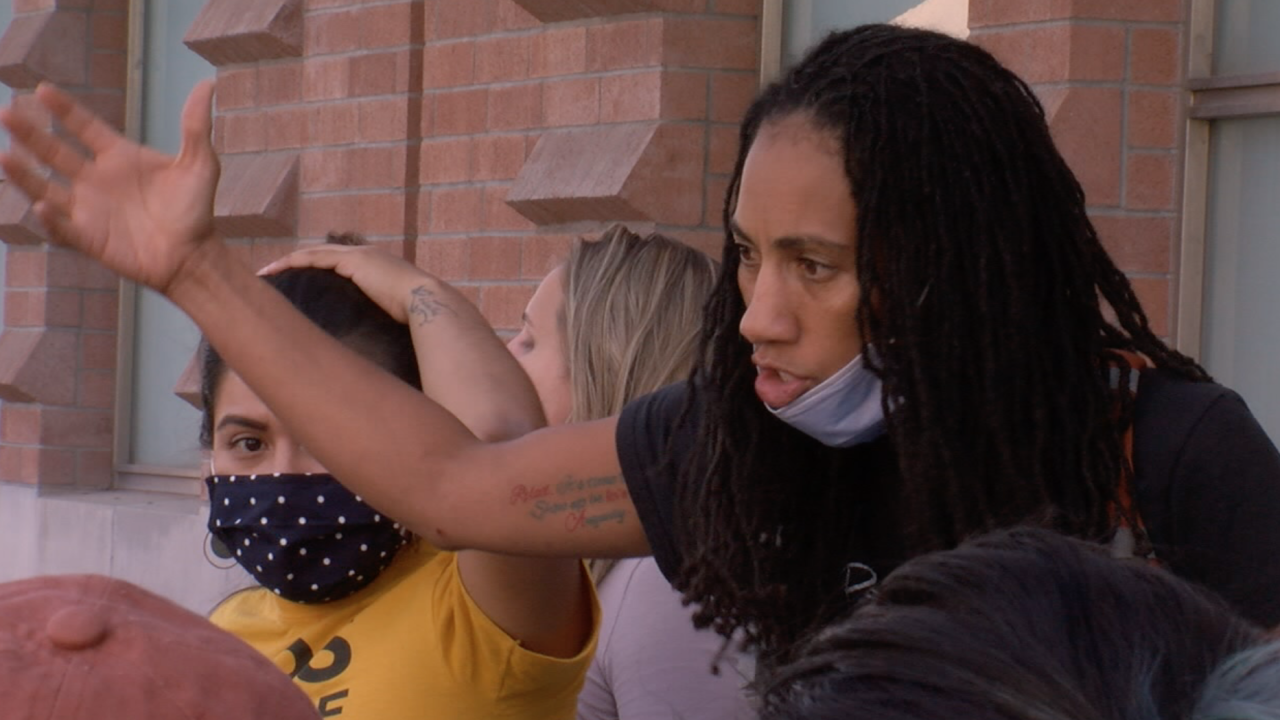 The rally started at 4:00 p.m. at Phoenix City Hall. Hundreds of demonstrators marched through the streets of downtown Phoenix for several hours.

Saturday's march was peaceful, however seven people were arrested later in the evening.

According to Phoenix police, the event was scheduled to conclude at 11:00 p.m. As the group marched through the streets, several of them repeatedly stopped to block roadways and major intersections causing several vehicles to be blocked in.

Authorities say this "obstruction" also caused emergency services that were needed in the area to be affected.

Officers gave the demonstrators verbal warnings repeatedly to not block the roadways, but those commands were ignored, said Officer Mercedes Fortune.

A total of seven people were arrested for charges which include: obstructing a public thoroughfare, hindering prosecution, resisting arrest, possession of marijuana, weapons violations and aggravated assault on a police officer.

All of the suspects have been booked into the Maricopa County Jail.

On Sunday, a rally of up to 40 people was held at the 4th Avenue Jail calling for the release of those arrested.

Activists with Poder in Action claim the during peaceful demonstration police "stalked and ambushed leaders." The Phoenix Police Department was "swift to act with brutality and force intentionally pushing through white allies to tackle and arrest Black leadership," said Poder in Action leader Viridiana Hernandez in a statement.