A look at the life of Fidel Castro 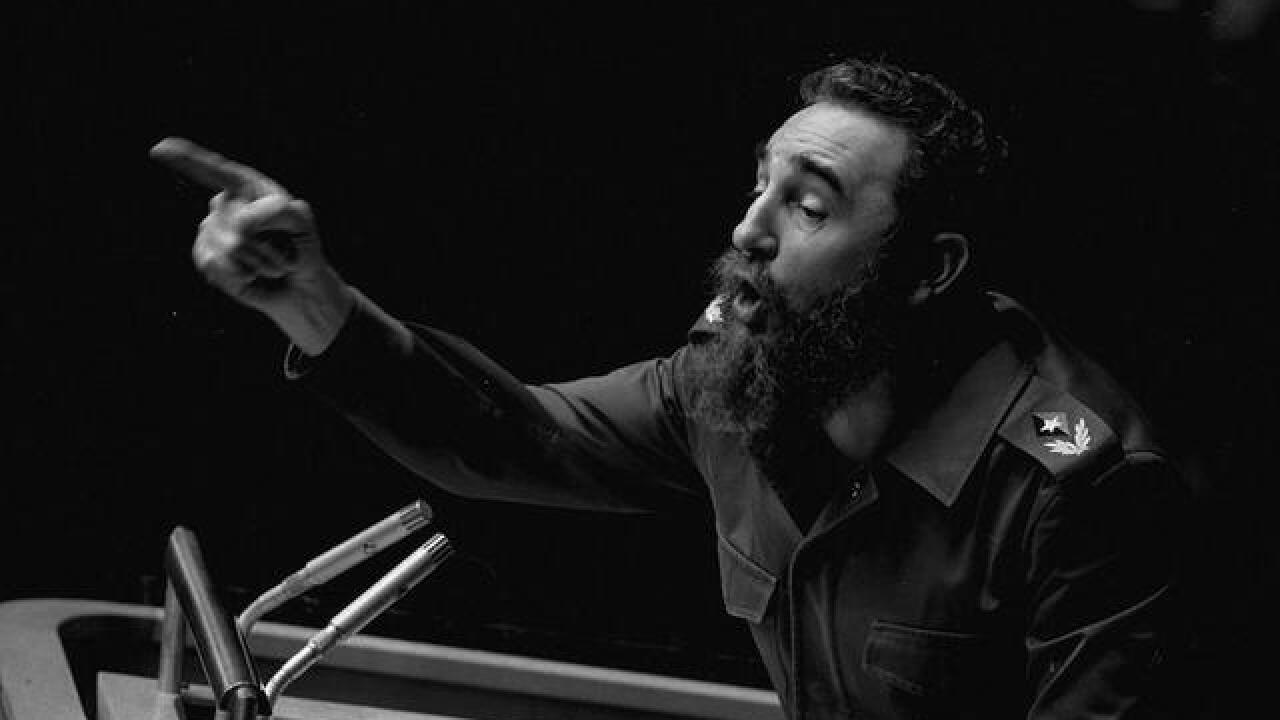 The following is a biography of Fidel Castro, former president of Cuba. He has died at age 90, his brother Raul announced.

TITLES: Former president of Council of State and Council of Ministers, first secretary of Communist Party of Cuba, commander in chief of Cuba's Revolutionary Armed Forces. Before resigning Feb. 19, 2008, he was the world's longest-ruling head of government, and leader of one of world's last five communist states. Had been off public stage for year and half after provisionally ceding power to his brother Raul following emergency intestinal surgery.

BIRTHDATE: Officially listed as Aug. 13, 1926, in Cuba's Oriente province, although some say he was born a year later.

BEFORE THE REVOLUTION: Launched his revolutionary fight with July 26, 1953, attack on military barracks in eastern city of Santiago. Was arrested, later freed under amnesty. Traveled to Mexico to form a rebel army, and returned to Cuba with followers aboard small yacht. Most were killed or captured, but Castro and a small group escaped into eastern mountain strongholds. Took power when dictator Fulgencio Batista fled New Year's Day 1959.

AFTER THE REVOLUTION: Emerged as head of new government and quickly gained nearly absolute power. All American businesses eventually expropriated and Cuba was declared socialist state in April 1961, on eve of disastrous U.S.-backed Bay of Pigs invasion by Cuban exiles. United States cut all trade with Cuba as island allied with Soviet Union, leading to October 1962 missile crisis that brought world to brink of nuclear war. For three decades, Cuba was Soviet ally and remained alienated from United States after communism collapsed in eastern Europe. The two countries began to move toward full diplomatic relations after a surprise announcement by President Barack Obama and Raul Castro on Dec. 17, 2014.

QUOTE: "Homeland or death! Socialism or death! We shall overcome!"