Parts of the Iberian peninsula could reach 118.4 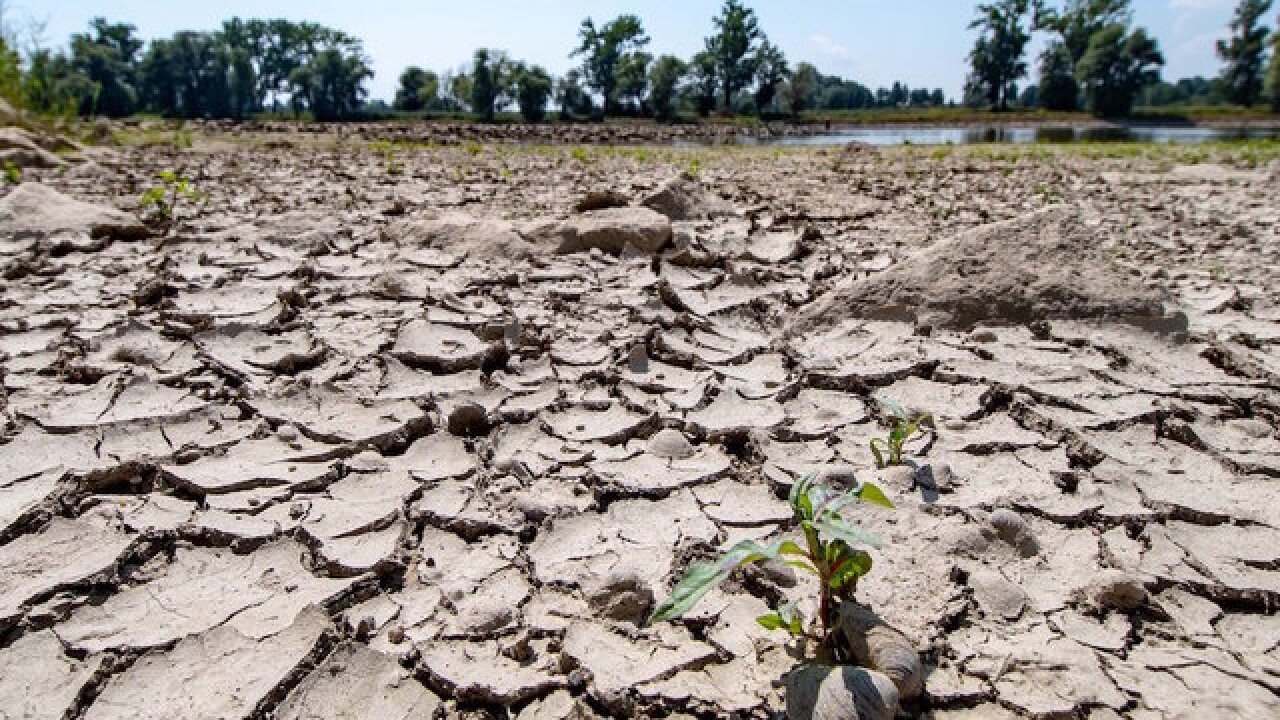 Forecasters have warned of potentially record-breaking temperatures in Spain and Portugal this week as much of Europe swelters in a heat wave that has left some farmers suffering drought conditions.

The UK Met Office said parts of the Iberian peninsula could beat the all-time continental European record of 48 degrees Celsius (118.4 degrees Fahrenheit) this week, with inland areas likely to be hotter than the coast.

That record was set in the Greek capital, Athens, in July 1977. According to the World Meteorological Organization, the record for Spain is currently 47.3 Celsius, while for Portugal it's 47.4 Celsius.

The Portuguese capital, Lisbon, could see a high of 41 Celsius on Saturday, according to CNN forecasters. Its average temperature is 28 Celsius for this time of year.

A heat wave warning was in place across much of southern and eastern France on Thursday. The national meteorological agency, Méteo France, said Wednesday that temperatures in the south of the country would come close to record highs in the coming days.

Vacationers have been warned to take precautions against extreme temperatures, as the heat wave coincides with the peak holiday season in Europe.

Vulnerable people such as children and the elderly could be at risk of heat stroke, which occurs when a person's core body temperature rises above 40 Celsius and can lead to permanent brain, heart and kidney damage and, in more severe instances, death.

The hot spell will be particularly intense and long-lasting in Spain's southwest, the central zone and the Ebro Valley, with temperatures above 40 Celsius, it said. In inland areas of the northwestern region of Galicia, normally known for its mild, rainy weather, the mercury could hit 41 Celsius on Thursday, it said.

Wildfires have raged in Sweden and neighboring Scandinavian nations in recent weeks amid unusually hot, dry conditions. Some places in Sweden have had their driest May-to-July period on record, according to its meteorological agency, and a number of weather stations have recorded only 10% to 15% of their normal rainfall.

The United Kingdom is also experiencing a prolonged spell of hot, dry weather. The Met Office said last week that some parts of east and southeast England had had virtually no rain for more than 50 days. Thunderstorms over the weekend brought with them rain and cooler weather, but temperatures are again on the rise.

The National Farmers' Union hosted an emergency summit Wednesday with representatives of the UK government, at which it called for its members to be given help to cope with the conditions. Farmers are struggling with irrigation, heat stress on livestock, the loss of crops and a shortage of forage for animals, the union said.

"The impacts of the dry and hot weather have been hugely challenging for many farms across the country, with many not seeing such weather in their lifetimes," said NFU President Minette Batters.

The UK Environment Agency said it would allow greater flexibility in the rules on water extraction to help farmers manage the situation.

Meanwhile, German Agriculture Minister Julia Klöckner wrote to the European Commission on Wednesday urging it to take steps to help farmers affected by drought. Food for livestock could become scarce in the coming weeks, she warned.

The past four months in Germany have been very hot and dry, particularly in the north and east of the country.

The European Commission announced measures Thursday to help farmers cope, including giving them higher advance payments from EU funds and granting more flexibility to use land that would normally be left fallow to grow animal fodder.

The latter measure will be of particular help to livestock farmers, it said.