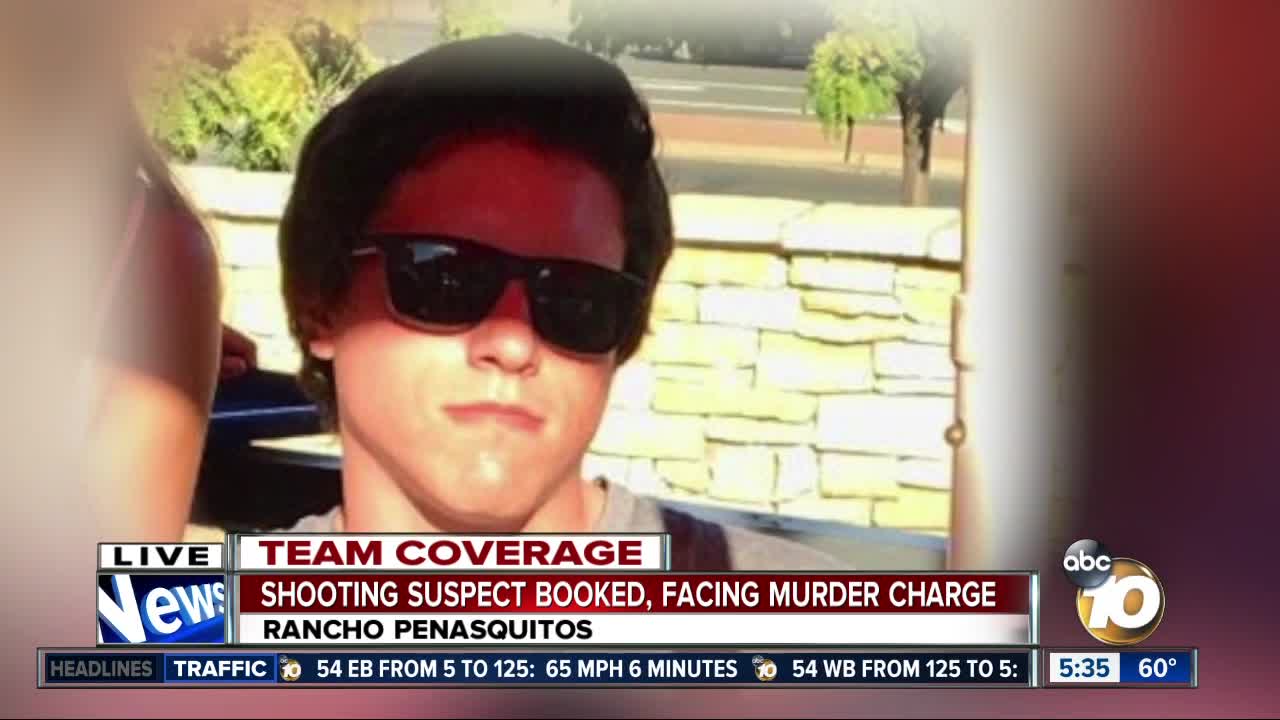 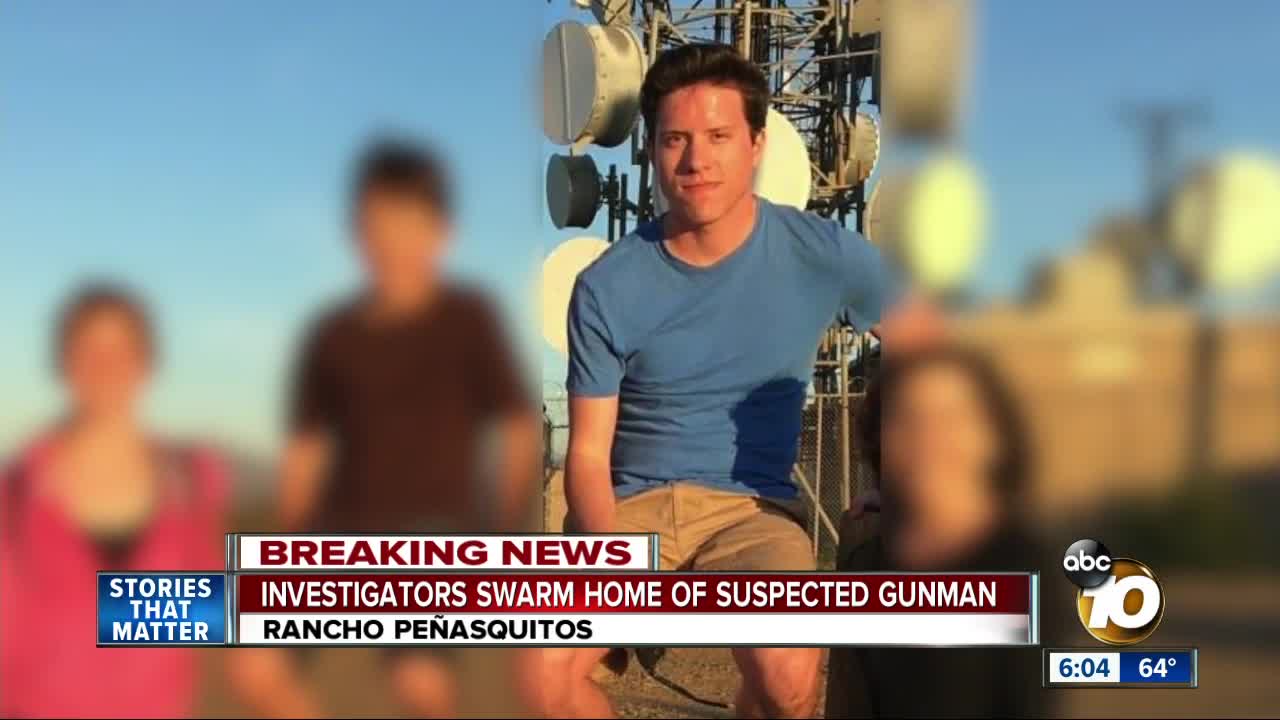 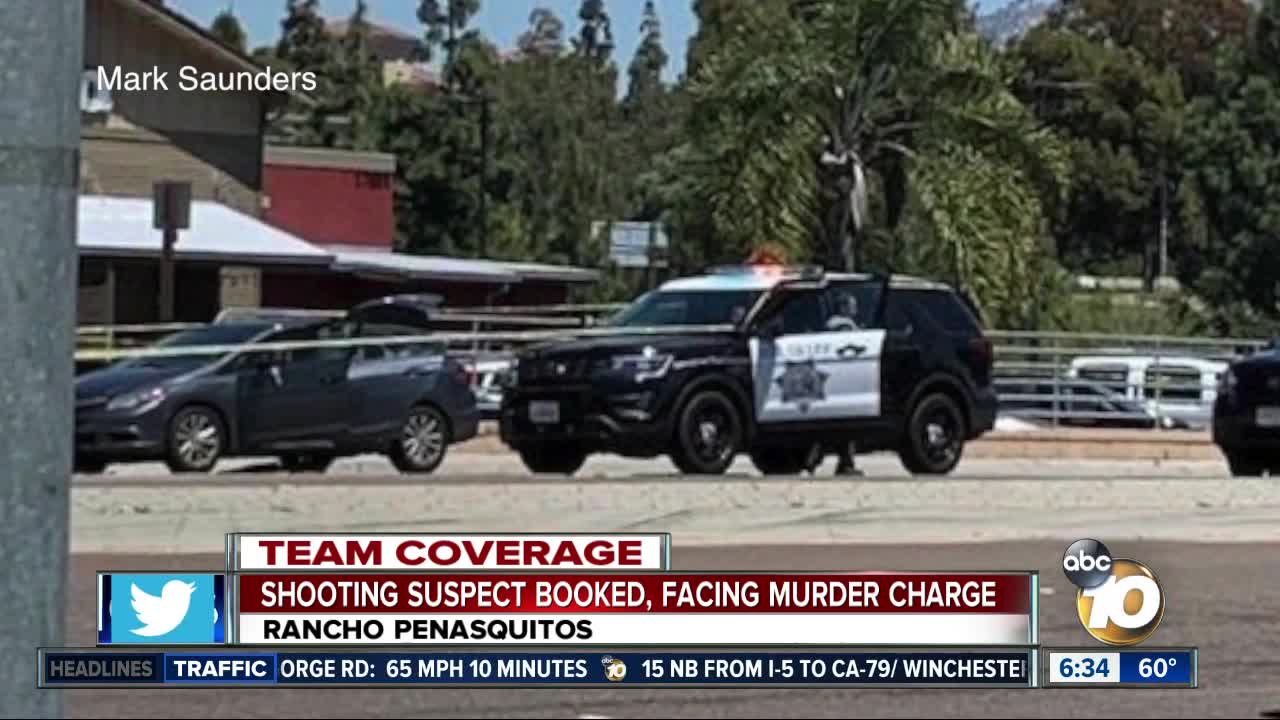 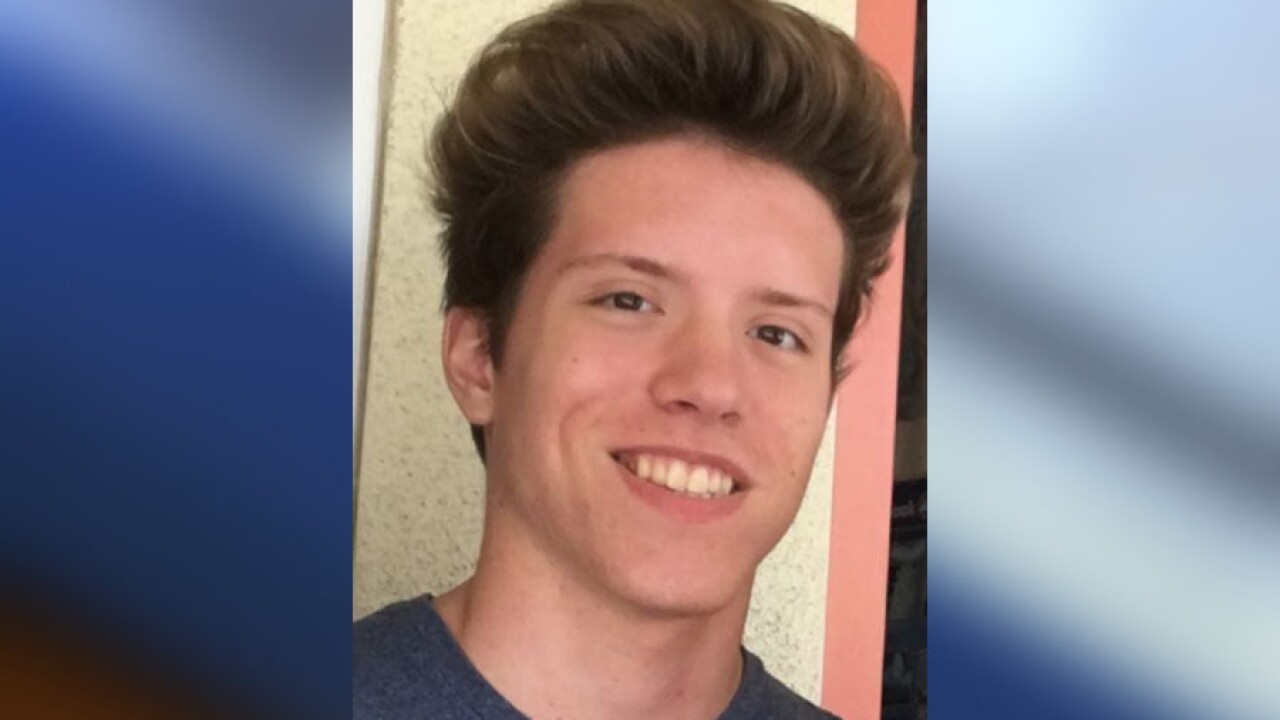 POWAY, Calif. (KGTV) - 19-year-old John Earnest was arrested Saturday on suspicion of opening fire at a San Diego County synagogue, killing one woman and injuring three other people, including a young girl.

Armed with an AR-15 type rifle, Earnest went into Chabad of Poway as worshippers gathered for the final day of Passover just before noon, Sheriff Bill Gore said.

Earnest fired over a dozen rounds hitting the four victims before fleeing the synagogue.

An off-duty Border Patrol agent who had been hired to work as a synagogue security guard, chased Ernest and fired shots, according to the sheriff. Earnest was not hit, but his car had bullet holes.

Investigators gathered Saturday outside the Rancho Penasquitos home of Earnest's family in preparation of serving search warrants on the house and his vehicle.

Earnest had no criminal record and no prior contact with law enforcement, Gore said. The suspect acted alone, the San Diego County Sheriff's Department said.

The suspect has no known connections to any white supremacist groups.

Earnest had written a manifesto, which was being reviewed by investigators, along with his social media posts.

A person identifying themselves as John Earnest, posted an open letter suggesting he had planned Saturday's shooting and referenced the deadly attacks on mosques in New Zealand last month and at Pittsburgh's Tree of Life synagogue Oct. 27. Earnest also claims to have "scorched a mosque in Escondido" a week after Brenton Tarrant's deadly rampage at Christchurch.

Sheriff Gore said investigators were looking into possible ties between Earnest and a fire at the Dar-ul-Arqam Mosque on 6th Avenue in Escondido in March .

Graffiti left behind by the suspect made reference to the mass shooting of Muslims in New Zealand.

California State University, San Marcos, President Karen S. Haynes confirmed in a statement to the campus community that Earnest was a student at the north San Diego County campus and made dean's list. Haynes said the school was "dismayed and disheartened" that he was suspected in "this despicable act."

I am deeply saddened and stunned by the senseless act of violence and hate that occurred this morning at Chabad of Poway, when a shooter opened fire on the congregation, resulting in the death of at least one individual and injuring others. We are heartbroken by this tragedy, which was motivated by hate and anti-SemitismWe extend our deepest condolences to all of the victims, their families, friends and our entire community. We share your grief. This despicable act is entirely against our values as a University, particularly given that many in our community are preparing to observe Yom HaShoah (Holocaust Remembrance Day) on May 1. We stand in solidarity with the Jewish community and reject the rhetoric of divisiveness that feeds hatred.We are dismayed and disheartened that the alleged shooter – now in custody – is a CSUSM student. CSUSM is working collaboratively with the San Diego County Sheriff’s Department to assist and gain more information.Please remember that CSUSM offers a range of services to students who need support, including assistance from Student Health and Counseling Services [t.e2ma.net]. In addition, the Cougar Care Network and SOAR [t.e2ma.net] can provide information about on- and off-campus resources. For faculty and staff, the Employee Assistance Program [t.e2ma.net] is available at 800-367-7474. The Office of University Ombuds [t.e2ma.net] offers confidential and neutral assistance.As a university community, we know that our diversity makes us stronger. Today’s reprehensible actions do not define us. They never will. We stand united against hatred as we work toward a better, more peaceful world.

The suspect, John T. Earnest, was a 2017 graduate of Mt. Carmel High School. The words and actions of this individual are in no way representative of the beliefs held by our school community nor by his father, a long-time teacher at MCHS. Mt. Carmel is a No Place for Hate campus, and we continue to work closely with the Anti-Defamation League to create an inclusive and respectful school culture for all students and staff. Obviously our community is devastated by this attack, and we offer our deepest sympathies to the families affected by it.

Christine Paik Director of Communications
Copyright 2019 Scripps Media, Inc. All rights reserved. This material may not be published, broadcast, rewritten, or redistributed.