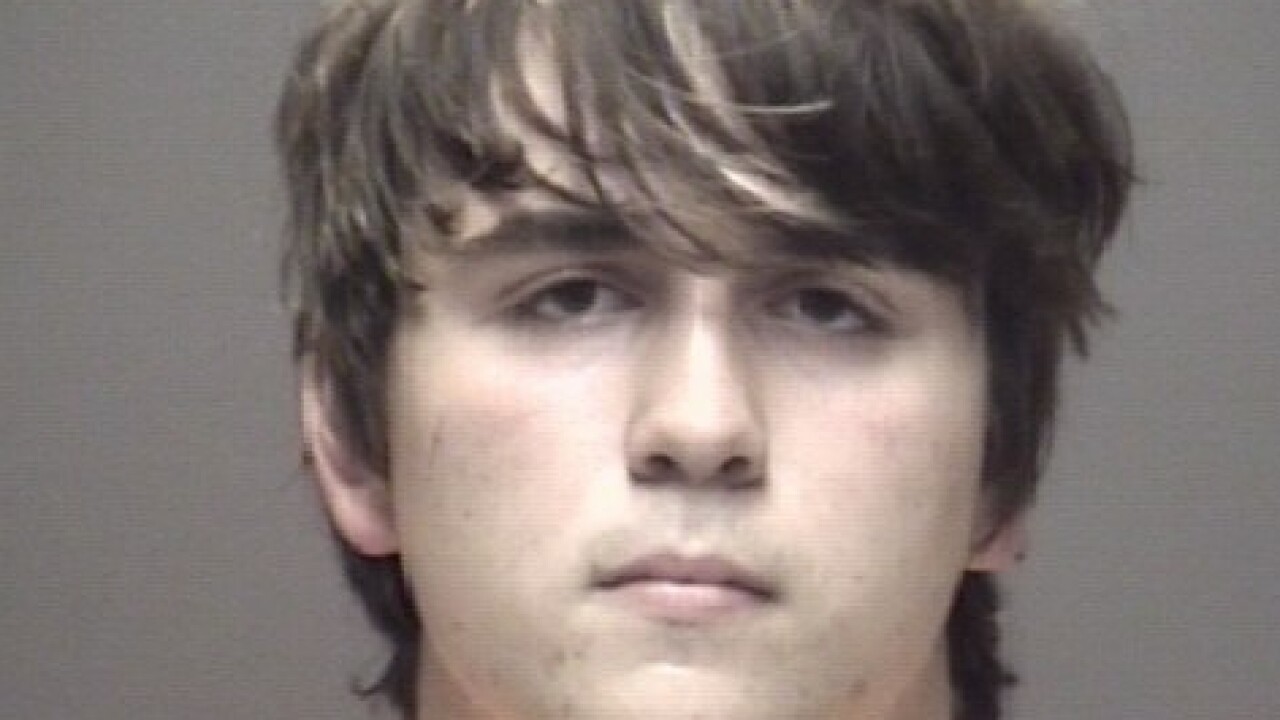 Handout/Getty Images
SANTA FE, TX - MAY 18: (Editor's Note: Best images quality available) In this handout photo provided by the Galveston County Sheriff's Office, Dimitrios Pagourtzis poses for a mugshot after his arrest on May 18, 2018 in Sante Fe, Texas. Pagourtzis is suspected of killing 10 people and injuring 10 more in a mass shooting at a Sante Fe high school. (Photo by Galveston County Sheriff's Department via Getty Images)

SANTA FE, TEXAS — Attorneys for an 18-year-old student are seeking a change of venue for his capital murder trial in the fatal shooting of 10 people last year at a Texas high school.

Attorneys for Dimitrios Pagourtzis say in a motion filed Tuesday in Galveston County District Court that his trial on charges related to the May 18 shooting at Santa Fe High School should be moved to another, unspecified jurisdiction.

"Due to the local media coverage including social media, and the tight-knit Galveston County Community, there is so great a prejudice in Galveston County, Texas, that this Defendant cannot obtain a fair and impartial jury trial," according to the motion signed by defense attorney Nicholas Poehl.

Poehl declined to elaborate, according to Houston Chronicle.

"If you take a cursory look at stories on social media and the comments, you can see why," he said. The district attorney's office also declined comment, the Galveston County Daily News reported.

Scot Rice, whose wife Flo was wounded in the shooting, told the Chronicle that the trial should be held locally so survivors and victims' families can attend.

"I want to be able to go to the trial every day and not have to stay in hotels," Rice said. "That's exactly what they would want us to do -- be more inconvenienced. Not only (Flo) being shot, but also being made to suffer."

Pagourtzis is accused of killing eight students and two teachers and wounding 13 other people when he opened fire inside the school. Santa Fe is about 30 miles southeast of Houston.

Pagourtzis was indicted Aug. 9 on charges of capital murder of multiple persons and aggravated assault against a public servant.

He has been ordered to undergo a mental evaluation with the results to be sealed. A hearing on the change of venue motion is scheduled for Jan. 28. Online jail records show Pagourtzis remains in the Galveston County jail without bond.