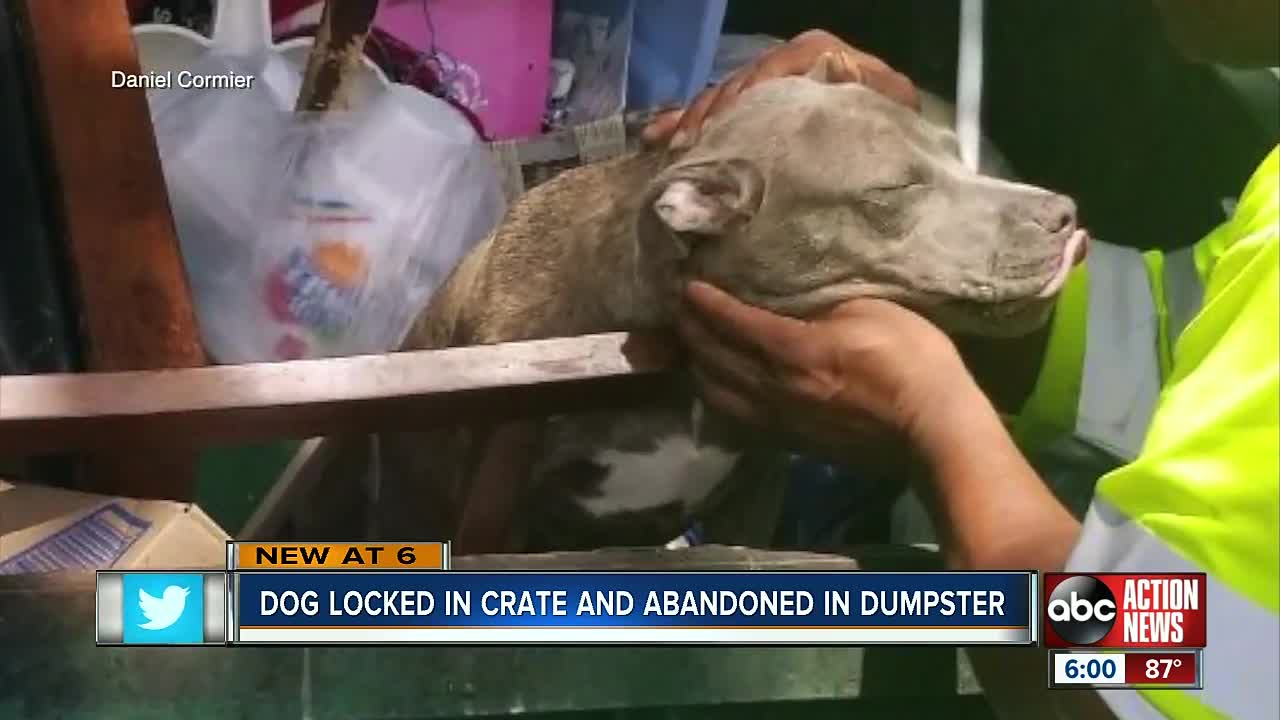 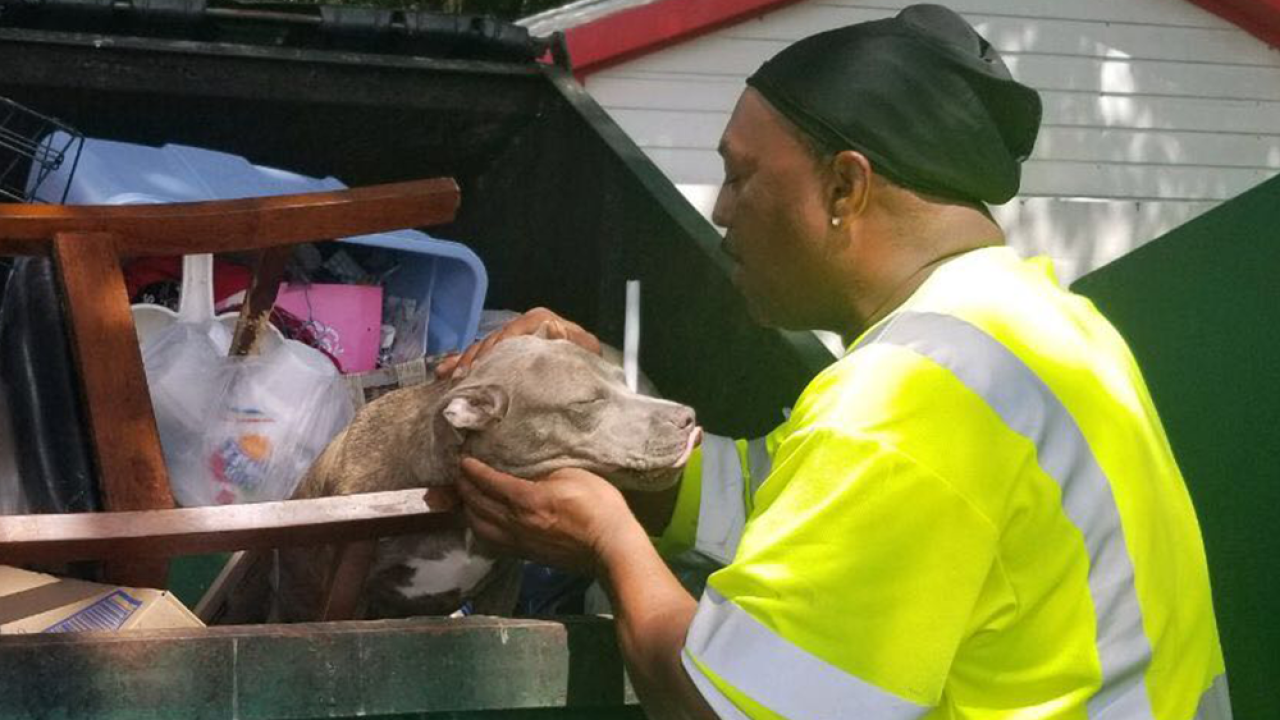 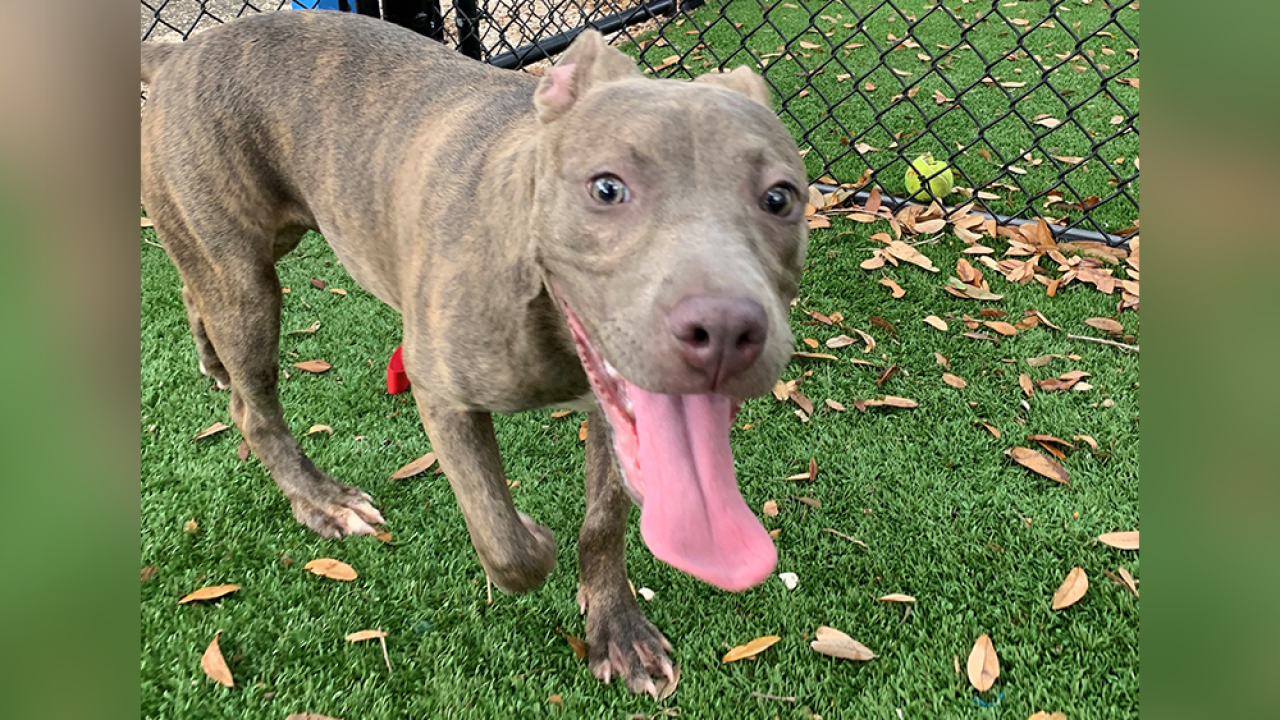 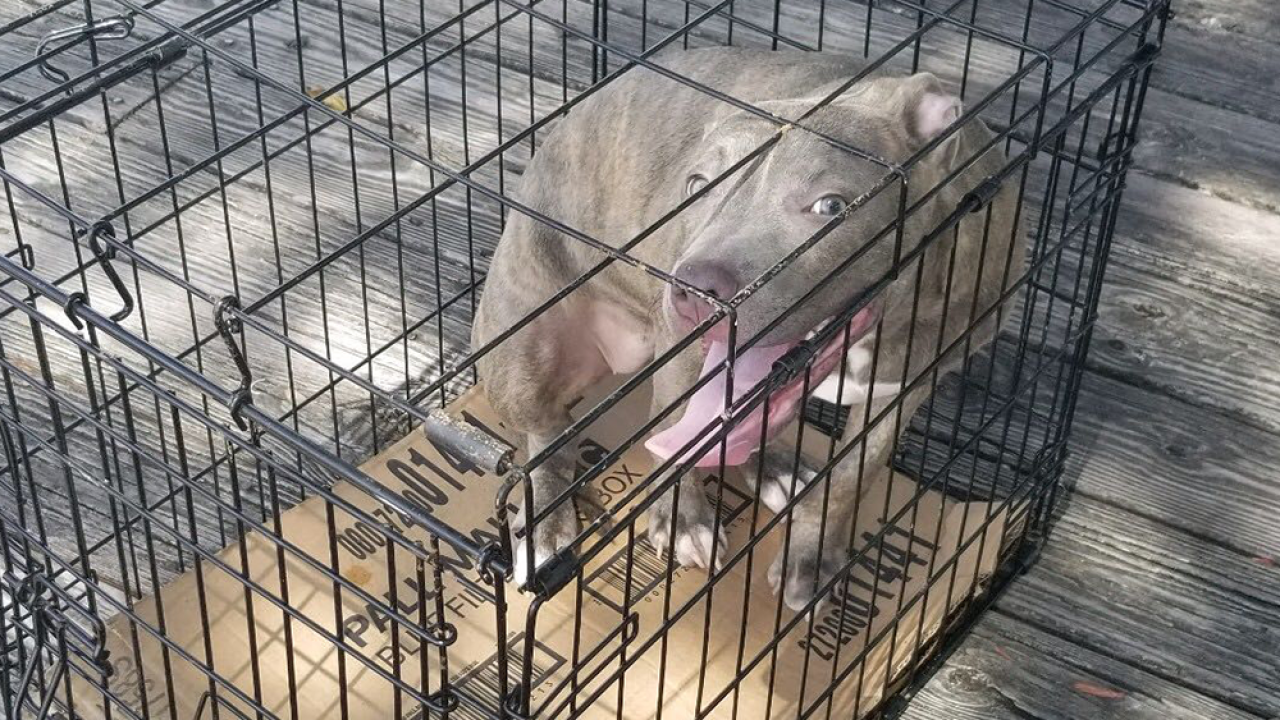 Waste Management employees Ahriel Jones Sr. and Daniel Cormier were the first to spot the puppy. Cormier says as they were preparing to empty the dumpster into their truck, he saw the dog's head pop up above the trash.

"I yelled, 'there's a dog in here and she's alive!'" Cormier explained.

Jones Sr. comforted the puppy and coaxed her out of the dumpster.

“I petted her on her neck and asked her, 'Who did this to you? Who put you in here like this? Do you mind if I lift you to get you out?'” Jones Sr. explained.

The female puppy wasn't injured and had somehow found her way out of the semi-broken crate by the time Cormier and Jones arrived. The men say the puppy wasn't making any noises and they were grateful that they looked into the dumpster before hauling it off into the trash truck. "She was scared and shaking nervously," Cormier elaborated.

Cormier and Jones Sr. say the dumpster was also filled with abandoned furniture. “Like they just threw away the stuff in their house and then threw away the dog too,” Jones added.

By the time a Manatee County Animal Service officer arrived on the scene, the puppy was moved inside the store and given food and water. She appeared to be healthy and active but the dog was not microchipped.

The dog is being held at Manatee County Animal Services in Palmetto as crews continue to investigate.

Manatee County Animal Services says animal abandonment is a crime. Any owner who abandons an animal and the animal suffers injury, malnutrition or is abandoned in a street, road or public place, without providing care, is guilty of a misdemeanor of the first degree.

The puppy is currently being evaluated by medical teams. Manatee County Animal Services says they already have several people interested in adopting her.

"It’s horrible. It’s just like a baby or a person. There are plenty of shelters that would take her in,” Cormier said with disgust. “I wish I had a bigger home, I would take her home myself.”

“I was really angered and hurt by it. I'm just glad we were able to spot her and help. God works in mysterious ways,” Jones added with a sigh.