A new mental health report for Austin Harrouff shows how his defense attorneys might argue he was insane at the time he is accused of attacking and killing a Martin County couple and seriously injuring their neighbor. 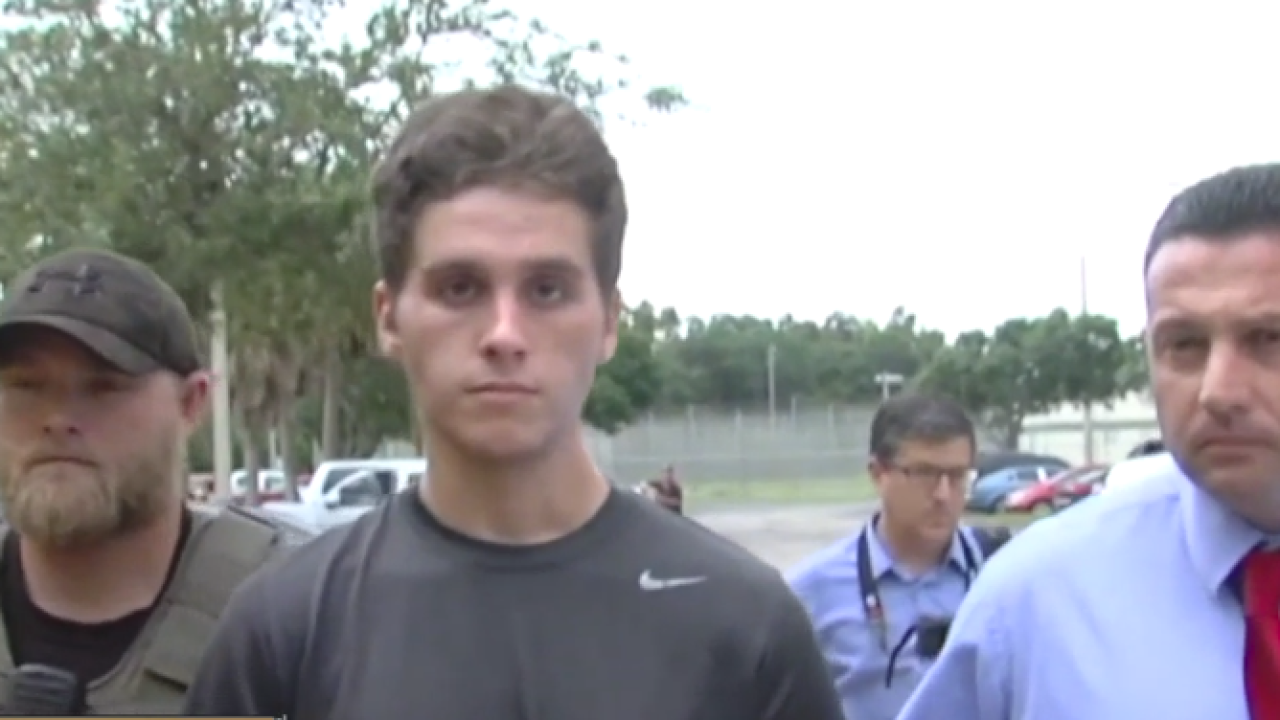 A new mental health report for Florida man Austin Harrouff shows how his defense attorneys might argue he was insane at the time he is accused of attacking and killing a Martin County couple and seriously injuring their neighbor.

Harrouff is accused in 2016 of killing Michelle Mishcon and John Stevens in their garage, then also attacking their neighbor, Jeff Fisher, who tried to help them. Investigators said they also found Harrouff chewing on Stevens’ face.

Harrouff’s defense team enlisted the help of a Forensic Psychiatrist, Dr. Phillip Resnick, to assess whether he met the criteria for insanity on Aug.15, 2016 -- the date of the attacks.

Dr. Resnick’s report said he concluded Harrouff did have a severe mental disease at the time of the alleged crime, namely Bipolar I Disorder, and Acute Manic Episode with Psychotic Features.

Resnick said his review included a more than six-hour interview with Harrouff at the Martin County jail. Resnick said he also reviewed Harrouff’s journal, online searches and videos, an interview with Dr. Phil, and he interviewed numerous friends and family members.

Resnick said there was a pattern of concerning behavior in the months, weeks and days leading up to Aug. 15.

Resnick said a month before the attacks, Harrouff was experiencing elevated moods and acted out of character, such as having an unusual obsession with having a rap music career.

In the weeks before, Resnick said Harrouff started feeling like he had superpowers, and though he was like Jesus and would be worshipped, and felt so invincible he would walk in the street in front of cars.

On his computer, Resnick said Harrouff researched words like "mania" and "hallucinations" and searched whether he was going crazy.

Also before the attacks, Resnick said Harrouff thought there were evil forces in his home and said he started sleeping near his sister out of his own fear and to protect her.

He also bought a knife in the days before the attacks for protection, according to the report.

The day before the attack, Resnick said Harrouff thought he was half man- half dog and as a result, said he could run ‘super fast.’ His sister told Resnick that Harrouff wandered through the bushes to be “one with the animals” or sat in the backseat of the car where dogs sit.

The night of the attacks, investigators said Harrouff was at Duffy’s in Jupiter, fought with his dad, and walked out.

While walking, Harrouff told Resnick he saw someone with a white face and dark clothes, who ended up being a family friend. Regardless, he thought he was evil and got scared.

Resnick said Harrouff saw a light from Michelle Mishcon and John Stevens’ garage and ran toward it for help.

Resnick said when Mishcon screamed, Harrouff thought she was a "witch" and attacked her.

Then, Resnick said Harrouff got scared when Stevens showed up and also attacked him.

Jeff Fisher tried to save the couple, but Harrouff said he recalled stabbing Fisher, too.

Harrouff, according to the report, did not remember encountering police. He remembered waking up in the hospital.

Resnick said in the medical reports he reviewed, he was making howling sounds and "writhing in contortions" at the hospital.

Resnick considered whether Harrouff was faking any of the stories to help his insanity case but concluded he did not.

The case is set to go to trial in November. Harrouff’s attorneys have said they will rely on the insanity defense.