Navy personnel clean up the USS Arizona as re-opening approaches 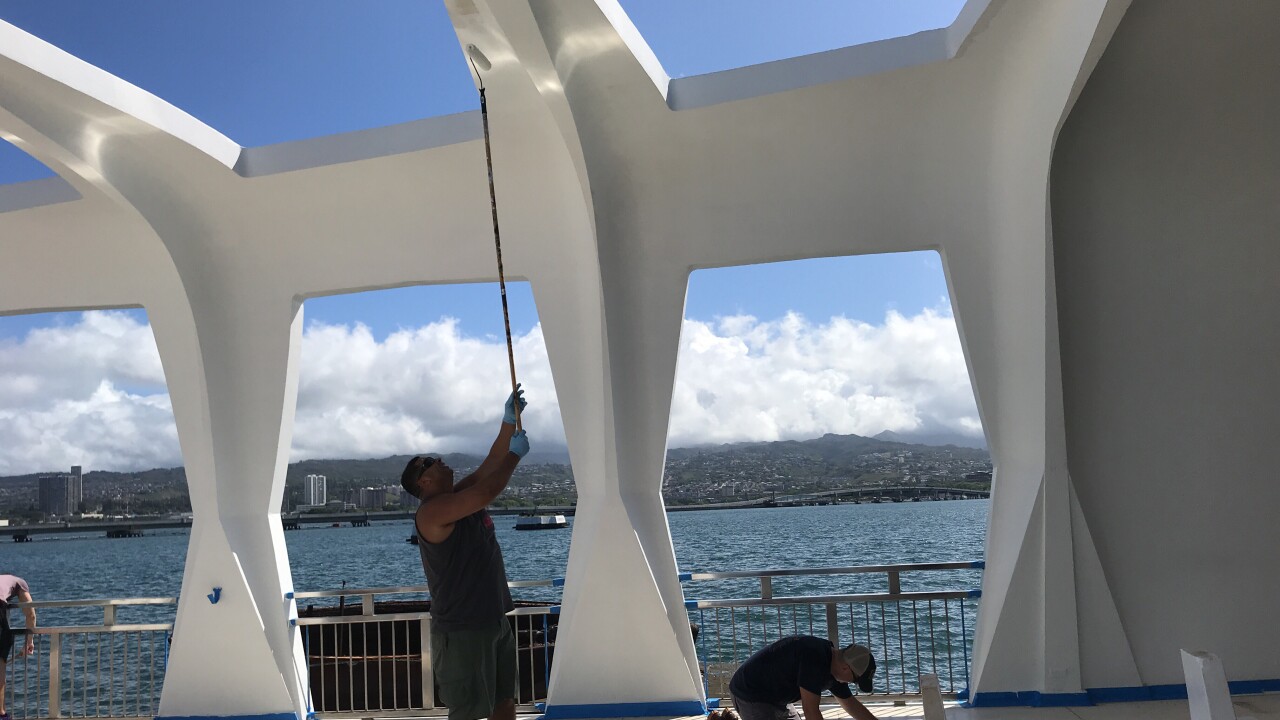 HONOLULU, Hawaii — As the reopening of the USS Arizona Memorial in Honolulu, Hawaii draws near, U.S. Navy personnel have volunteered their time to clean, paint and polish the Memorial, according to Jim McCoy of Pacific Historic Parks.

Members of the Mustang Association, a group consisting of Naval officers who began their military careers as enlisted, have spent the past two weekends beautifying the USS Arizona Memorial.

The USS Arizona Memorial, which opened in 1962, has been closed to the public since May 2018 "due to a failure in the floating dock," according to McCoy.

Though the National Park Service has not announced a re-opening date for the Memorial, they say the memorial is expected to reopen sometime in Fall 2019.

McCoy says Navy volunteers " feel their work is a sign that it’s getting closer."

“There are things that we do that feel like work and this doesn’t feel like work. This is an absolute honor to be out here,” said Lt. Cmdr. Jeremy Reed, the social director of the Mustang Association.

“Virtually every volunteer reports that it’s a deeply personal experience doing the work in the shadow of the Memorial Shrine Room that lists the 1,177 Arizona crew members killed Dec. 7, 1941, with many entombed in the battleship,” said Aileen Utterdyke, President and CEO of Pacific Historic Parks.

The USS Arizona Memorial still allows visitors to view a film about the ship, and go on a narrated tour of Battleship Row, but they have not been able to "disembark at the memorial," McCoy said in a press statement.

Pacific Historic Parks a "non-profit that supports the National Park Service in its stewardship of the USS Arizona Memorial," according to a press release sent by McCoy.