Ms. Nevada claims she was stripped of her crown because she's a Trump supporter 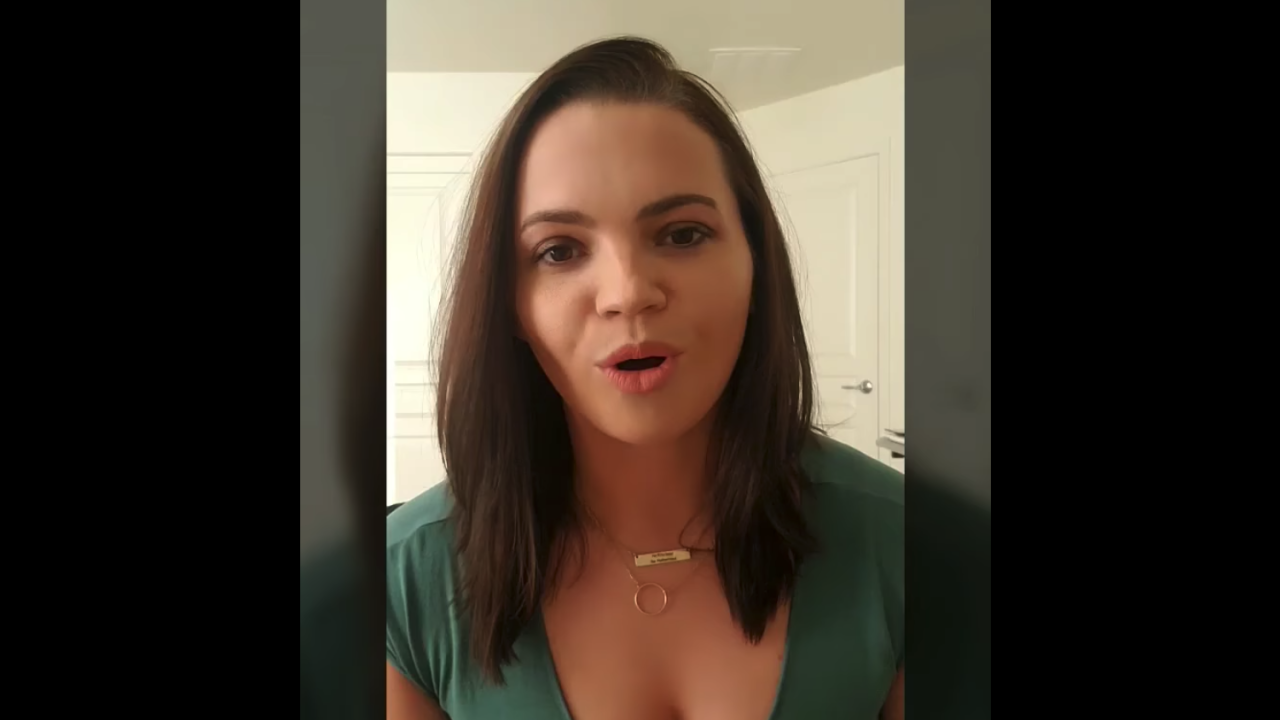 When 40 contestants from all over the country gather in Long Beach, California, for the Ms. America Pageant this weekend (not to be confused with Miss America), Nevada won't have a representative on the stage.

Katie Williams claims she was stripped of her crown because she's a vocal supporter of President Donald Trump.

But organizers with the pageant disagree, saying it wasn't Williams' specific support of Trump that cost her the sash.

The 26-year-old Nevada woman posted a video to her Facebook page Monday explaining her view of the situation, saying coordinators told her she was "too political" to be in the pageant.

"I am so tired of being labeled as this crazy, right-wing, whatever you want to call it, when I'm not," Williams said in the video posted to her Facebook page. "It's getting to that point where I just don't understand how you can censor someone with conservative values when I'm not really saying anything that's bad."

In an attempt to rectify the situation, the former Ms. Nevada says she complied with the competition's rules on having separate social media pages for pageantry and personal use. But the move did little to assuage pageant officials' concerns.

Ms. America CEO Susan Jeske told NBC News that while Williams did comply with their request to create a second pageant-related Facebook page, the contestant's personal account still had images and mentions of the Ms. America competition alongside her pro-Trump posts.

"If you're putting pageant stuff on your personal page, then that's a pageant page. You're combining it," Jeske said.

But that's not how Williams framed the situation in her Facebook rant.

Williams said "If I had more liberal views — less conservative views — that this wouldn't even be an issue," claiming she saw social media posts from other contestants that could also be construed as political. Williams says she saw posts from other contestants concerning the Human Rights Campaign, and yet they were not penalized for sharing that content, which she feels is political.

Some of the content pageant officials asked her to take down included photos of her in a "Trump 2020" hat and posts saying that she loved America and was against Antifa, she said.

In a lengthy response posted to the Ms. America Pageant website, organizers say Williams is "is distorting the facts" of the situation.

"ALL the pageant asked of Ms. Williams, in writing, is to keep separate social media accounts. (ie: Facebook) One is for politics where she can voice her own opinion as Katie Williams and the other is a new Facebook page for the pageant representing Ms. Nevada State 2019," the statement reads. "None of this had to do with her personal political views. They are immaterial. She has her Personal Facebook page to voice her political views. She could be a President Trump supporter on her Personal Facebook page all she wants for everyone to read. However, the Ms. Nevada Facebook Page should be devoid of political content."

The statement goes on to say:

"Thru many emails starting in July she claimed she could not comprehend keeping pageant and politics separate on her Facebook pages. The pageant made many attempts to speak to her over the phone to try to resolve this issue. Many times we wrote to her to try to set up an appointment to have a telephone conference, all of which she consistently refuse to do. The pageant believes that a telephone conversation is a reasonable request and was willing to speak to her at any time that was convenient for her schedule.

The pageant gave her a final deadline to edit the Facebook pages which she refused to do. This leads the pageant to believe that she is no longer capable of representing this pageant as Ms. Nevada State 2019, and she is no longer eligible to participate in the 2019 national pageant. Her title has been revoked.

The pageant offered her a full refund on her entry fee and refund on one ticket that she purchased to the pageant after she fulfilled requirements of returning crown and sash and removal of the title Ms. Nevada State 2019 from all social media and the Internet."

Williams says in her Facebook video she still stands by all her posts and doesn't believe she's posted anything wrong.

"I'm so tired of this event and of this whole 'let's kill the conservative voice,'" Williams said. "I just don't understand it anymore."

You can view her full statement below: