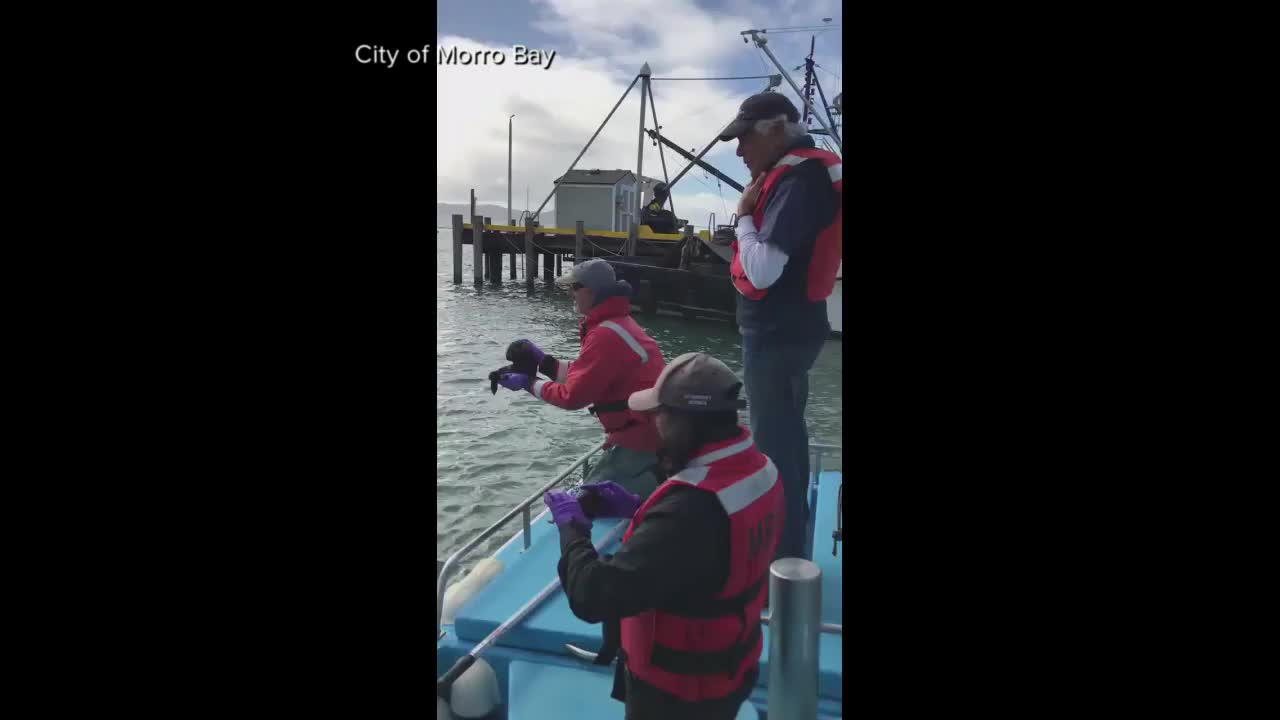 A California mother and baby otter pair were reunited this week.

The City of Morro Bay filmed the moment and posted the video to Facebook.

In the video, you see the mother swimming up to a boat with officials holding the tiny baby over the water. Then, they toss the baby into the water before they latch together and swim away.

They say the Harbor Department and Fish and Wildlife officials say a commercial fisherman helped them locate the mother and reunite the baby.

There is no word on how the two became separated.