Man rescued after spending 3 weeks in the Alaskan wilderness 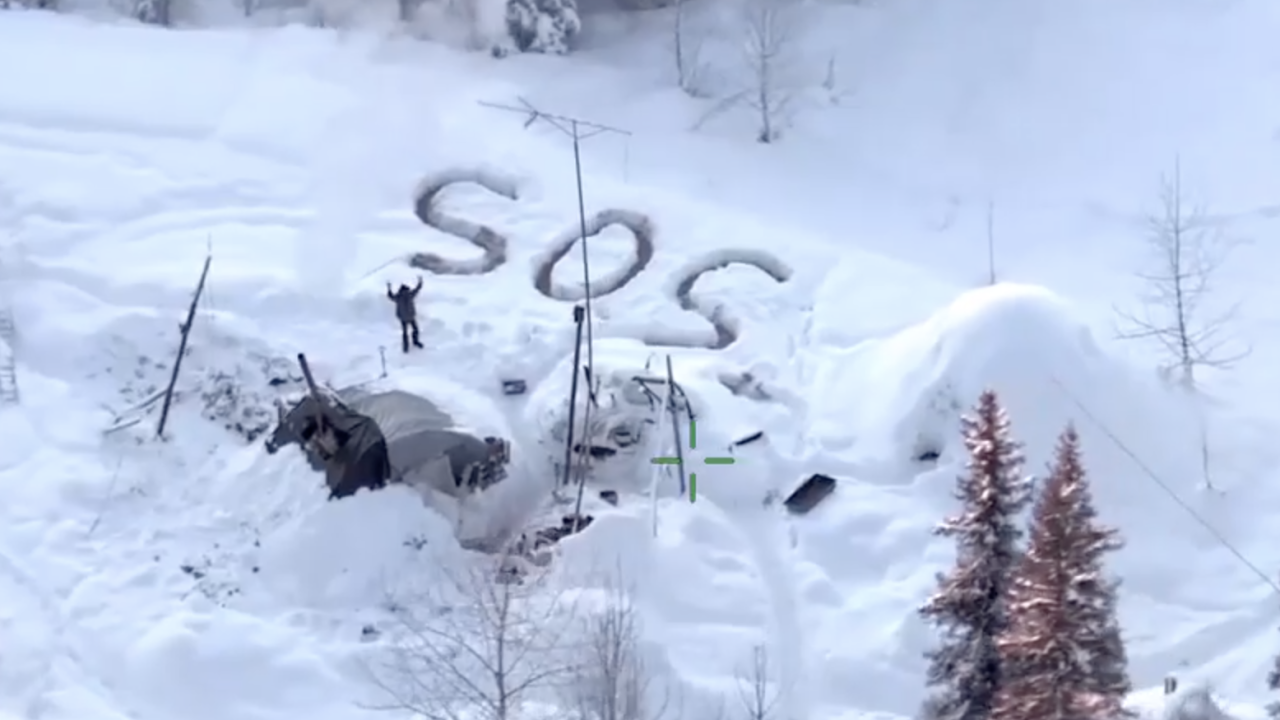 SKWENTNA, AK — A man who survived more than three weeks in the Alaskan wilderness after a fire burned down his home and killed his dog was rescued after writing "SOS" in the snow.

Troopers from the Alaska Department of Public Safety responded to a welfare check for Tyson Steele, 30, at his remote home about 20 miles outside of Skwentna Thursday after he had not been heard from for several weeks, authorities said.

Steele's cabin burned down in mid-December, killing his 6-year-old chocolate Labrador retriever named Phil and leaving him stranded in sub-zero temperatures with no means of communication for 23 days, according to DPS.

Steele told authorities that he believes putting a "big piece of cardboard" into his old woodstove is what sparked the fire.

"Which I knew was a problem, I've had woodstoves all my life," he said. "I knew that you don't do that. So, it sent a spark out through my chimney which landed on the roof."

The roof of the cabin caught fire around 1 or 2 a.m., causing him to leap out of bed and stumble out of the door. When he tried to re-enter the home, he was "met by an explosive ball of flame," he said.

Steele thought Phil had run out of the house after he jumped off the bed, he said, describing him as the "best dog in the world."

Steele was wearing felt-lined boots with no socks, long johns and a heavy wool sweater, he said. He survived on canned food, which he had enough for two cans a day for 30 days, and created a "snow cave" to sleep in, he said.

Once Steele built a second shelter, he kept the woodstove on "perpetually" and used it to heat up his food, he said.

He had been living alone in the cabin, surrounded by miles of forests, hills and rivers, since September, according to DPS. His nearest neighbor was 20 miles away.

Rescuers located Steele waving his arms near a makeshift shelter after he had carved out "SOS" in large lettering in the snow.

His first request was for a shower and a "McDonald's Combo Meal No. 2," according to officials, who likened his unkempt appearance to Tom Hanks' character in the movie "Cast Away."

Steele said he's "not exactly trained" in outdoor survival but had "always been in the outdoors" and worked in the industry.

He plans to go back to Salt Lake City, where his family lives, he said.