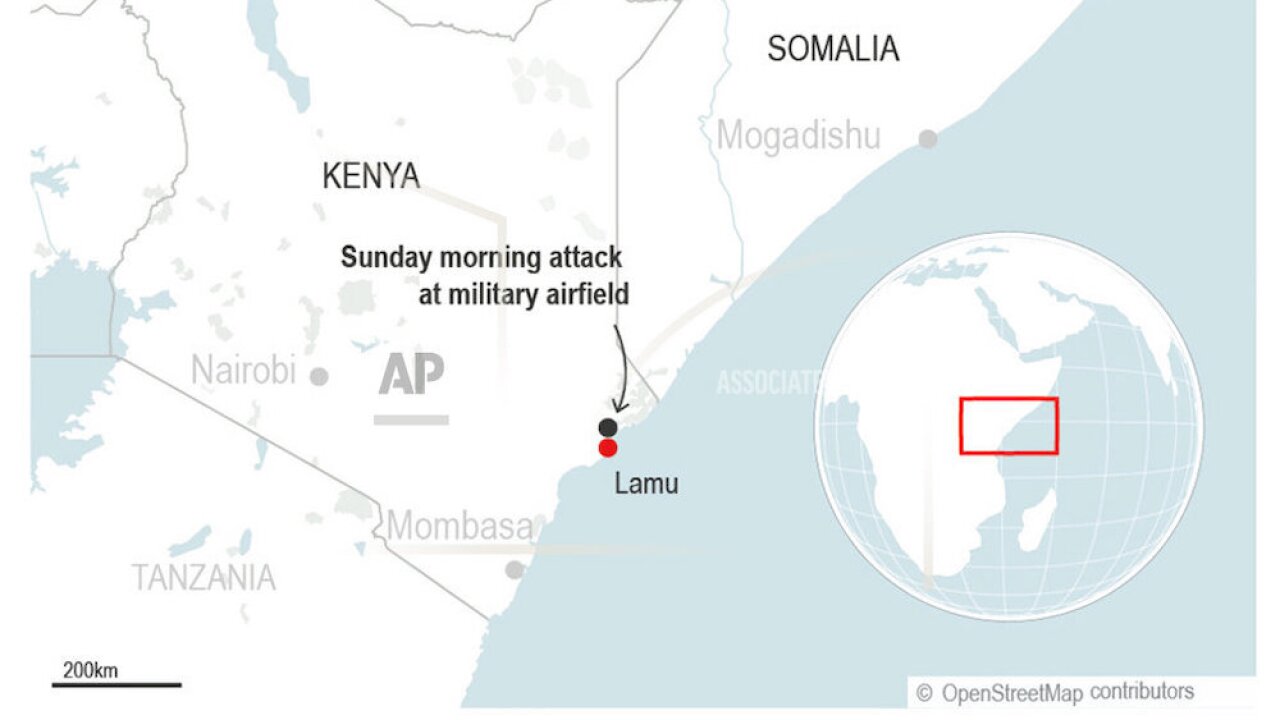 NAIROBI, Kenya — Kenyan police say they arrested three "terrorist suspects" who tried to force their way into a British Army training camp on the same day that al-Shabab extremists attacked a military base and killed three U.S. military personnel.

An internal police report seen by The Associated Press says three men were arrested Sunday after trying to enter the British Army Training Unit in Laikipia county. It occurred around the same time as the al-Shabab attack.

The British government was not immediately available for comment.

The al-Shabab attack at Manda Bay Airfield killed U.S. Army Specialist Henry Mayfield Jr., the NBC affiliate in Chicago reported, citing a statement from his family. He was 23 and from the Chicago suburb of Hazel Crest, the report said. Two other Americans, both contractors with the U.S. Department of Defense, were also killed but their names have not yet been released.

The U.S. Africa Command told the AP on Monday that five U.S. aircraft were destroyed and one damaged in Al-Shabab's hours-long assault at the airfield in coastal Lamu county.

The aircraft were a combination of fixed-wing and rotary, it said. It was the al-Qaida-linked al-Shabab's first attack against U.S. forces inside Kenya, where the extremists have carried out multiple deadly attacks against civilian targets including buses, schools and shopping malls.

It was not clear whether the uniforms were Kenyan or Somali.

The extremist group is based in neighboring Somalia and its fighters have worn military uniforms to access areas in the past. U.S. Africa Command said it would not comment on questions about any changes to its presence or security measures.

The Manda airfield is adjacent to Camp Simba, a key Kenyan military base used by U.S. counterterror forces.

Al-Shabab has vowed retribution on Kenya for sending its troops to Somalia to counter the extremist group.