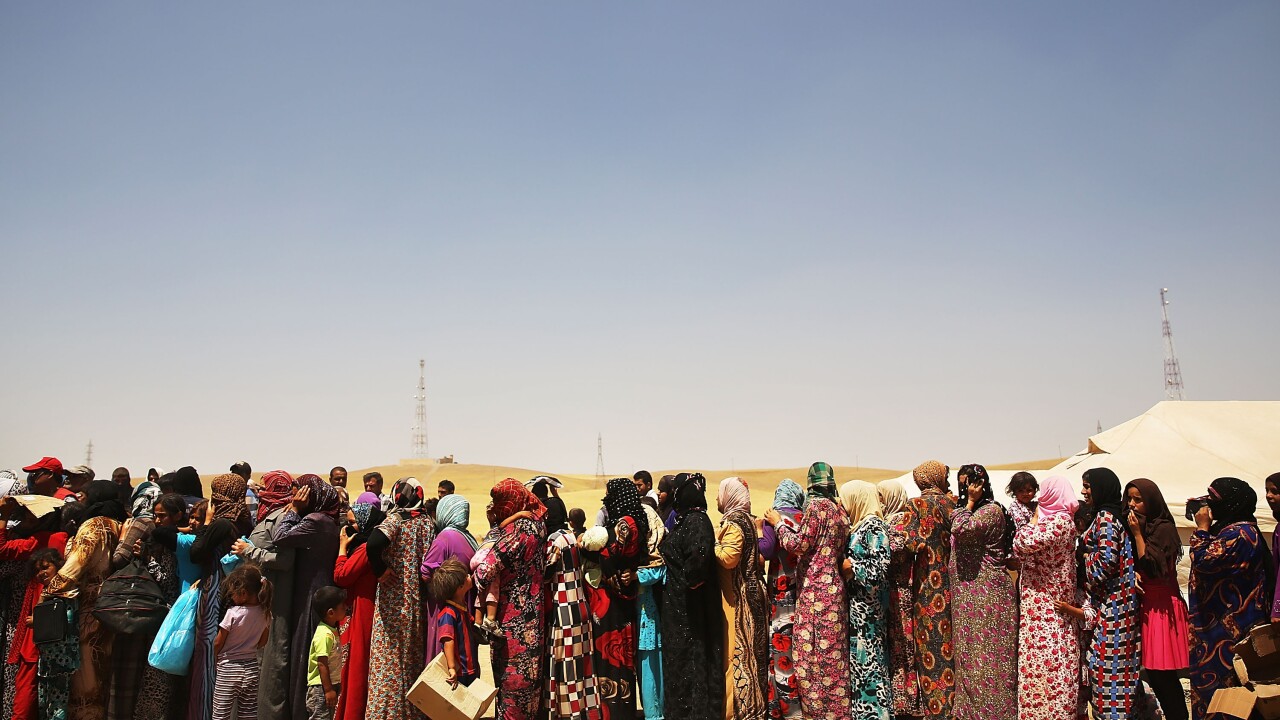 Spencer Platt/Getty Images
KHAZAIR, IRAQ - JUNE 30: Desperate Iraqi women at the Khazair displacement camp for those caught-up in the fighting in and around the city of Mosul wait for food and other items being dispensed by the Iraqi Red Crescent society on June 30, 2014 in Khazair, Iraq. Khazair is now home to an estimated 1,500 internally displaced persons (IDP's) with the number rising daily. Tens of thousands of people have fled Iraq's second largest city of Mosul after it was overrun by ISIS (Islamic State of Iraq and Syria) militants. Many have been temporarily housed at various IDP camps around the region including the area close to Erbil, as they hope to enter the safety of the nearby Kurdish region. (Photo by Spencer Platt/Getty Images)

WASHINGTON (AP) -- A federal judge has ruled the U.S. government was correct when it determined a woman who joined the Islamic State group was not an American citizen despite her birth in the country.

A lawyer for the family of the woman said Friday that they plan to appeal the ruling.

Hoda Muthana was born in New Jersey to a diplomat from Yemen and grew up in Alabama.

RELATED: Alabama mother begs to return to US, says moving to Syria and marrying ISIS fighters was 'a big mistake'

In 2014, she left the U.S. to join IS apparently after becoming radicalized online. While she was overseas, the government determined she was not a U.S. citizen because her father was a diplomat at the time of her birth and revoked her passport.