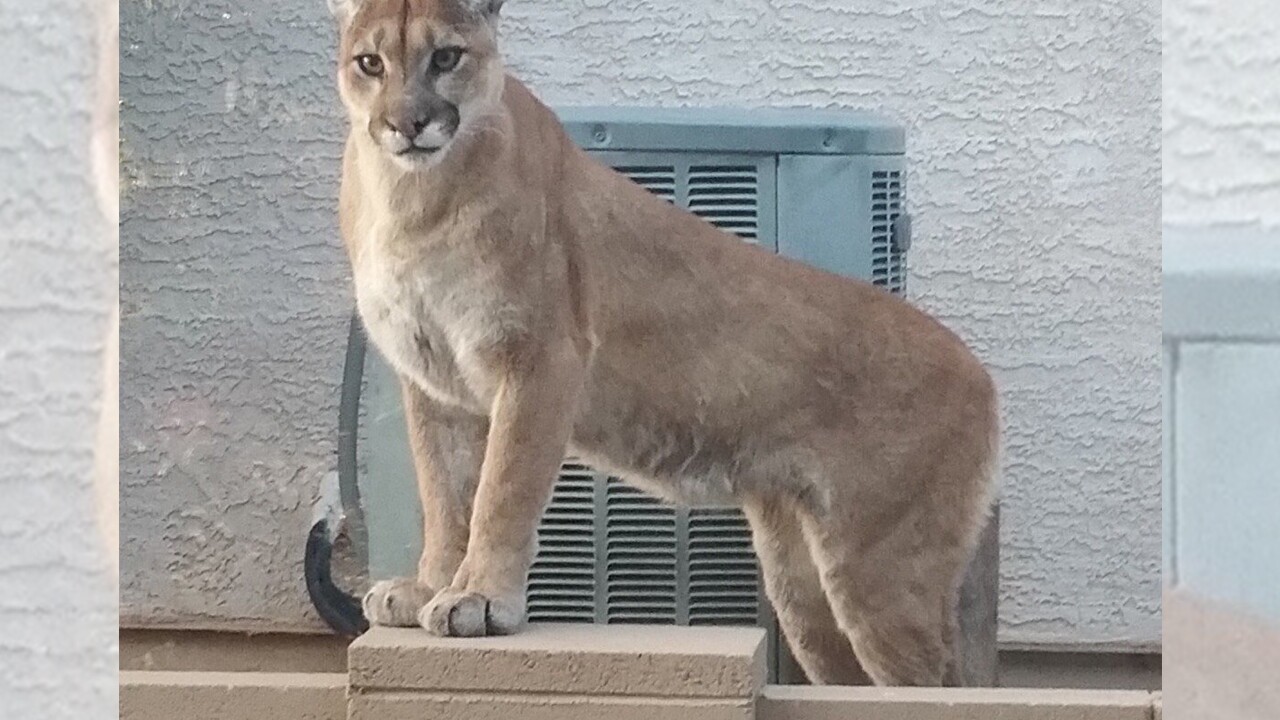 MACKAY, ID — A woman who thought she was breaking up a fight between two dogs soon realized that she was holding onto a much more dangerous animal.

On Jan. 30, when the woman's own pup became entangled with what she thought was another dog outside her home in Mackay, Idaho, she pulled the two apart, according to the Idaho Department of Fish and Game. As she glanced at the other animal, she realized it was actually a juvenile mountain lion.

Both the woman and the dog sustained some scratches during the scuffle but appear to be OK, officials said.

A Fish and Game officer retrieved the mountain lion for it to be tested "to determine if disease may have played a part in the lion's behavior," according to the press release.

The mountain lion was a male weighing about 35 pounds, officials said.

The most recent incident was the third case of a mountain lion attacking a dog in Idaho in January alone, according to the department. A second incident happened near Ketchum, and the dog involved in the third incident near Bellevue died from its injuries.

In Colorado, a runner strangled a mountain lion that attacked him earlier this week, according to a press release from Colorado Parks and Wildlife.

Idaho wildlife officials warned people who live near wintering deer that mountain lions are likely nearby as well. The department warned those who may come in contact with a mountain lion to not run, turn their back on the lion or crouch down or hide.

Officials advised people who encounter a mountain lion to remain facing the lion and slowly back away to leave the animal an escape route. People should also try to appear as large as possible by standing on a rock or stump, holding up their arms and standing next to others.

If the lion does not leave the area, people should shout, wave their arms and throw objects, officials said. If it attacks, people are advised to fight back by staying on their feet and using sticks, rocks, a backpack, their hands or even bear spray.