Florida man fed up with aggressive panhandlers, takes to streets to warn other drivers 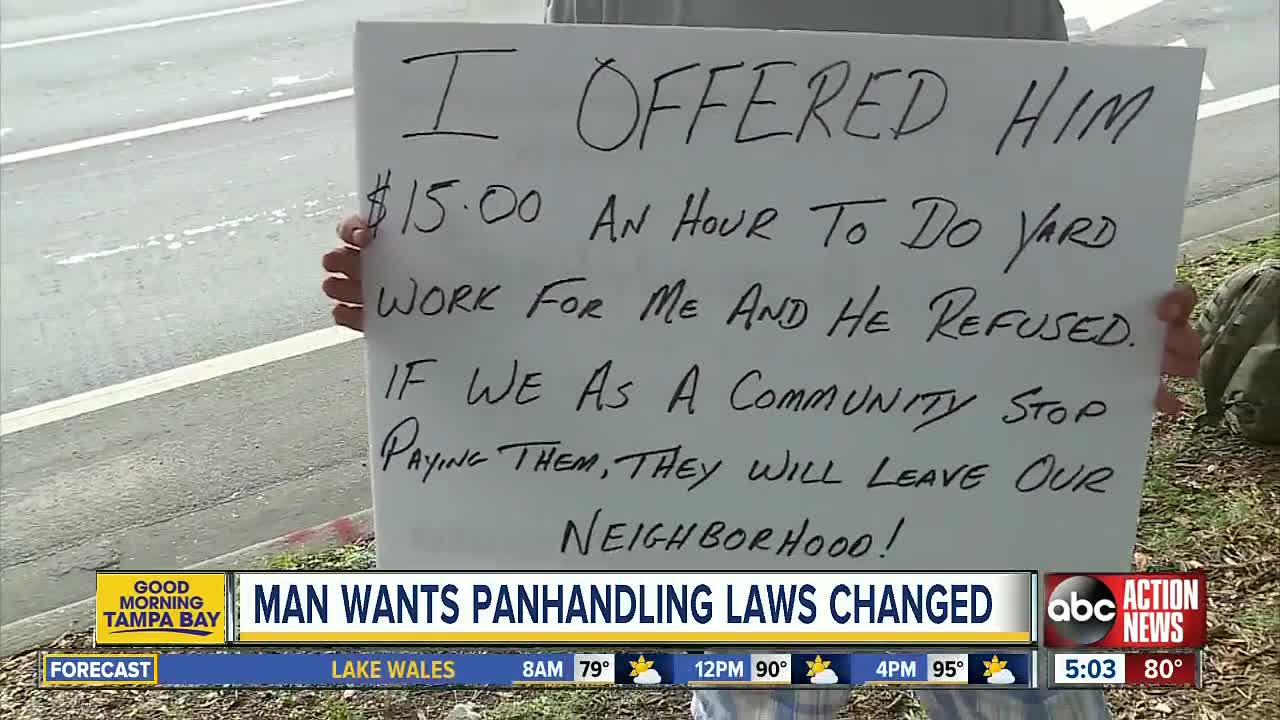 A driver says he offered a homeless man $15 an hour to do yard work. He said the homeless man only wanted money and then proceeded to kick the driver's tire. http://bit.ly/2ldntlM 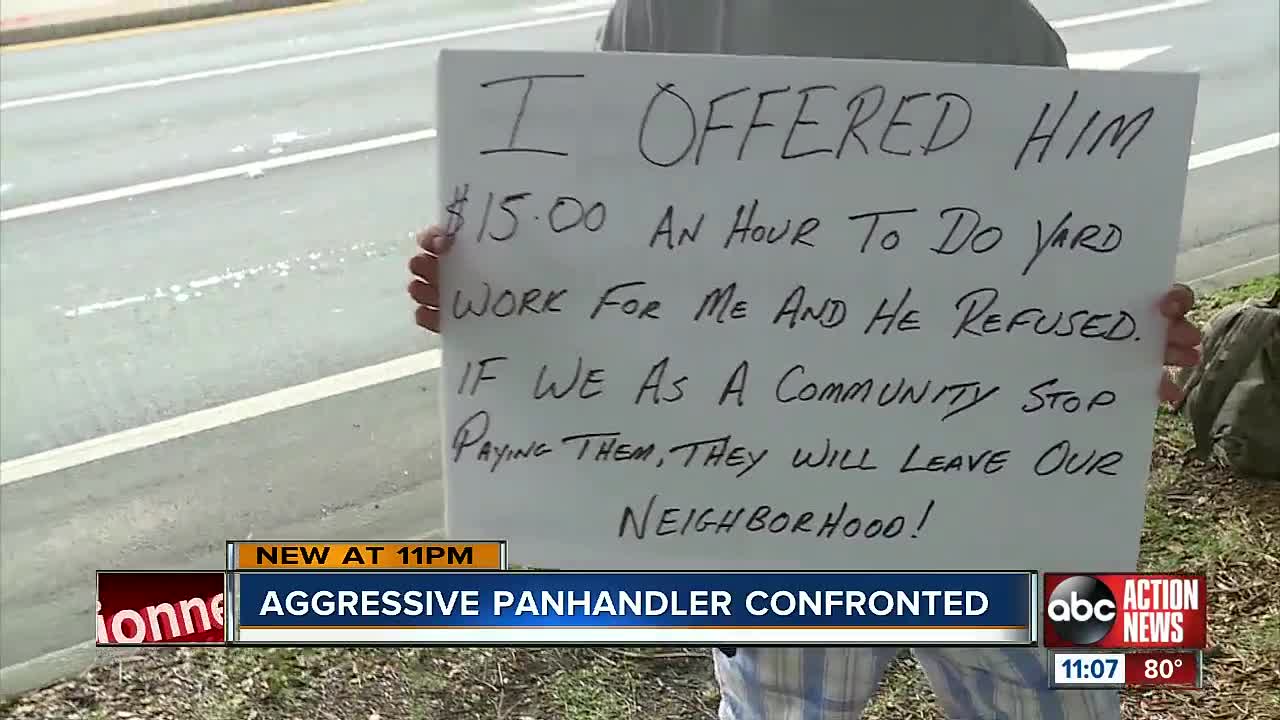 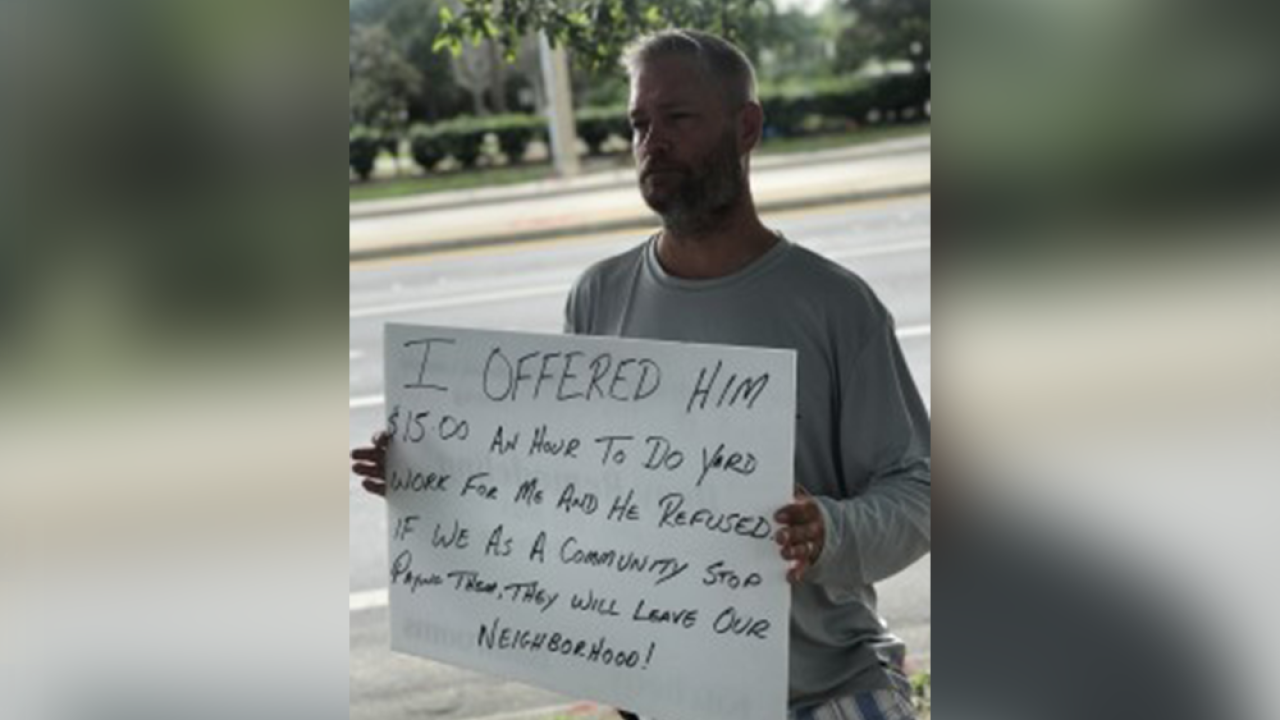 Instead of a handout, Ryan Bray said he offered a homeless man $15 an hour to do yard work. Bray said his offer to the man in need fell on deaf ears.

"So, I started rolling up my window, he's getting belligerent the whole time and then he kicks my tire," Bray said. "I said enough's enough."

Later that Sunday, Bray said he came back to the intersection with a sign that read, "I offered him $15 an hour to do yardwork for me, and he refused. If we as a community stop paying them, they will leave our neighborhood!"

From there, Bray said things escalated and the Bradenton Police responded.

"What frustrated me is the belligerence if you don't give them money," Bray said. "They curse and they yell at you. Said he's going to 'rape my mother, kill my wife,' you know why? Because, I didn't give you any dollars. Don't get belligerent with people that don't give you money."

ABC Action News reporter Michael Paluska talked to the man Bray identified as the aggressive panhandler. The man only said he wanted us to identify him as "Alabama" and that he didn't do anything wrong.

Alabama said Bray was the aggressor and that Bray never offered him a job.

Florida law states that panhandling is a misdemeanor. But, each municipality can choose whether to enforce the state law.

Bray wants the City of Bradenton to pass stronger legislation against aggressive panhandling.

"I understand the plight of homelessness," Bray said. "I feel bad for him. But, this isn't homelessness. They are making more money sitting here on this corner than they would doing an honest living. Enough is enough. It's out of control. It's getting worse and worse and worse now they are coming into northwest Bradenton."