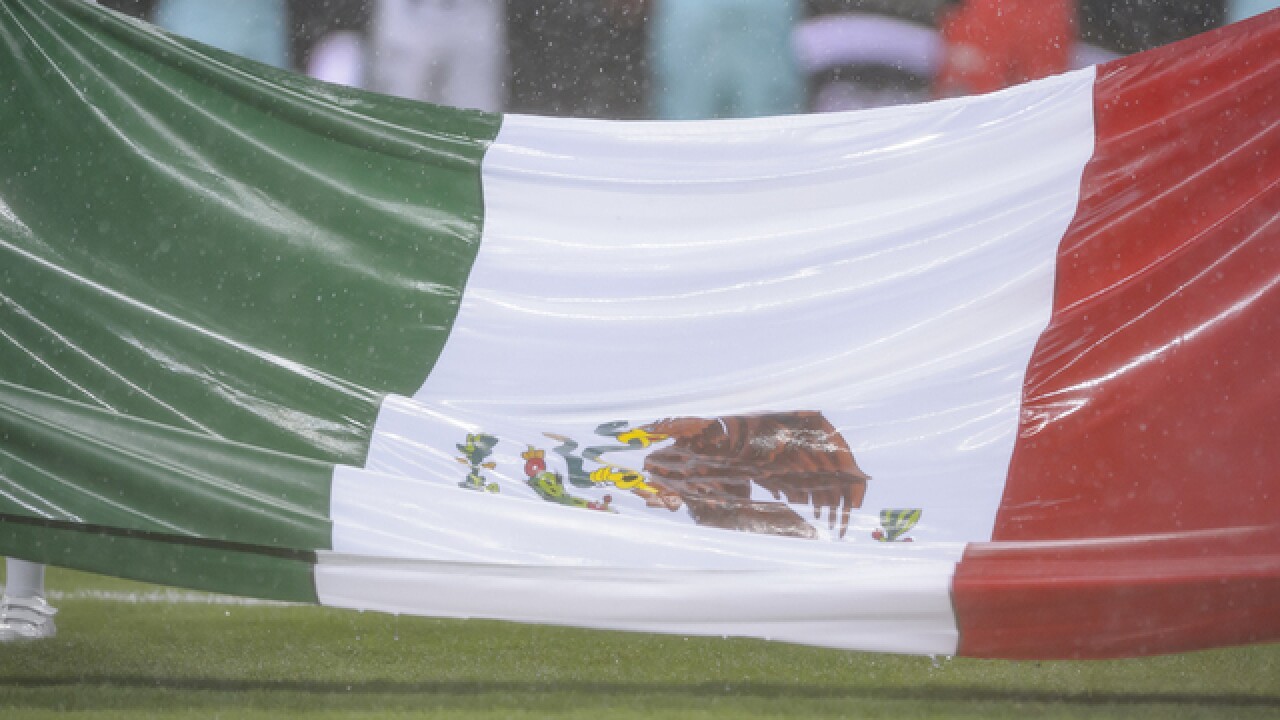 Copyright Getty Images
Azael Rodriguez
<p>MONTERREY, MEXICO - SEPTEMBER 27: The Mexican flag is seen under heavy rain prior the 11th round match between Monterrey and Santos Laguna as part of the Torneo Apertura 2017 Liga MX at BBVA Bancomer Stadium on September 27, 2017 in Monterrey, Mexico. (Photo by Azael Rodriguez/Getty Images)</p>

MEXICO CITY — Forensics officials in the western Mexican state of Jalisco are trying to determine how many victims are accounted for in 26 plastic bags of body parts found in a ravine this week.

The Jalisco state prosecutor's office said in a statement Thursday that it began to collect the bags Tuesday in the municipality of Tonala on the outskirts of Guadalajara.

The remains were taken to the state forensic science institute for identification.

Authorities have not suggested who may be responsible.