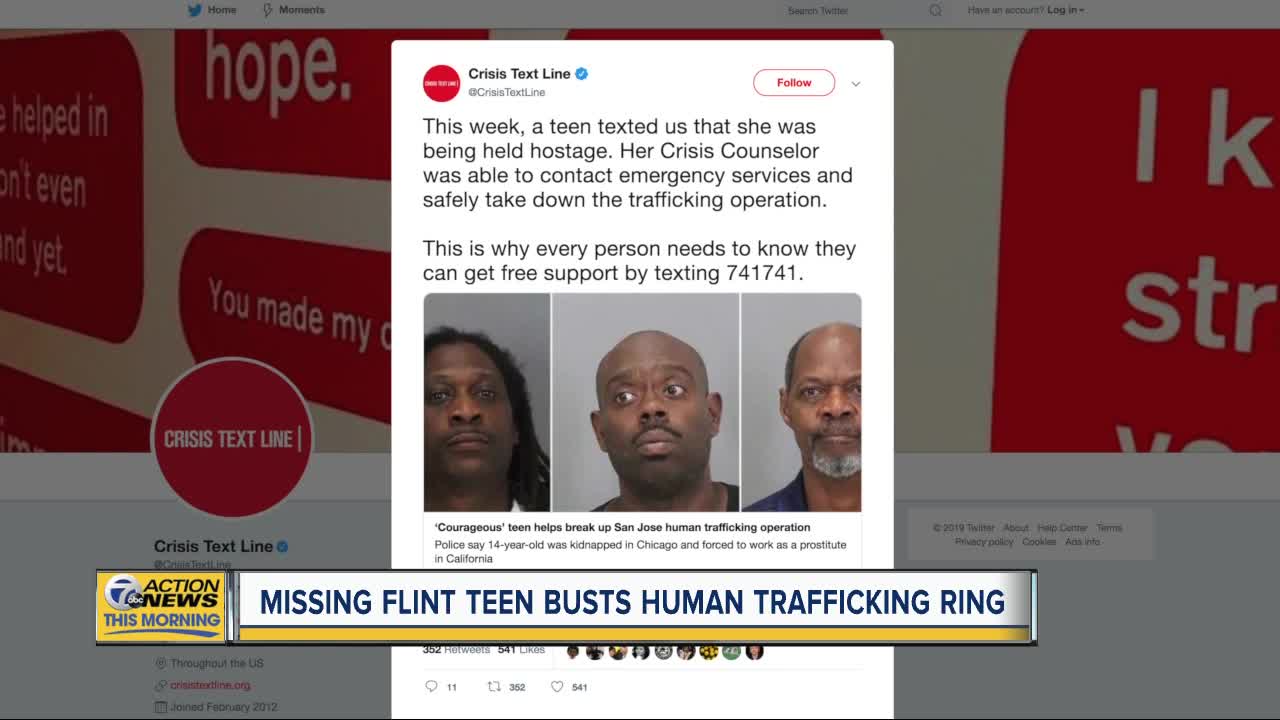 A 14-year-old Flint girl texted a crisis hotline and took down a human trafficking ring in San Jose, California.

A 14-year-old Michigan girl texted a crisis hotline and took down a human trafficking ring in San Jose, California.

San Jose police say the teen texted that she was being held against her will and forced to engage in prostitution.

Police say she was reported as a missing runaway from Flint, Mich. on Sept. 1, 2018, and went to Chicago. A few days later, police say she was kidnapped from Chicago and taken to Gary, Indiana. Eventually, she was taken to cities throughout California where she was forced to engage in prostitution.

Authorities located the survivor at a Motel 6 location on Sunday, May 26. Two other women, a 20-year-old and 23-year-old, were also rescued.