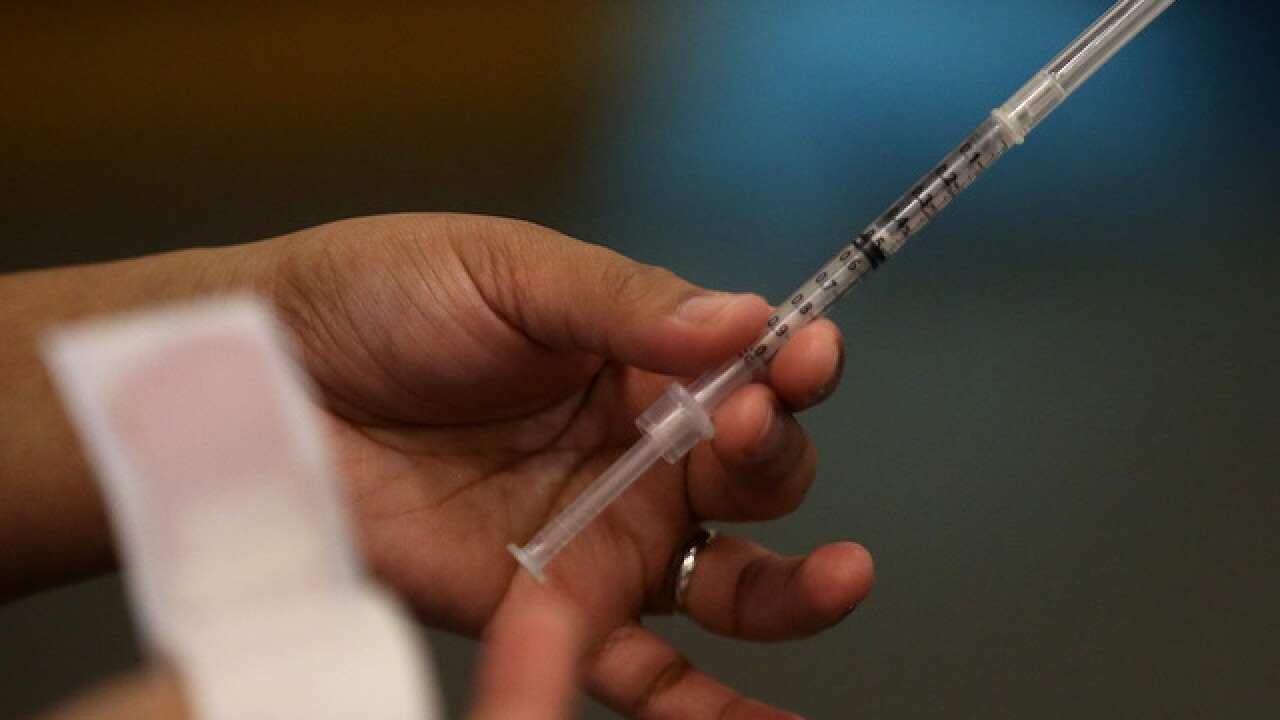 The flu vaccine may have an important benefit beyond protecting against influenza: It may also prevent heart attacks, especially in those at high risk, experts say.

"It's been a long time that people have recognized that association with flu season and development of a heart attack," said Dr. Kevin Schwartz, an infectious disease physician at Public Health Ontario.

When it comes to preventing heart attacks in people with cardiovascular problems, experts have put getting the flu vaccine on par with long-term measures such as quitting smoking or taking one's medication for high blood pressure.

Doctors don't fully understand what about the flu might lead to heart attacks in some people. But Schwartz said it could be a combination of inflammation, an increased risk of clotting in the blood and the stress the flu puts on your body -- for example, a faster heart rate and greater demands for energy.

The immune response might even change or rupture an arterial plaque, according to Dr. Laurence Sperling, director of Emory's Center for Heart Disease Prevention. This can lead to a heart attack by blocking one of the heart's major arteries.

Having an acute illness like the flu on top of a chronic cardiovascular problem can be "a bit of a perfect storm," he said.

"Every single one of our patients who has heart disease, part of our process is to discuss a flu vaccine," said Sperling, who also teaches at the Emory University School of Medicine and the Rollins School of Public Health. "Not just to prevent the flu but as a means of preventing a heart problem."

Dr. Anne Schuchat, acting director of the US Centers for Disease Control and Prevention, has described the United States as having "a very difficult season" marked by deaths and hospitalizations nationwide.

Schwartz said it's not just the US that's been hit with a particularly bad flu season; Canada has had a bump in flu cases, as well. Other regions, like parts of Europe and Hong Kong, have also reported a flurry of flu activity.

Last month, Schwartz and his colleagues in Canada published a study showing that heart attack risk was six times greater within a week of testing positive for the flu. The authors note that they studied only people who were sick enough to come to the doctor and get tested. The median age of those in the study was 77.

"The findings may not apply to, let's say, a young healthy person that has a mild case of influenza and never even needed to go to the doctor," Schwartz said, adding that the flu vaccine is nevertheless important for them because "younger, healthier people tend to be the reservoirs of influenza."

The effectiveness of the flu vaccine changes every year, according to the CDC. How well the vaccine fights off the illness may depend on which viruses are most dominant in a given year, which is difficult to predict. The vaccine may also reduce the severity of symptoms if you get the flu despite getting vaccinated, according to experts.

Estimates in recent years say the vaccine can lower the average person's risk of getting sick with the flu anywhere from 40% to 60% when there's a good match between the circulating flu viruses and those used to create the vaccine, the CDC says. For certain strains, like this year's H3N2 strain, that number may be lower.

"Even if you have, let's say, a low-covered season of 20 to 30% ... you're still going to decrease your risk of heart attack," Schwartz said.