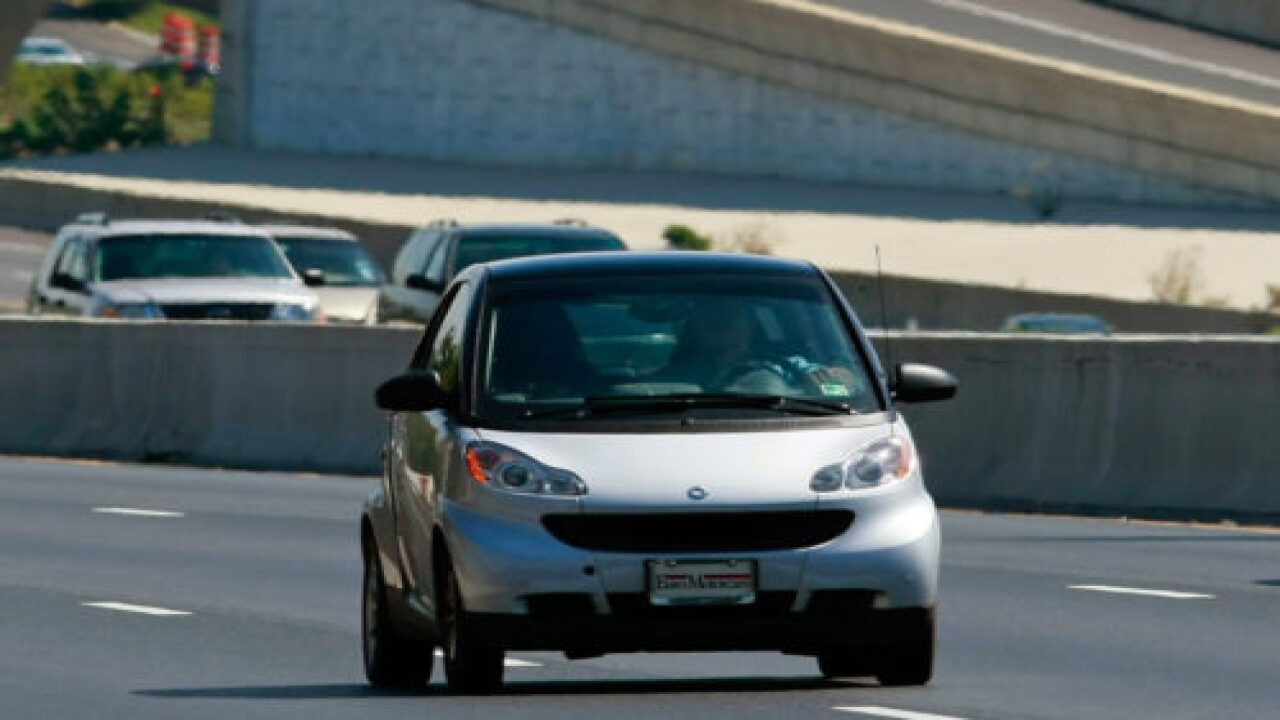 When Hurricane Dorian threatened to bear down on his Jacksonville, Florida, home, Patrick Eldridge had an unusual but effective idea for keeping his small car safe from the storm — parking it in the kitchen.

Patrick’s wife, Jessica, took to Facebook to share some photos of her husband’s brilliant disaster hack, and it has since gone viral. People were pretty shocked — and impressed —by his chosen method for making sure his small vehicle was not claimed by the storm. Check it out:

“My husband was afraid his car might blow away, and my car is in the garage,” she wrote by way of explanation.

Wow! The car actually fits pretty perfectly. The post has now been shared more than 67,000 times, and it has more than 23,000 reactions and more than 300 comments.

Jessica was initially skeptical that the Smart car would fit in their kitchen, but Patrick made it work.

“I’m hoping he will pull it out pretty soon once the wind dies down,” she told the Associated Press. “There is room and it’s not in the way but my dogs are confused by it.”

In the end, the storm left their area relatively unscathed, but Patrick is glad he was safe rather than sorry. He joked to CBS News that they now know they have an additional parking spot should the need arise.

As for the massive reaction online to the unconventional parking spot, they’re in disbelief.

“We are still in shock that this madness wave has occurred on the internet since the posting first emerged,” he told the outlet. Patrick is actually not the first person to park his car inside in order to avoid hurricane damage. Back in 2017, a Miami couple parked their 1987 Nissan 300 ZX in the living room to keep it from the path of Hurricane Irma.