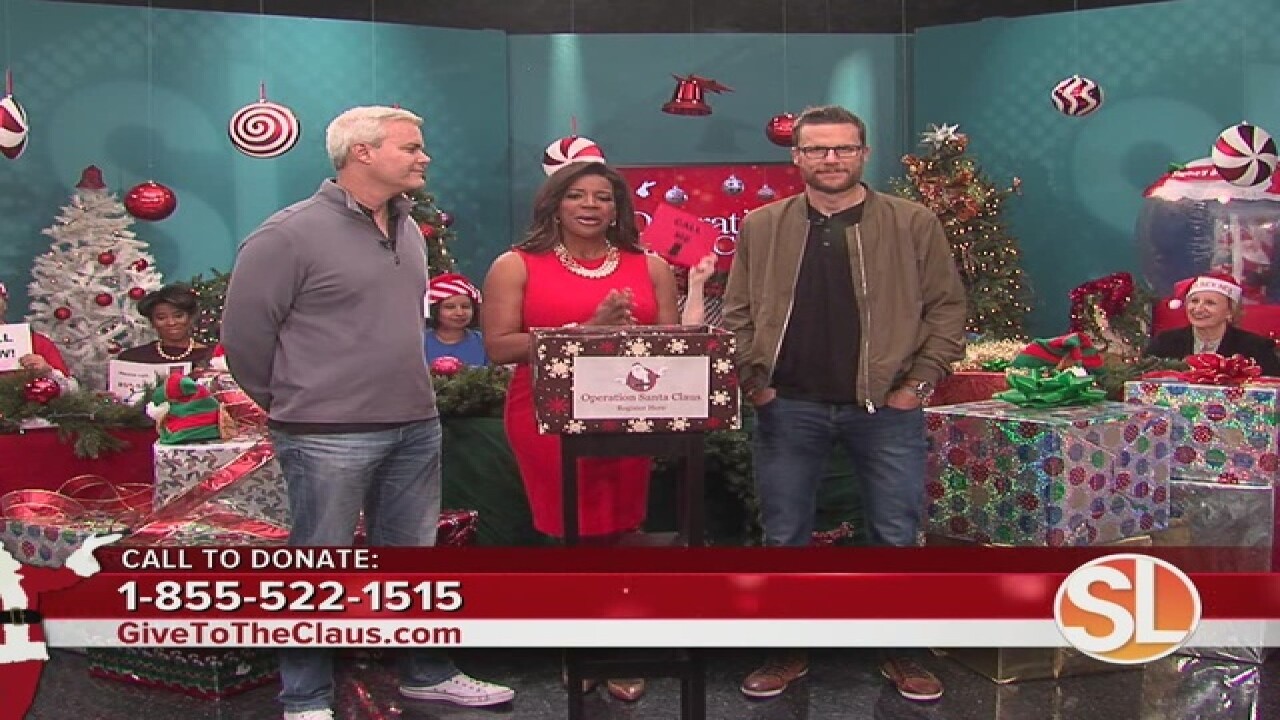 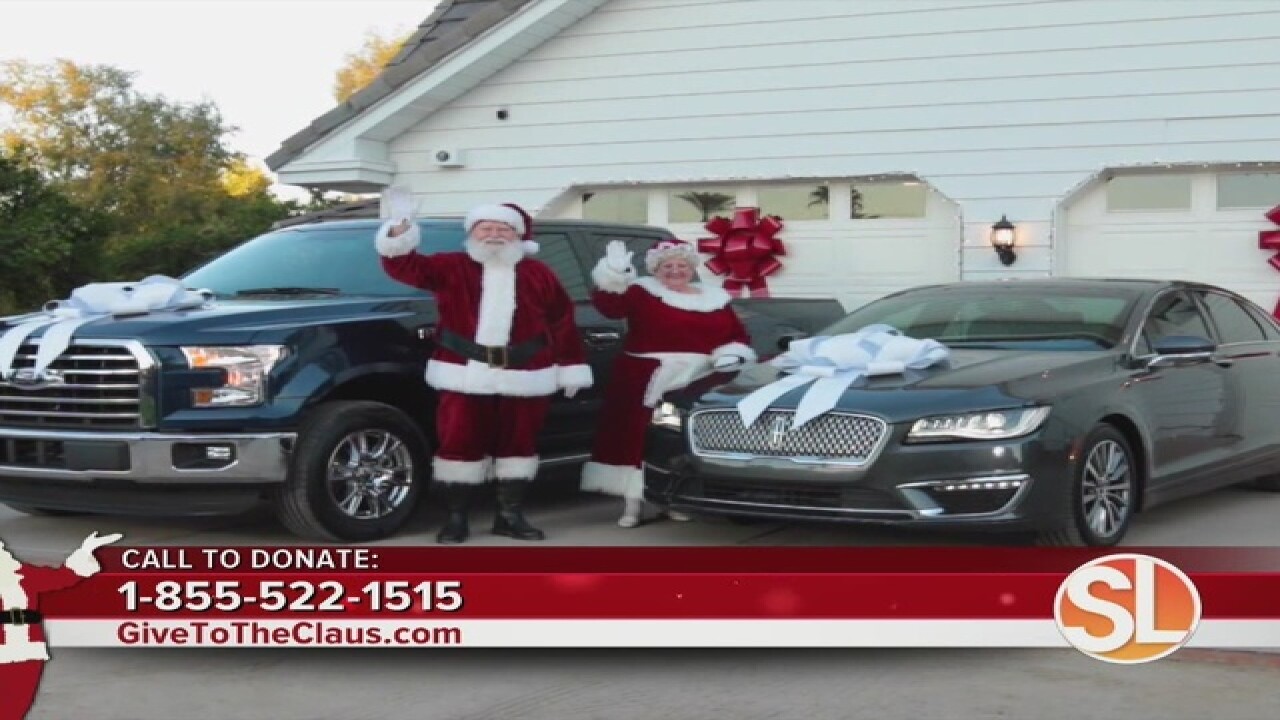 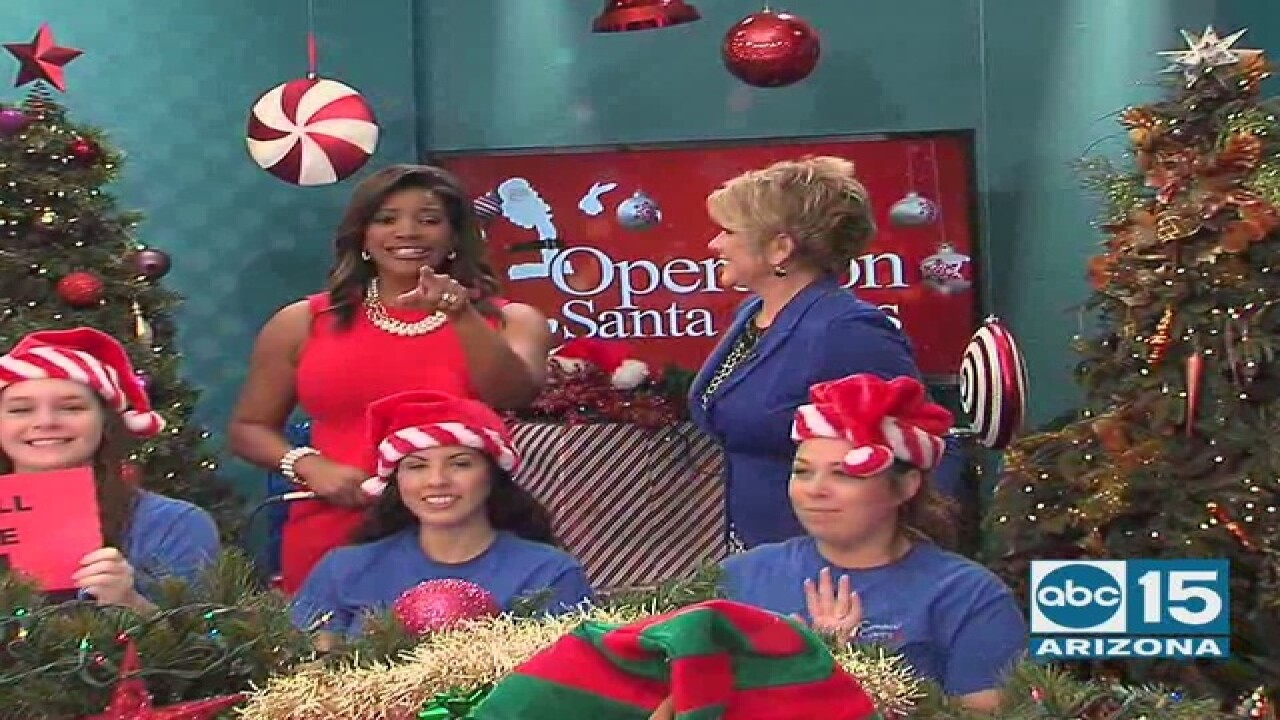 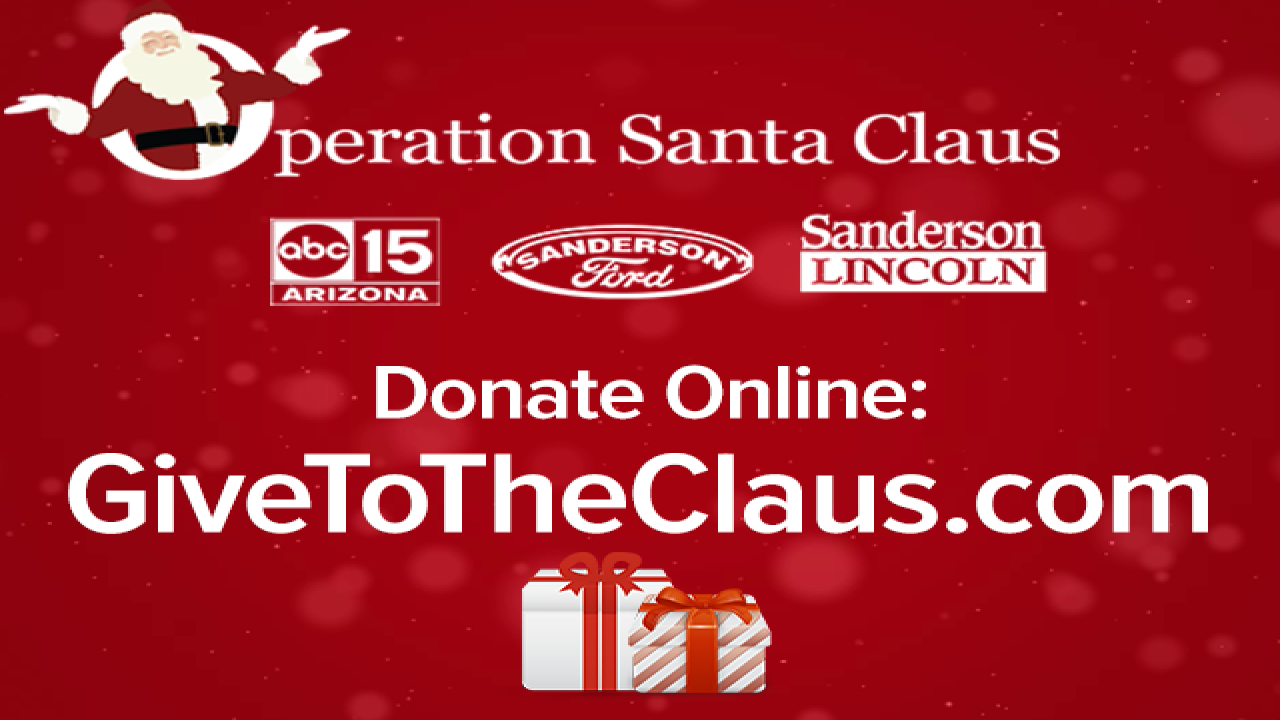 Your incredible generosity helped us raise $545,622 in our annual Operation Santa Claus "Claus-A-Thon", which will go to needy families across the Valley this holiday season.

If you missed the chance to call-in during our telethon, you can still donate online at givetotheclaus.com, or donate toys, food and clothing through Dec. 20! The following day, we’ll form a “human chain” at ABC15 and deliver all the goods to our Operation Santa organizations.

Operation Santa Claus is an Arizona tradition and partnership between ABC15 and Sanderson Ford to collect food, toys, clothes and monetary donations for Arizona charities.

You can drop-off toys at the following four locations:

•   All of The UPS Store locations across the Valley

Anyone who donates to Operation Santa Claus will be entered to win a brand new car!  Sanderson Ford and Lincoln will randomly select one lucky donor to win their choice of a 2017 Ford F150 Supercrew or 2017 Lincoln MKZ.  Fifteen finalists will also receive a $100 Visa gift card. The winner will be announced on Dec. 21 during ABC15’s Sonoran Living Live at 9am.