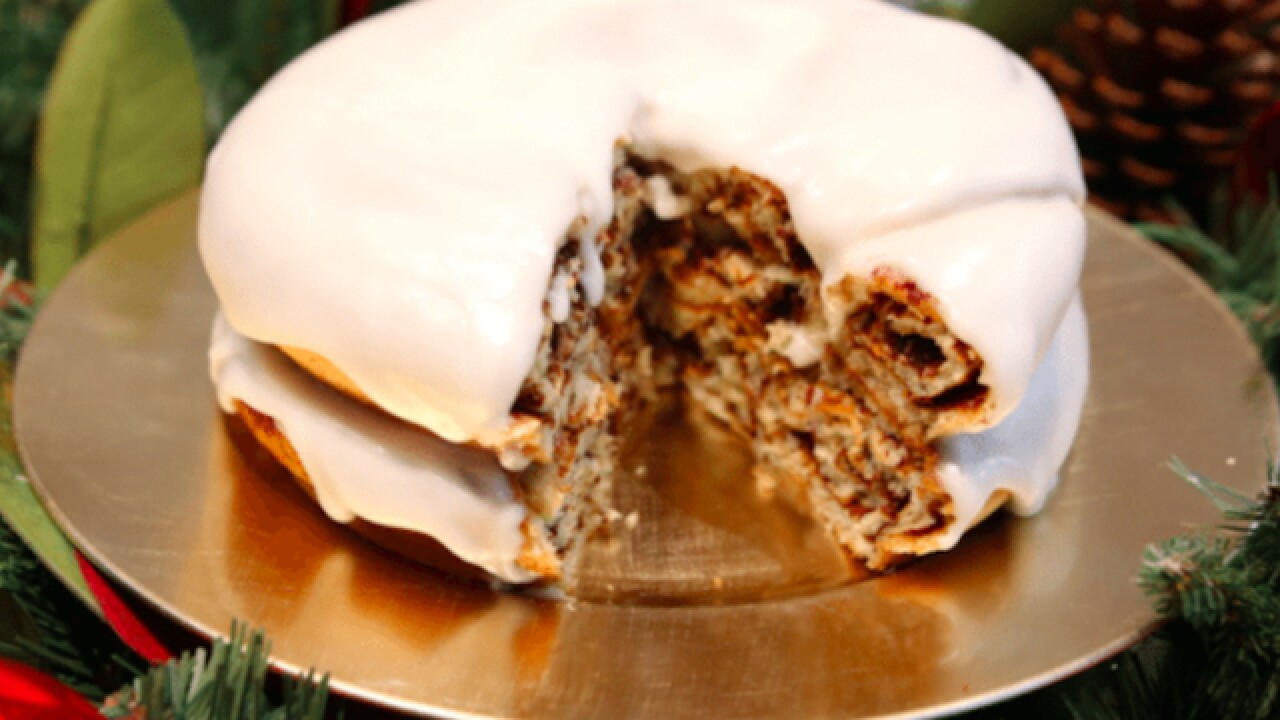 Nothing beats the smell of sweet treats baking in the oven on Christmas morning. Well, usually nothing. But if you go to Sam’s Club and buy their latest holiday creation, you’ll win Christmas breakfast, guaranteed.

Sam’s Club representatives say this massive cinnamon roll has layers of cinnamon and white icing dripping over the top. And it’s what dreams are made of. OK, they didn’t say that, but you know they’re thinking it—and so are we!

Here’s a snap of the huge cinnamon roll, shared by Instagrammer inaudiblenoise2. I mean, really, just look at this thing!

Now THAT is what I call a cinnamon roll! #SamsClub

Word about the giant roll is already spreading on social media and we have to agree with ts89_fitness’s post on Instagram—we’re totally drooling, too.

The big-box store is known for selling massive quantities of a variety of products including oversized ones, like October’s 72-ounce pumpkin cheesecake. So, while this humongous cinnamon roll shouldn’t come as a huge surprise, we still can’t help by marvel at it.

You’ll need a Sam’s Club membership to get your own giant cinnamon roll, but just like everything at the store, you can’t beat the price. For one of the rolls, which, honestly, is more like a cake, it’ll only cost you $4.98. But hurry, because they’re only available through Dec. 31—just in time for your New Year’s Resolutions.

Don’t have a Sam’s Club near you or just want to try your hand at your own super-sized cinnamon roll? We’ve got you covered! Check out this recipe video for your very own Giant Cinnamon Roll via Tasty.

The entire thing is made from scratch, including the dough and filling, so this is seriously homemade, meaning you’ll for sure get that wonderful holiday smell on Christmas morning.

Related stories
Copyright 2017 Scripps Media, Inc. All rights reserved. This material may not be published, broadcast, rewritten, or redistributed.