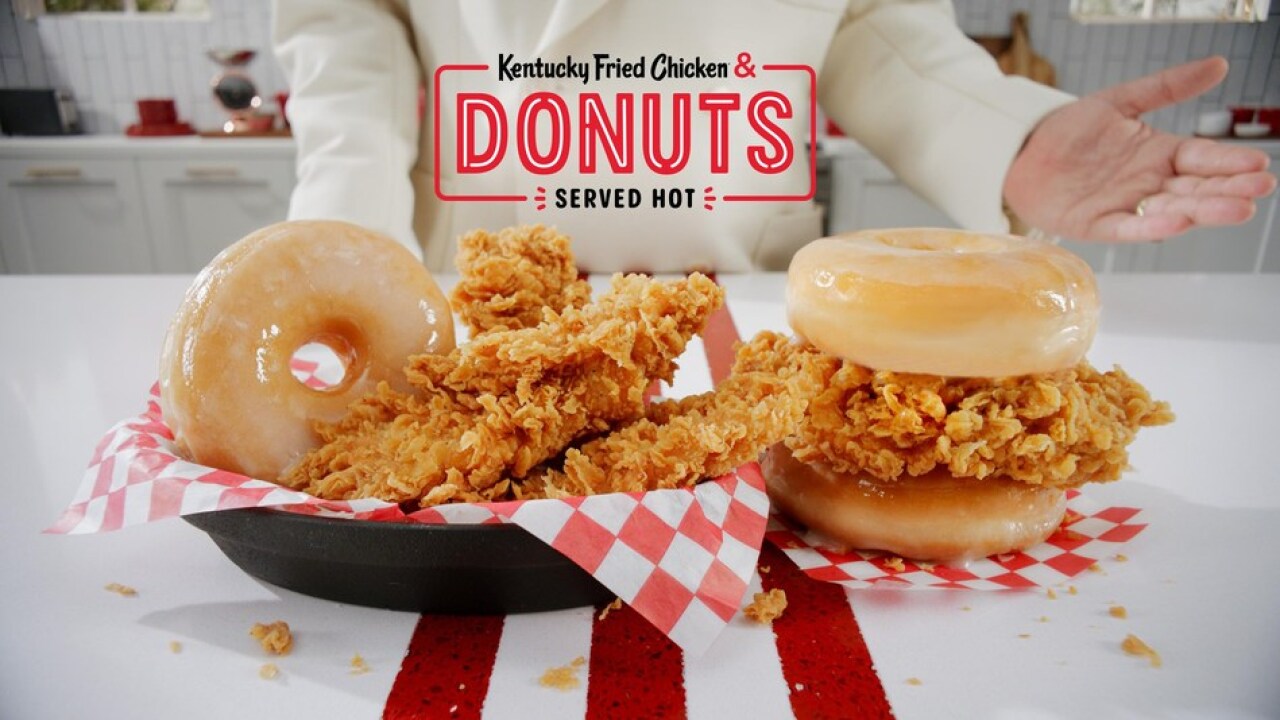 KFC says the menu options will be available at participating restaurants in the U.S. for a limited time, from Feb. 24 to March 16.

KFC released the chicken and donuts sandwiches and baskets at limited locations last year. The restaurant chain claims they were so popular that acclaimed chefs started opening entire concepts around them.

"Chicken & Donuts is the newest fried chicken trend we're bringing to all of America," said Andrea Zahumensky, chief marketing officer, KFC U.S. "But not just any donut would do. Only a donut that's glazed-to-order and served piping hot every single time can stand next to our hand-breaded fried chicken. It's a finger lickin' good dish filled with glaze and glory."

KFC says donut fans can experience the "finger-lickin' sweet and savory meal" in a variety of options, ranging from $5.49 to $7.99:

To celebrate the wide release of its fried chicken and donuts, KFC says it will also open a pop-up shop called "The Colonel's (Chicken &) Donuts Shop" for one day on Feb. 22 in Los Angeles, “the donut capital of the world.”