How To Freeze Milk So It’ll Keep For Longer 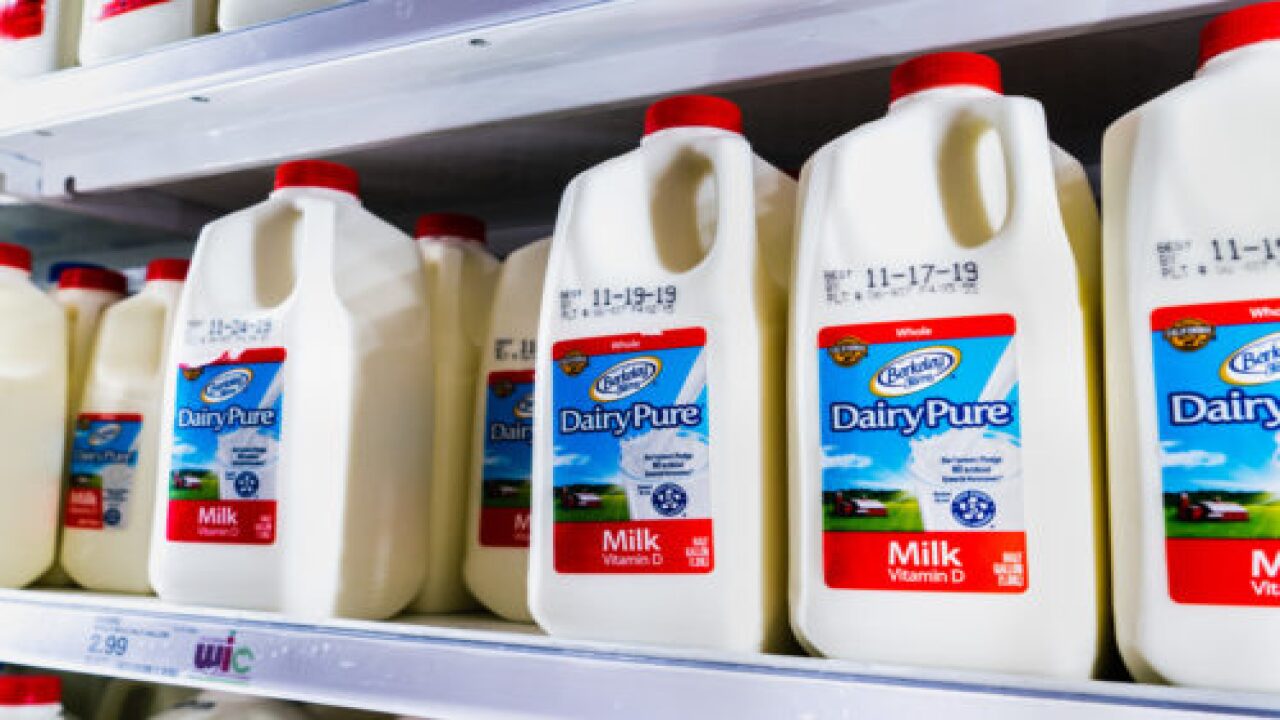 If you’ve been to the grocery store lately, you’ve likely encountered some empty shelves. While some of the initial hoarding of food and toilet paper may have slowed down a bit, many stores are still having trouble keeping shelves stocked during the COVID-19 pandemic.

Along with meat and eggs, one of the other items going quickly is milk. If you are able to find milk at your local grocery store, you may want to consider buying a few extra containers (but leave some for others, of course) — and then freeze whatever you don’t need for the week.

That’s right — you can freeze milk!

According to the United States Department of Agriculture (USDA), freezing foods before their expiration dates allows you to safely eat them later by slowing the movement of molecules, causing microbes to enter a “dormant stage,” which prevents the growth of microorganisms that cause both food spoilage and foodborne illnesses, like listeria.

While freezing milk is pretty simple, you will have to transfer the milk to an air-tight container, ideally made of plastic, as glass may shatter or crack in the freezer. You’ll also need to remove some of the milk — around a cup or so — so that there are at least two inches of space at the top of the container because milk expands when it freezes.

Of course, make sure you write the date you put the milk in the freezer on the new container, as the previous expiration date will now be irrelevant. Good Housekeeping recommends freezing milk for no longer than three months, and mentions that whole milk does not freeze well, but skim and semi-skim milk does.

According to the Dairy Council of California, after you have frozen your milk, it can be thawed in the refrigerator or in cold water and it is safe for consumption. Milk also retains its nutrients, even after it’s been frozen.

Be aware, however, that the flavor of the milk may be affected, as frozen milk can pick up the flavors of other items in the freezer (such as fish!). The texture may also change, and you’ll want to vigorously shake the milk after it’s thawed to bring the consistency closer to its original state.

Because of the textural and flavor changes, it may be best to use your thawed milk in recipes — such as baked goods or smoothies — rather than drinking it straight from a glass.

While the USDA doesn’t specifically list milk in its freezing and food safety guide, the organization does offer general tips when it comes to frozen food. They say you can freeze “almost any food,” with the exception of canned food and eggs in shells. And some foods simply don’t freeze well, like mayonnaise, cream sauce and lettuce.

Have you ever tried to freeze milk? What other foods have you frozen?