Hair Salons May Not Be Using Blow-dryers When They Reopen 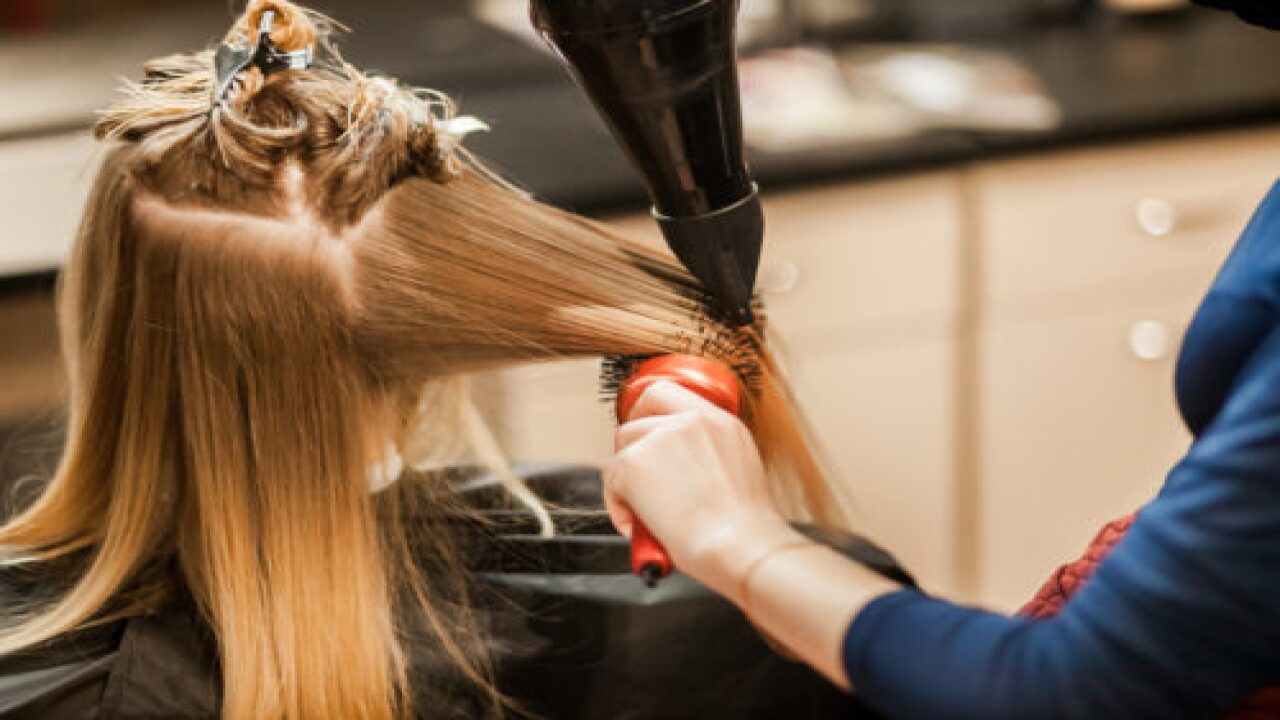 Ask people where they intend to go first when social distancing measures are lifted and many of them are likely to mention the hair salon. Barred from getting their regular haircuts, a lot of people have fallen into two camps — either they look like Cousin Itt (me) or they’ve decided that now is the perfect time to experiment with a wild, DIY hairstyle. After all, hair grows back!

I wish I had the courage or the facial structure to full-on shave my head. Alas, all I can do is daydream about the way my hair could look straight out of the salon. Those hours directly after stepping out of a stylist’s chair — with my hair freshly cut and blown out — are the best version of me I can hope for before I eventually slink my way to the salon again five months later.

For those who feel the same, you might be thrilled to learn that 75% of states across the U.S. are slowly reopening “close contact” businesses, including hair salons. If you’re brave enough to be among the first to return to the salon chair, however, you may find that things are not the same. In addition to continued safety measures, like the use of face masks, many salons have taken those blow-drying options off the table.

For example, when Connecticut Governor Ned Lamont announced that the state’s hair salons would be allowed to reopen on May 20, he included the stipulation that blow-dryers would be banned, explaining that they could exacerbate the circulation of COVID-19 particles in the air. Several days later, the state walked back this particular restriction, with David Lehman, commissioner of the state Department of Economic and Community Development, saying that blow-dryers could be used by salons “as needed.”

“For sanitation purposes, it’s not yet clear if blow dryers can or cannot be used at salons,” New York City-based hairstylist Devin Toth told Popsugar. “It’s very state-by-state, salon-by-salon, but many stylists aren’t for now. There is speculation that they could potentially blow airborne COVID-19 droplets around the shared space. Even if salons can have blow-dryers running, it’s not likely that they will have 10 of them running at the same time. For now, people will try to limit the usage.”

As for other safety measures, states like Connecticut may provide a strong model for other salons across the country. In addition to the blow-dryer restrictions, salons are being asked to operate at 50% capacity, to press pause on walk-ins, to soak tools in disinfectant between clients and more. And companies like Barbicide, which are offering COVID-19 certifications to stylists, also provide best practices for salons preparing to reopen.

What do you think? Are you ready to rush back to your salon and get your hair professionally styled, wet post-cut head and all, or will you wait and see if those blowout options come back?