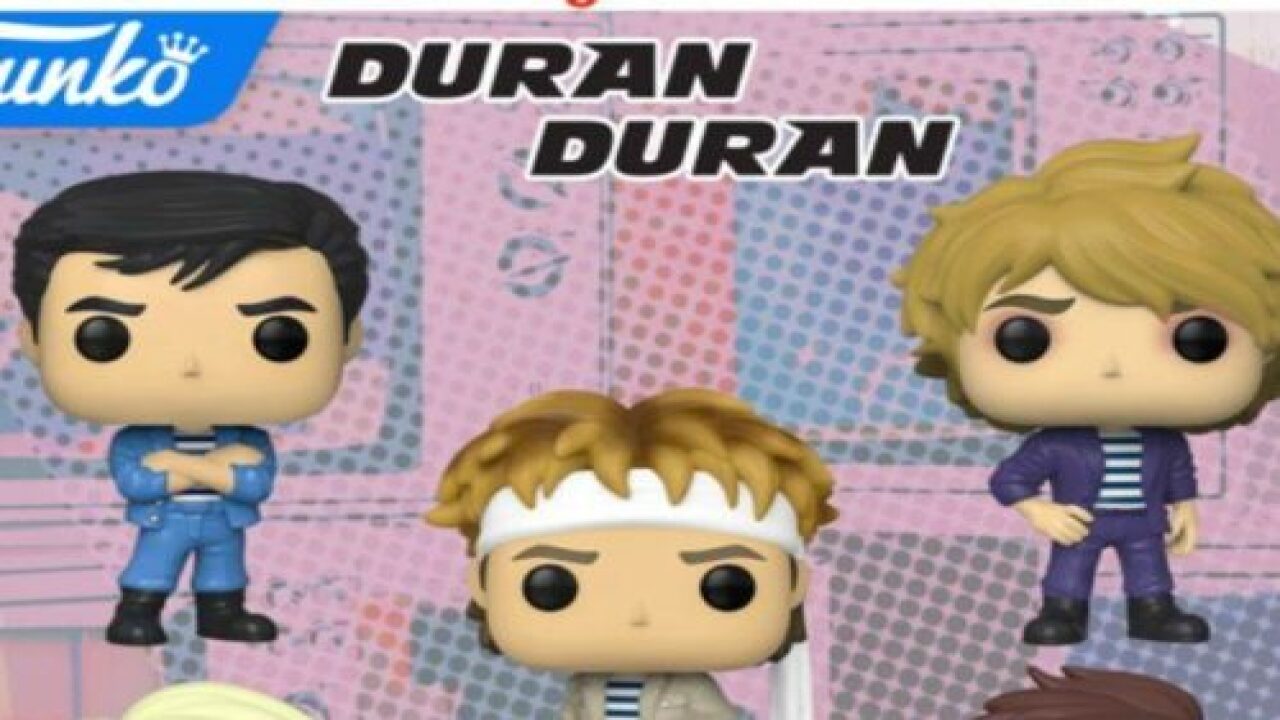 Hey, ’80s music fans! It time to pull out those neon-colored shirts, big belts and tease that hair like crazy because Funko Pop! just announced the newest additions to its Pop! Rocks collection: Duran Duran and Def Leppard! These two iconic British musical groups revolutionized the ’80s sound with their pop and rock hits!

Duran Duran brought us classics like “The Reflex” and “Hungry Like the Wolf” and will be immortalized in miniature figures so fans can collect all five band members, including singer Simon LeBon, bassist John Taylor, guitar player Andy Taylor, keyboardist Nick Rhodes and drummer Roger Taylor.

Just check out the hair and intense glances on these figures!

Each figure stands 3.75 inches tall and is designed to capture the style and flair of each band member. You can pre-order each Funko Duran Duran figure individually for $10.99 on Amazon with free shipping if you are a Prime member.

The scheduled release date for the Duran Duran figures is Jan. 15, 2020. But, by ordering now, you can still make these a fabulous holiday gift. Just print out a picture of the miniature band members and slip it in a nice, vintage cassette tape case of your favorite Duran Duran album (“Seven and the Ragged Tiger” for the win!).

If classic rock is more your style, then you’ll want to order the new Def Leppard Funko Pop! Rocks figures. Included among the set are singer Joe Elliot, guitarists Vivian Campbell and Joe Collin, bassist Rick Savage and drummer Rick Allen — and yes, Allen’s Pop figure has only one arm. The band’s iconic drummer lost his arm after a car crash in 1984 but got a custom drum kit that has let him keep rocking for decades since!

The entire Def Leppard Funko collection is scheduled to be released on Jan. 30, 2020.

Each figure costs $10.99 and is sold separately. Amazon accepts pre-orders and will ship them for free to Prime members.

See the whole lineup below:

Duran Duran and Def Leppard are far from the only two musical acts to get the Funko Pop! treatment. The company has done hundreds of musical figures over the years, including other full bands. Some of those include pop groups like NSYNC, which had this lovely Justin Timberlake figure, featuring his hands-free microphone.

They’ve also done a set of figures for The Police, including this cool little version of drummer Stewart Copeland, complete with his kit!

And the biggest prog rock nerds will geek out over this set Funko made of the band Rush in 2018, including all three members in classic garb.

Funko figures first hit shelves back in 1998 with a line of nostalgic bobbleheads called Wacky Wobblers. From there, the company expanded its product line and introduced its Pop! collections in 2011 that embraced pop culture characters, such as superheroes and figures from various entertainment franchises including TV shows, movies and books.

Do you have any Funko figures on your shelf?

We were not paid to write this story. The products and services mentioned below were selected independent of sales and advertising. However, Simplemost may receive a small commission from the purchase of any products or services through an affiliate link to the retailer's website.