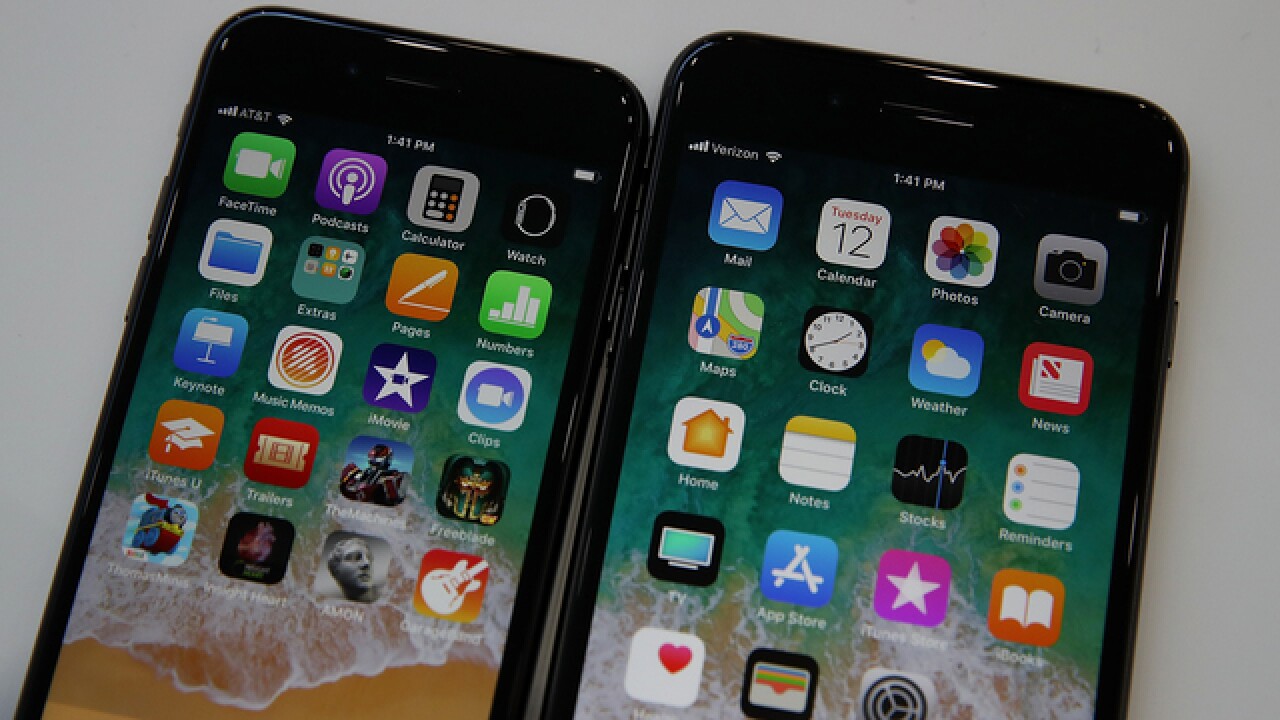 Image copyright 2017 Getty Images. All rights reserved. This material may not be published, broadcast, rewritten, or redistributed.
Justin Sullivan
<p>2017: iPhone 8 — The iPhone 8 (L) and iPhone iPhone 8S are displayed during an Apple special event at the Steve Jobs Theatre on the Apple Park campus on September 12, 2017 in Cupertino, California.</p>

The new iPhones have officially debuted. And yes, facial recognition software is no longer just science fiction — it’s real and it’s on the X.

What should you do now that the waiting game is over? Here are three options.

1. Spring for a new phone

But you don’t have to shell out the entire cost upfront. Existing iPhone owners can  trade their current device  for credit toward a new one. Estimate the trade-in value of your device online.

Another option? Instead of buying outright, iPhone users can essentially lease their phone and qualify for a newer one each year through Apple’s  iPhone Upgrade Program .

“The full cost of your phone and AppleCare+ coverage is spread out over 24 months with 0% interest. And you can upgrade once you’ve made 12 payments,” according to the company.

The prices for the phones:

If you’re already part of the program,  check your upgrade eligibility . If you’re interested in joining, visit Apple’s website for details.

2. Save on older models

Getting one of the latest iPhones isn’t the only way you can score a new Apple device. After all, you could pick the iPhone 7 instead. And before you say that it’s no fun to have last year’s model, here’s why you might want to consider it: Apple has lowered prices on its older iPhones with the announcement of the new models.

You can also purchase a pre-owned iPhone at a discount on sites such as Gazelle, Swappa and Decluttr.

3. Wait it out — bolster your savings

You can buck the new technology trend and stick with your current device. Put the money you would have spent on an iPhone toward a financial goal, such as building your  emergency fund  or saving up for a vacation.

Or wait it out for a while. Wireless carriers offer some of their biggest promotions around Black Friday and the holidays, so you might have an incentive to buy later.

But you don’t have to decide anything right away. You may want to consider upgrading to a new phone when it makes sense for your financial situation — not when everyone else is getting one.