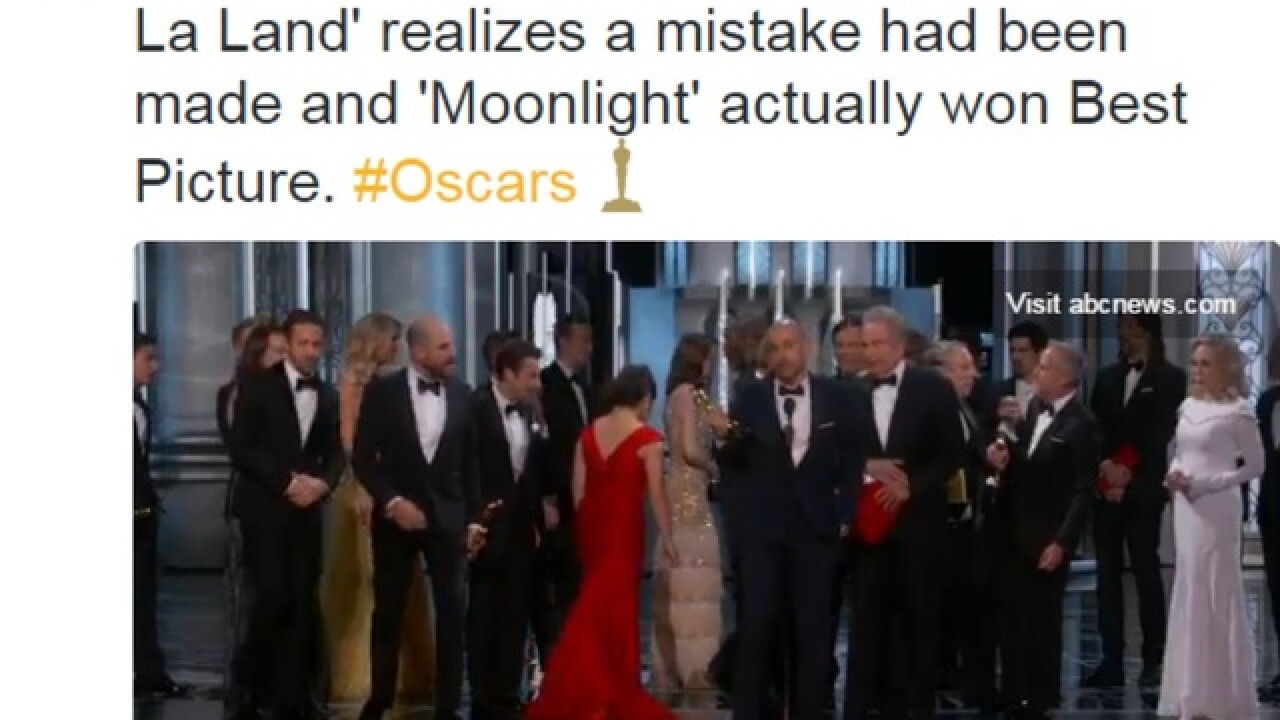 It's an awkward moment that will surely be played over and over again for the next couple days. And it probably will make an appearance at next year's show.

The Oscars got the winner of the night's top award wrong and had to deliver an immediate, live-on-air correction.

Warren Beatty and Faye Dunaway were on stage to present the Oscar for Best Picture.

Beatty took a few double-takes at the card and handed it to Dunaway who announced that 'La La Land' had won the honor. However, it turns out that they both mistakenly read from the Best Actress card, which Emma Stone had just won the Oscar for.

As La La Land's cast and crew went up on stage, Jimmy Kimmel and other production crew came on stage with another envelope -- the real envelope -- which revealed that "Moonlight" was the actual winner of the Best Picture award.

Watch the moment as it happened live on TV below. Trust us, it's awkward...for everybody.

WATCH: Moment where crew/cast of 'La La Land' realizes a mistake had been made and 'Moonlight' actually won Best Picture. #Oscars pic.twitter.com/WCCopwsJ66

The Miss Universe competition even took notice and took to Twitter.

Have your people call our people - we know what to do. #Oscars #MissUniverse