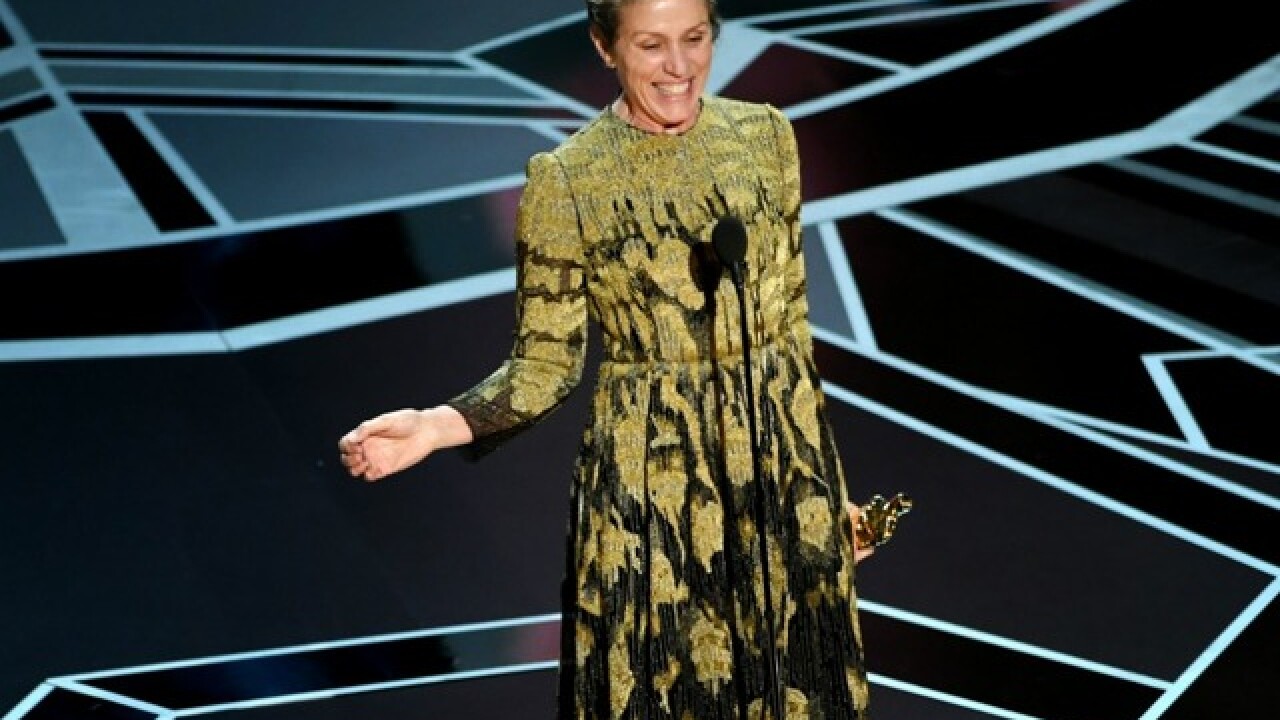 Those were the two words Frances McDormand left audiences with after accepting the award for "Best Actress in a Leading Role" at the 90th Academy Awards on Sunday night for her performance in "Three Billboards Outside Ebbing, Missouri."

"Okay, so I'm hyperventilating a little bit. If I fall over, pick me up cause I've got some things to say," she said, before asking all women working in the industry to stand up.

Frances McDormand asks all the female nominees in every category to stand with her. "Look around, everybody...because we all have stories to tell and projects we need financed." https://t.co/lJd8920ucU #Oscars pic.twitter.com/pOLaWHatZK

"Look around, ladies and gentlemen, because we all have stories to tell and projects we need financed. Don't talk to us about it at the parties tonight. Invite us into your office in a couple days, or you can come to ours, whatever suits you best, and we'll tell you all about them."

According to Time, the term "inclusion rider" refers to a clause in an actor's contract that sets gender and diversity requirements for the cast and crew.