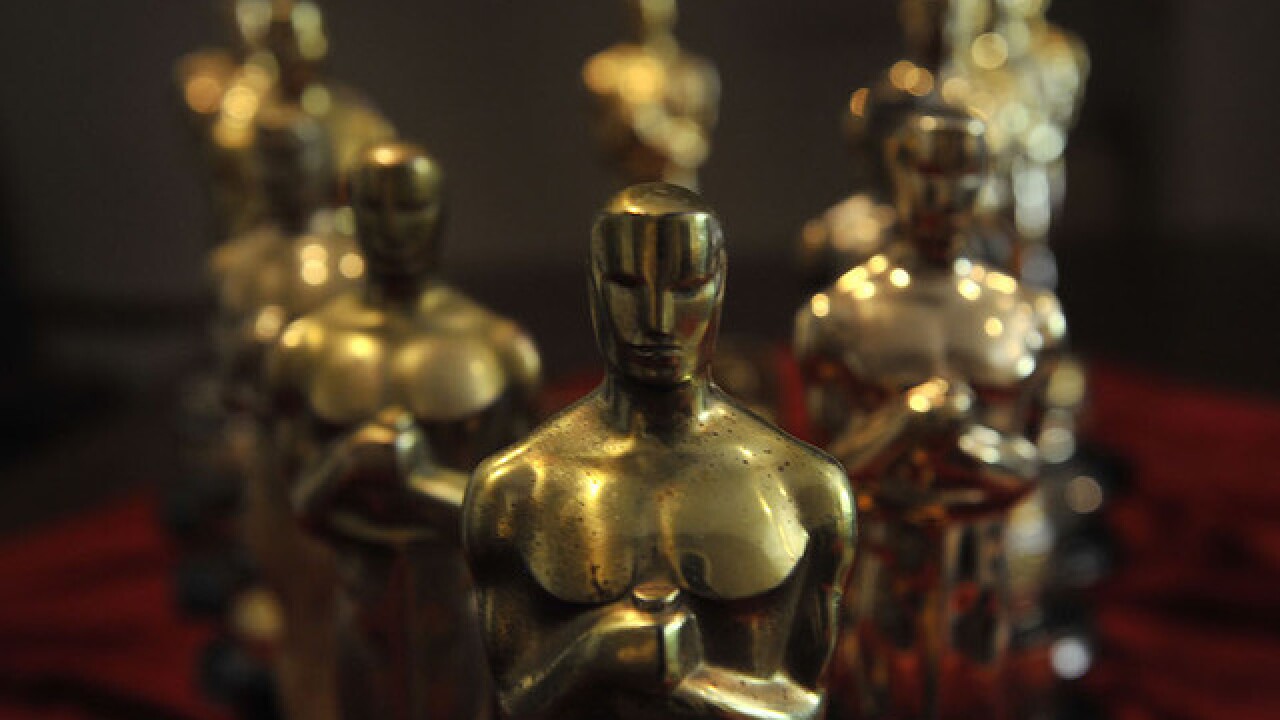 Image copyright 2012 Getty Images. All rights reserved. This material may not be published, broadcast, rewritten, or redistributed.
Toby Canham
<p>BRENTWOOD, CA - FEBRUARY 24: Nate Sanders displays the collection of Oscar statuettes that his auction company will sell online to the highest bidder on February 24, 2012 in Brentwood, California.</p>

No matter which movie wins best picture at the Academy Awards, someone will almost surely cry foul.

Even the greatest movies of all time have detractors and when members of the Academy hand out their most-heralded Oscar on Sunday, it's bound to stir some debate. But sometimes, the voters’ selection for best picture leaves both critics and audience members scratching their head.

Listed below are 10 of the most baffling upsets in the best picture category in Oscars history.

Looking back, this one might be the biggest head-scratcher in Oscars history. Director Orson Welles’ “Citizen Kane” is widely considered the greatest American movie ever made, while “How Green Was My Valley” has mostly been forgotten.

“Citizen Kane” was innovative in terms of cinematography, makeup effects and storytelling style, earning nine Oscar nominations but only winning one. Detractors of the Oscars often point to this 1942 upset as evidence of the overall irrelevance of the awards ceremony in terms of crowning cinematic masterworks.

One is regarded as an iconic Hollywood crime film while the other is a fun, but often forgotten musical about a singing, dancing clergyman. “Double Indemnity” would come to define the noir genre and influence filmmakers like Martin Scorsese and the Coen brothers, and while “Going My Way” is considered one of Bing Crosby’s greatest movies, it doesn’t carry quite the same eternal weight.

Nobody can argue with the fact that “Going My Way” won seven Oscars in 1945, but the fact that “Double Indemnity” didn’t earn a single trophy despite seven nominations, is still dumbfounding.

This best picture win represents an underdog story that would be on par with Rocky Balboa knocking out Muhammad Ali—or rather, three Alis. Sure, "Rocky" remains a beloved movie, but at the end of the day, it's a feel-good sports flick about a guy trying to impress a girl who works at the pet store.

Meanwhile, fellow best picture nominees "Network," "All the Presidents Men" and "Taxi Driver" remain among the most important—and respected—movies ever made. Ironically, "Rocky" was the biggest lightweight in this championship bout.

How do you compare an epic war movie with a small film about a family being torn apart by divorce? That’s perhaps the most unfair burden put onto Oscar voters. This 1980 decision counts as an upset because “Apocalypse Now” is still ranked among the most important and challenging movies ever made while “Kramer vs. Kramer” is mostly just remembered today for winning best picture.

Actors Dustin Hoffman and Meryl Streep each won Oscars for their performances in “Kramer vs. Kramer”—the film won a total of five trophies—while “Apocalypse Now” would only win two technical awards. This is like comparing apples to oranges but in retrospect, few will argue this selection wasn’t an upset.

Director Martin Scorsese never had much luck at the Oscars and this upset at the 1991 ceremony may have been his most questionable defeat. Critics and audiences loved Scorsese’s “Goodfellas” in 1990, but Kevin Costner’s romantic epic set in the western frontier proved too tempting for voters of the academy.

“Dances with Wolves” currently holds a respectable 81-percent critical rating at Rotten Tomatoes but isn’t nearly as revered as the 96-percent score of “Goodfellas.” Other Scorsese pictures that were upset at the Oscars included “Taxi Driver” in 1977 and “Raging Bull” in 1981.

Sure, “Forrest Gump” is a fun romp through the pages of modern American history but “Pulp Fiction” is arguably the most important movie of the 1990s. Tom Hanks won his second-consecutive Oscar for his role as the lovable main character of “Forrest Gump,” and the movie was nominated for a ridiculous 13 Academy Awards overall, but critics mostly called it a movie that was light on depth and heavy on special effects.

“Pulp Fiction” wasn’t the only beloved film upset by “Forrest Gump” for best picture in 1995. IMDB.com users rate “The Shawshank Redemption” as the greatest movie ever made , yet that film also lost to “Forrest Gump.”

“Apollo 13” was a touching and thrilling heroic tale with cutting-edge special effects and a top-notch cast, but the academy chose a 3-hour chest-thumping flick full of historical inaccuracies for its top award in 1996. Heading into the 68th Academy Awards, Mel Gibson’s epic “Braveheart” was the leader of the pack in terms of total nominations, but many critics preferred the NASA drama “Apollo 13.”

“Braveheart” was up for 10 Oscars, eventually winning five, including the big one. “Apollo 13” was a favorite with audiences and critics, becoming the third highest-grossing movie of 1995 and currently holding a 95-percent Rotten Tomatoes score. In 2005, the film publication Empire declared “Braveheart” the worst movie to ever win best picture.

The long-held debate about this Oscar race centers around the politics of the Academy Awards. Powerful producer Harvey Weinstein—who helped finance “Shakespeare in Love”—reportedly campaigned harder for his film than any other producers, leading the voters to select it. Few people would say “Shakespeare in Love” wasn’t a good movie, but fewer still would say director Steven Spielberg’s “Saving Private Ryan” wasn’t a masterpiece.

“Saving Private Ryan” is beloved for its historical accuracy and the dignity with which Tom Hanks portrayed its mysterious hero. Despite an R rating, the WWII epic was the highest-grossing movie of 1998 and was as beloved by critics as by audiences. This wasn’t the first time a Spielberg film was upset at the Oscars. In 1983, “E.T.” lost to “Gandhi.”

Heartbreaking historical dramas have typically done well at the Oscars, especially when they invoke a real-life tragedy like the Holocaust. That’s why coming into the 2003 Academy Awards, “The Pianist” was expected to be a favorite to win best picture. Instead, the academy voters went with a flashy, colorful musical.

The big win by “Chicago” made it the first musical to win best picture since 1968 and while the movie was a fun, well-made spectacle, it didn’t reach the depths of director Roman Polanski’s shocking docudrama.

As far as best picture winners go, “Crash” is one of the most forgotten. It boasted an impressive cast including Sandra Bullock and Don Cheadle, but didn’t generate the kind of buzz or widespread critical praise of “Brokeback Mountain.”

“Brokeback Mountain” was hailed as one of Hollywood’s greatest—and most tragic—love stories with outstanding performances from Heath Ledger and Jake Gyllenhaal. In the end, “Crash” became the first best picture winner since “Rocky” to only earn three Oscars. Today, it holds a mediocre 75-percent Rotten Tomatoes rating.