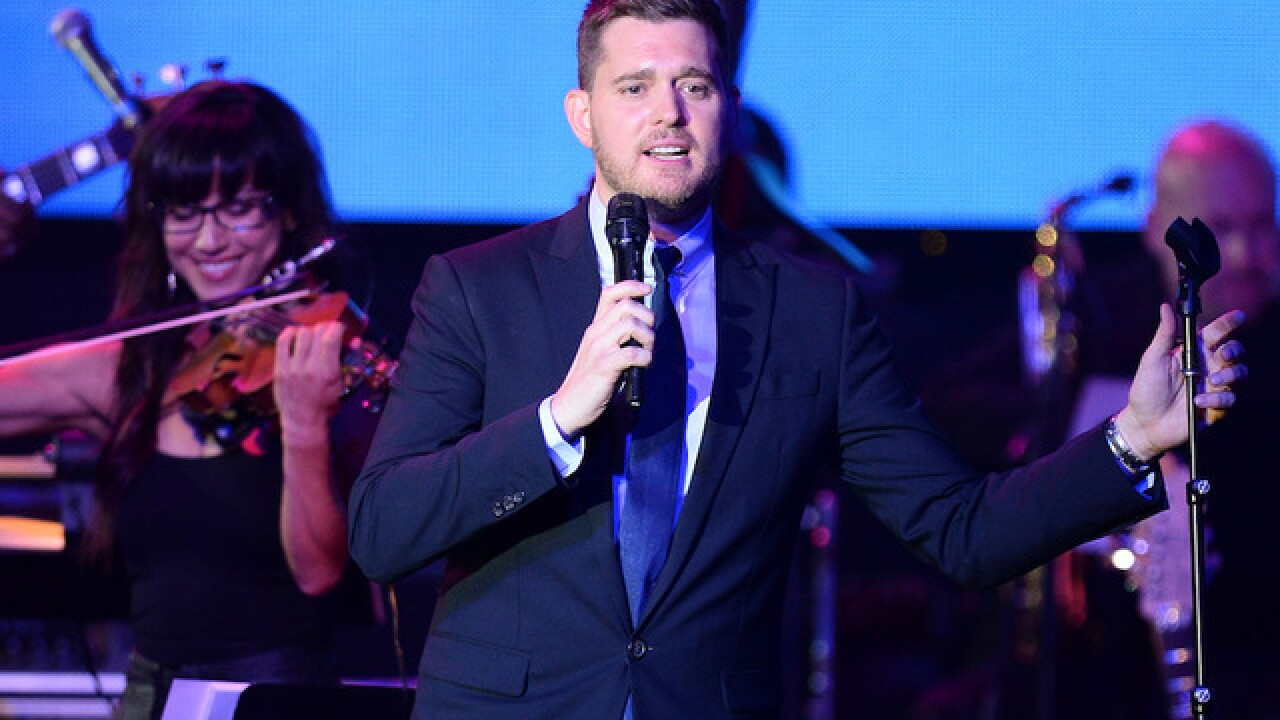 Singer Michael Buble says he has put his career on hold after his 3-year-old son Noah was diagnosed with cancer.

In a note posted to Facebook today, Nov. 4, Buble said both and his wife, Luisana, will be focused on Noah.

Buble is a 41-year-old Canadian singer and producer. His wife is an Argentine actress, and they were married in March 2011. Noah was born in 2013, and their second son, Elias, was born earlier this year.

Buble's latest album, "Nobody But Me," was released two weeks ago.