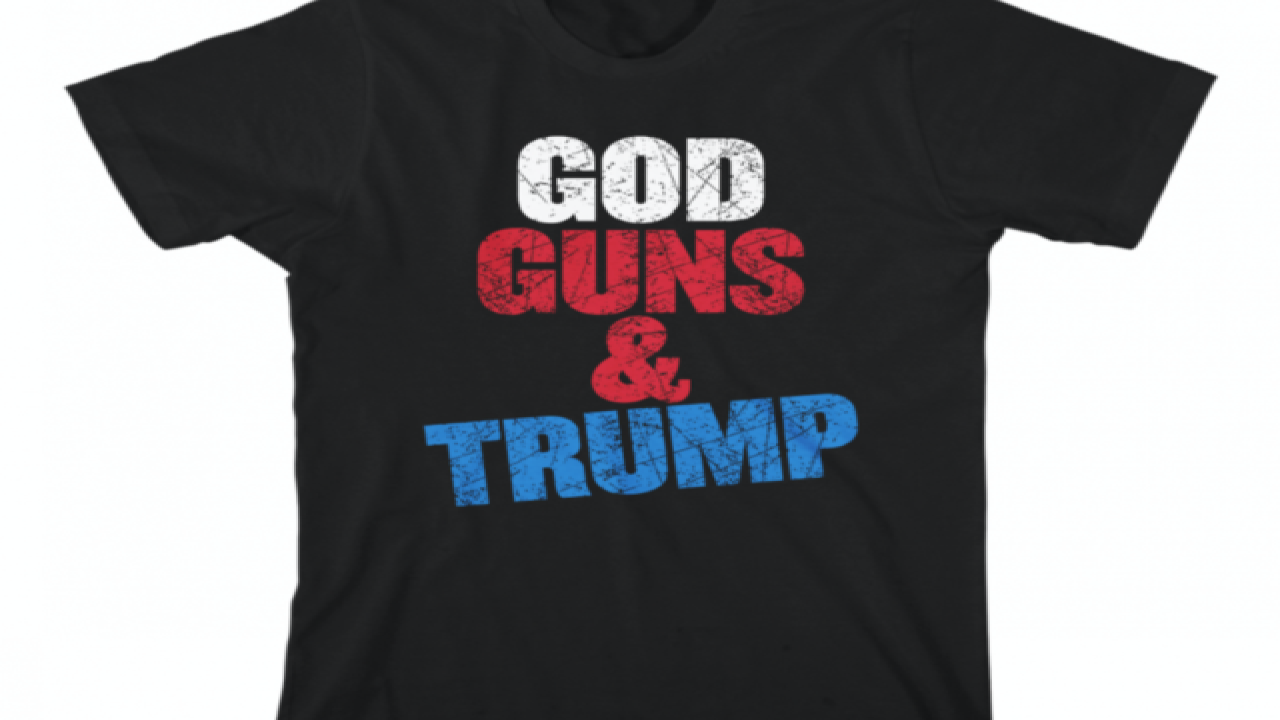 Kid Rock is launching his own line of pro-Donald Trump merchandise , including a Trump-style campaign hat.

There's also a shirt that reads: God, Guns and Trump.

The site says: "Due to overwhelming demand, we decided to go ahead and actually make these t-shirts."

Rock is one of several Detroit musicians to take a high-profile stand during this election year.

Ted Nugent backed Trump, while Eminem and and Jack White have criticized the president-elect.