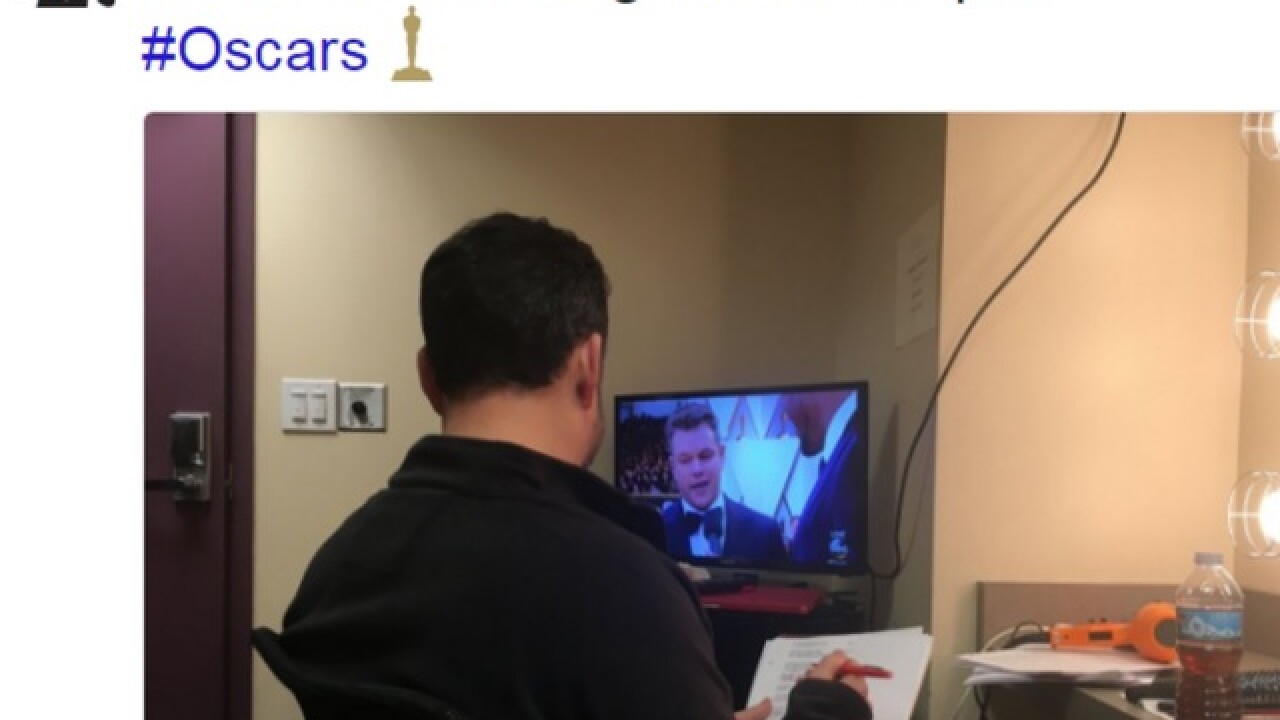 In addition to the Best Picture snafu, candy falling from the ceiling and the impromptu Hollywood tour stop at the Dolby Theatre, Oscar host Jimmy Kimmel had plenty of jokes aimed at his nemesis, fellow actor Matt Damon.

It began with a subtle tweet as the actors were making their way down the Oscars Red Carpet:

It then escalated to a short jab during Kimmel's opening monologue.

My opening monologue from the 89th #Oscars... @TheAcademy @ABCNetwork pic.twitter.com/rXNU8aZfcd

And then Kimmel filmed a tribute to Damon's work in the movie, "We Bought A Zoo."

Later in the night, Damon was introduced as "guest" when a presenter alongside Ben Affleck. Every time Damon tried to read off the prompter, the orchestra would play the music that usually indicates an actor needs to quickly finish his or her acceptance speeches.

The camera then panned to show Kimmel leading the orchestra.

"WRAP IT UP!" - @Jimmykimmel playing Matt Damon off the stage while he reads nominations. #Oscars https://t.co/7oCByw2eCc pic.twitter.com/qaEEjeshL0

All in all, it made for several funny moments throughout the show.