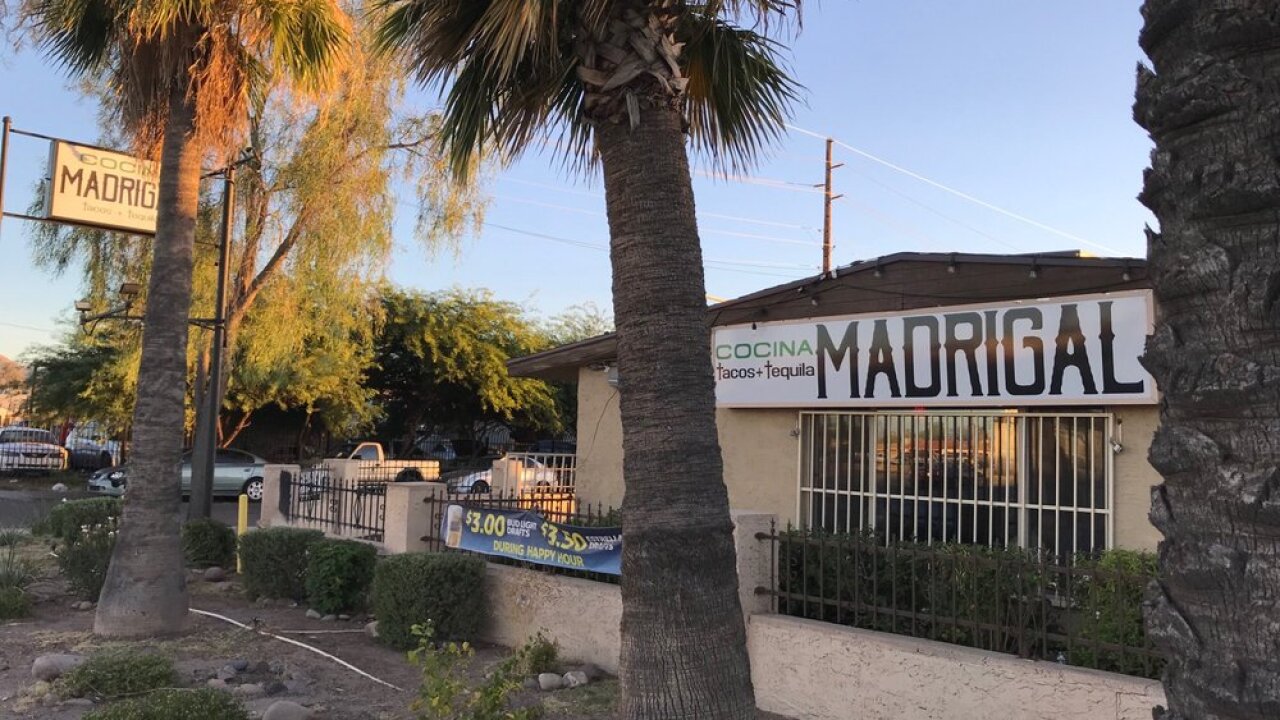 PHOENIX — If you're looking to try some new restaurants, or simply some new-to-you eateries, Yelp has unveiled its annual listing of the top restaurants in the United States to try in 2020.

Cocina Madrigal, which specializes in Mexican cuisine, made Yelp's list in 2019. It is the first time that Barista del Barrio, a small cafe in Tucson, and Indian Gardens Cafe & Market in Sedona made the list.

To make the list, Yelp said: "Yelp’s data science team pulled the top restaurants by ratings and number of reviews in 2019 across the U.S., with representation based on each place’s share of top-rated restaurants nationally, then curated the list with the expertise of our community managers around the country to finalize the rankings."

Last year, Worth Takeaway in Mesa, Kodo Sushi Sake in Scottsdale, Homers Smokehouse in Queen Creek, Cocina Madrigal in Phoenix, Momo Bowl in Apache Junction, and Not Your Typical Deli in Gilbert made the list.

If you need some more inspiration, OpenTable revealed its listing of the top restaurants of 2019 in December. That listing featured four high-end restaurants in Arizona: Kai, Steak 44, Ocean 44, and Cafe Monarch.