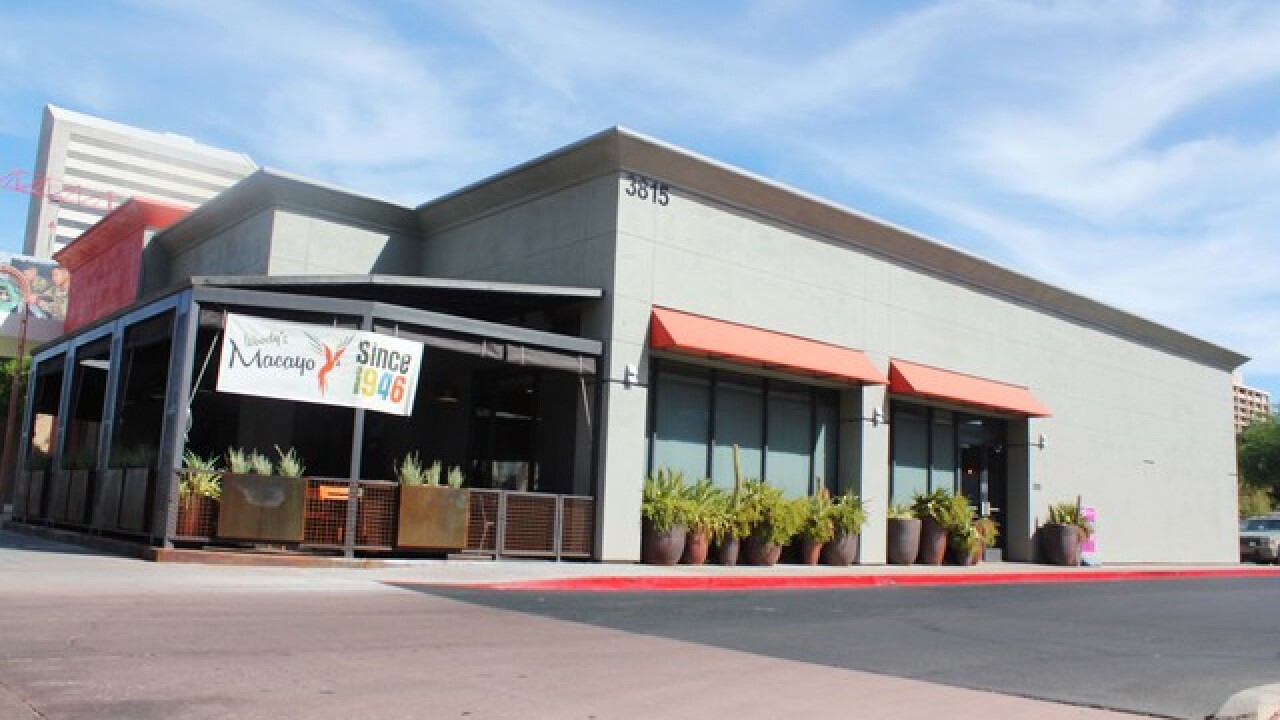 The most recent location of the original Woody's Macayo opened in 2017 near Central Avenue and Camelback Road. It replaced Macayo's iconic temple-shaped restaurant which was demolished in 2016.

That location's last day was New Year's Eve. News of the closure was announced last week in a news release.

In 2019, Macayo's sold its brand and most of its restaurants to Kind Hospitality, a company that operates other restaurant brands, including Panera, New York Pizza Department, and O.H.S.O.'s airport locations. (In 2017, Macayo's closed its Scottsdale location. The following year, locations in Casa Grande and Tucson also closed).

Two restaurants -- the now-closed Woody's Macayo and Macayo's Depot Cantina (which currently remains open) -- were owned and operated by the children of Woody and Victoria Johnson, who founded Macayo's in 1946, under a two-year agreement, said Nava Singam, owner of Kind Hospitality, in a statement.

She also said in her statement that the Tempe Depot location would "remain open until further notice."

"We're committed to upholding the visions and traditions that have long made Macayo's a favorite in the Arizona restaurant scene," she said. "We have big plans to expand in the year ahead and look forward to sharing those plans with the general public soon."

While not yet officially announced, there is a Macayo's "coming soon" sign on the former Denny's location near Scottsdale Road and the Loop 202 (Red Mountain) off-ramp. A spokesperson confirmed the project to ABC15 last year and said the opening was planned for the first quarter of 2020.

In November, Macayo's applied for a liquor license for the Tempe location as well as another location near the US 60 and Superstition Springs Blvd. Specific details on the potential Mesa location were not immediately known.

Last year, Kind Hospitality confirmed that a Macayo's location would also open at Phoenix Mesa-Gateway Airport. That location is expected to open in April or May, according to a spokesperson.

Macayo's has other locations in Glendale, Goodyear, Mesa, and Phoenix.

Editor's note: This article was updated to include information about Macayo's expansion plans at Phoenix-Mesa Gateway Airport.