What to expect when Caesars Republic hotel opens in Scottsdale 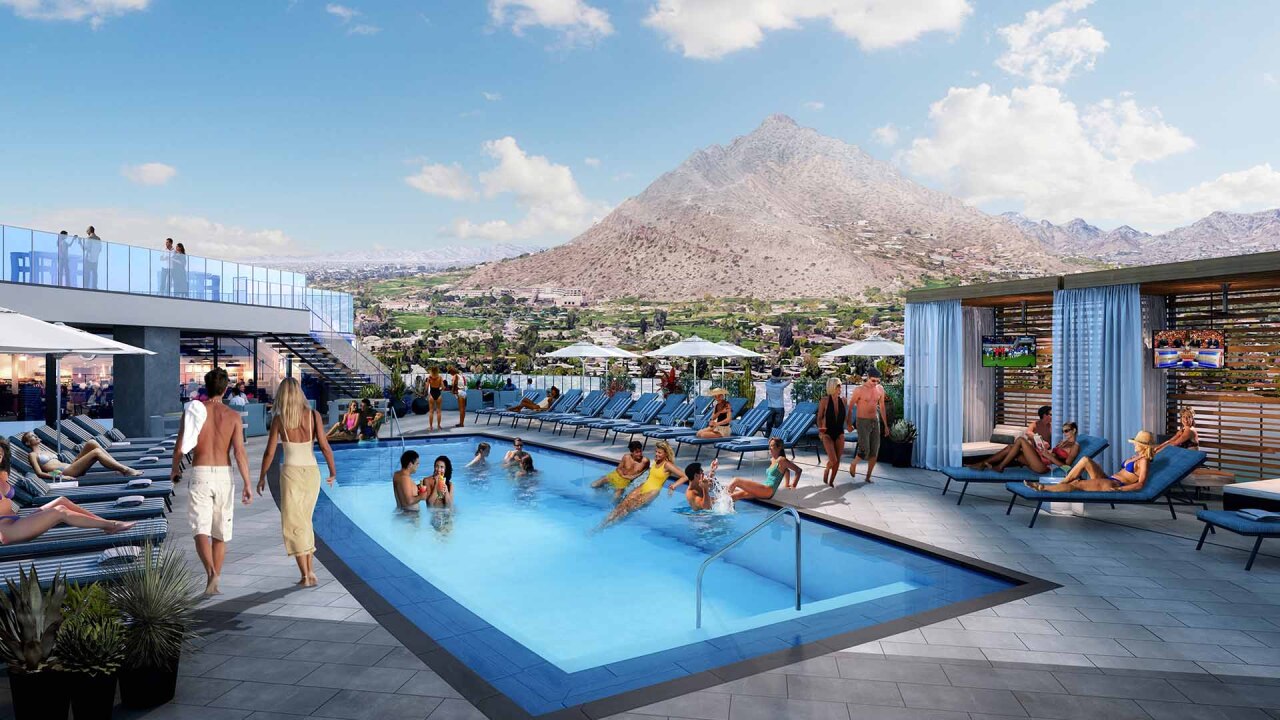 With shovels in hand, those affiliated with the project, including celebrity chef Giada De Laurentiis, participated in a groundbreaking ceremony on Wednesday afternoon to mark the start of construction. Nineteen months from now -- fall 2021 -- the 11-story hotel is expected to open, officials said.

The hotel is being built on the northeast corner of Goldwater Boulevard and Highland Avenue in Scottsdale, north of the Macy's entrance and parking structure, and close to the mall's newly-revamped luxury wing.

When it opens, the hotel will have:

People will likely recognize Giada De Laurentiis from the Food Network where she has hosted a number of shows, including Everyday Italian, served as a judge on Food Network Star, and has appeared on many of the network's other shows, such as "Beat Bobby Flay."

She will have two restaurants at the Scottsdale hotel: Luna by Giada, a new concept, and Pronto by Giada, her restaurant inside Caesars Palace in Las Vegas.

The chef told ABC15 that Luna by Giada would have California-inspired Italian food and would take some items from her restaurant menus in Las Vegas, while "other things will be created for the Arizona culture." People could also expect more table-side service, though she did not elaborate.

At Pronto by Giada, the chef's fast-casual concept, people will be able to get on-the-go items, such as coffee, paninis, and gelato, she said.

"I have a lot of families and kids that are fans of my food and my shows," she said. "I thought it'd be really nice to do something that's a little more family-oriented and there is no gaming at the hotel. I haven't done that yet. I thought that it might be a fun change for me."

She said the restaurant designs would integrate the kitchen with the dining room so people would be able to see what is happening in the kitchen.

"We wanted to create a concept that elevates everything Scottsdale has to offer. We wanted to introduce an experience that is truly unforgettable," he said during the event.

The hotel will have five 2,000-square-foot penthouse suites with outdoor terraces and butler kitchens, according to the brochure, plus 28 luxury suites, including "wellness suites," that have a Peloton bike in them.