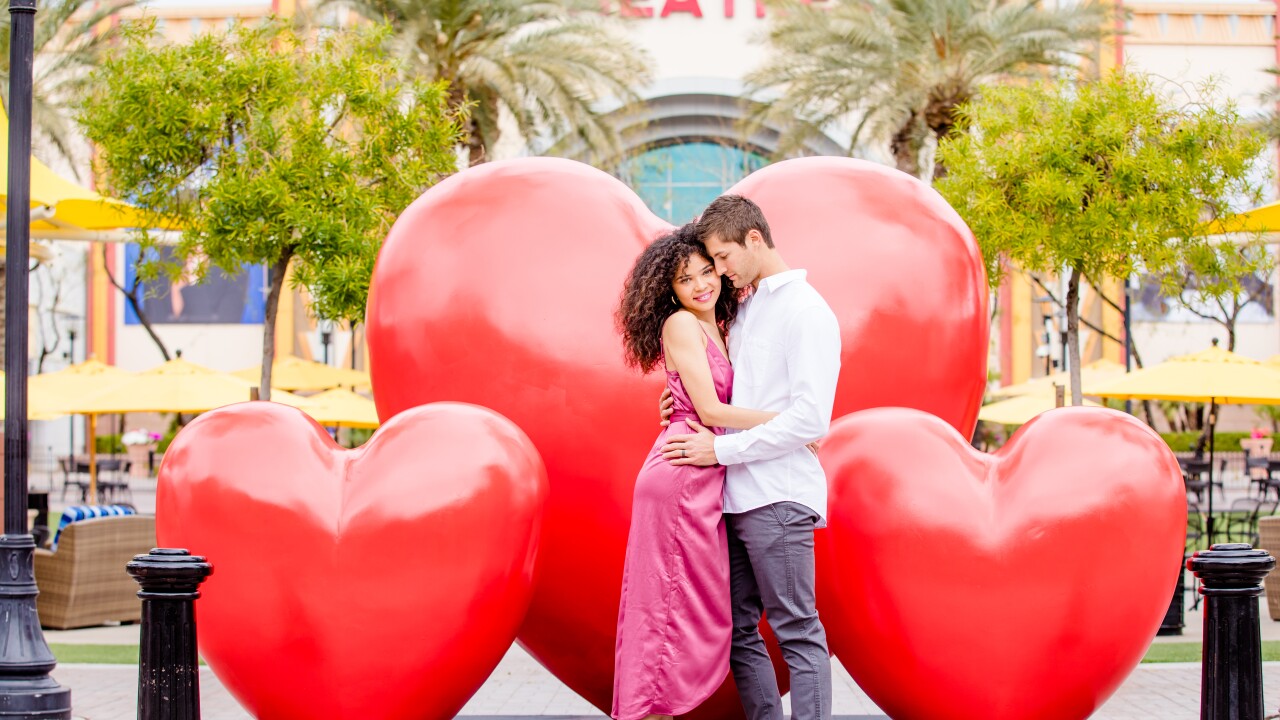 GLENDALE, AZ — Are you looking for that oh-so-perfect photo to post on Instagram ahead of Valentine's day?

Westgate Entertainment District in Glendale recently unveiled a 700-pound sculpture featuring three 3-D hearts. It will be on display through Sunday, Feb. 17.

They were designed by R and D Designs, a small Arizona company that started last year, said co-owner David Nowak. He said the sculptures are made out of four-inch foam pieces that were individually cut and shaped into hearts and then sprayed with a protective plastic-like material.

The idea was to create an "Instagram moment," he said. Nowak said it took about five weeks from design to installation.

The company also helped create 92 hanging hearts that are suspended near Waterdance Plaza, he said.